Hubert Parry and the Battle of Jutland 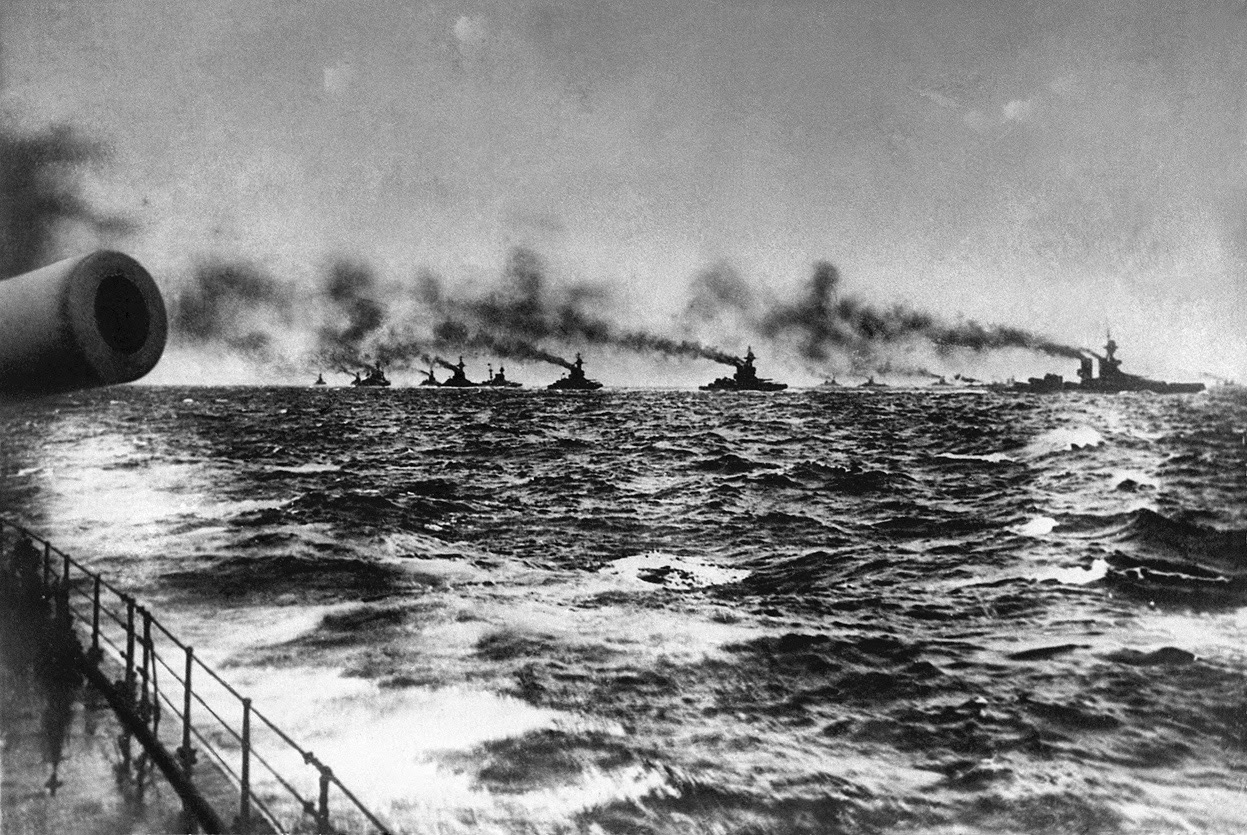 Commemorations this weekend for the Battle of Jutland, which took place 100 years ago this week.  The British navy seemed invincible, Admiral Jellicoe tipped to become the Nelson of his age.  The Dreadnoughts were the largest warships ever built, and the Battle of Jutland was the biggest  naval skirmish in European history. With the Army bogged down in the Somme, the Royal Navy was to claim spectacular victory.  Above, the warships sailing in neat, textbook formation., guns blazing. What went wrong ? So much had been invested in superstructure that simple, human procedures were overlooked.  Below decks, the men loading the guns had so little space to manoeuvre that they cut corners.  When the munitions stores ignited, the ships exploded and sank rapidly.  In the midst of war, the government had to maintain that Jutland was a victory. This week, the Royal Navy announced the building of vast new aircraft carriers that "will make enemies think twice about starting war". (more here)  But the very nature of warfare has changed, as the Russians discovered in Afghanistan, and the Americans in Vietnam.  We only need to follow the news. On the open seas, where there is no cover and no fallback position, it might not be a good idea to concentrate resources in one place.  On the centenary of the Battle of Jutland, should we reflect ?

Charles Hubert Parry's The Chivalry of the Sea - a Naval Ode, was written for a concert on December 12th 1916, commemorating the 6,000 men who died on the night of 31st May and 1st June. The text, by Robert Bridges, is dedicated to Charles Fisher, a graduate of and don at Christ Church, Oxford, a lieutenant in the Royal Naval Volunteer Reserve, who went down with HMS Invincible when it blew up. The photo below shows the Invincible as it sank, with Fisher and 1,025 men. We don't see the massive plume of smoke, captured in other photos. The ship is already part submerged.

Bridges' text might glorify sacrifice. But as Lewis Foreman has said, Parry was a born sailor, "never happier than when running before a prevailing wind", sailing in his small two-master even to Ireland.  A sailor knows the sea and has no illusions about its power.  Parry's Chivalry of  the Sea begins in the depths with a sonorous undertow from which the brighter "chivalry" theme emerges for a moment, soon dissipating like foam on waves, whose strong undercurrents emerge again in a long passage in the midst of the verse.  The orchestral surge continues behind the lines "Over the warring waters".  No question here who's really boss. 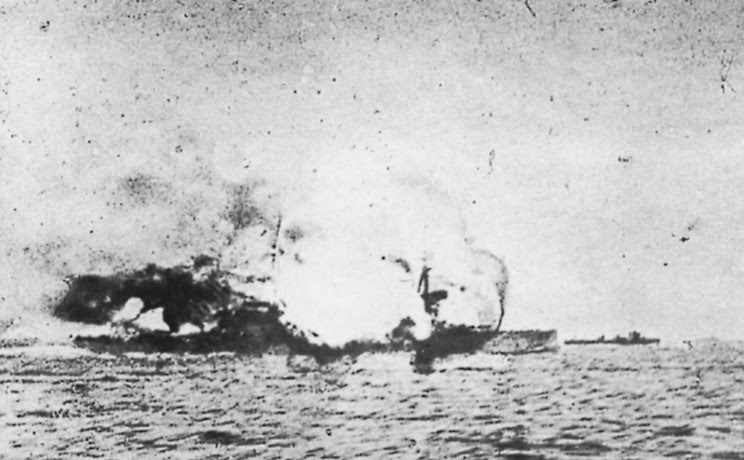 The second verse, in which Bridges describes the "staunch and valiant hearted" who eagerly rush to war, is set with conventional brightness,  bright and eager, but Parry repeats the word "war" three times to Bridges' single instance, lest we think the men are off on jolly jaunts.  In the final verse, Parry has the measure of the occasion. The "surging waves" in the orchestra return, and the mood is more doleful.   "in the storm of battle, fast-thundering upon the foe, ye add your kindred names  to the heroes of long ago, and mid the blasting wrack, in the glad sudden death  of the brave....ye lie in your unvisited graves".   Although the choral setting is lush - the voice of the masses - Parry sets the word "sudden" with a chill. Perhaps he intuited the horror of Jutland. At least those blown to atoms at Jutland didn't suffer long.  But some of them were little more than children. Please read the comment below - Parry's godson was one of the only 6 survivors of The Invincible.  The young man's other godfather was Richard Wagner, no less !
at May 28, 2016