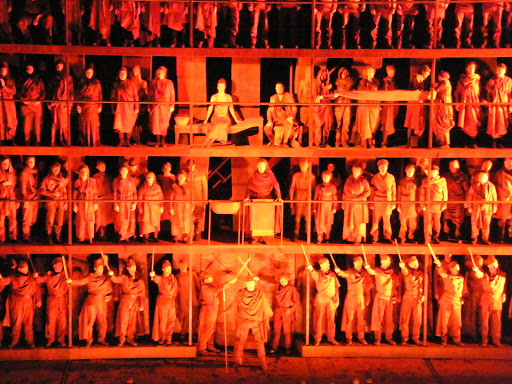 George Enescu Oedipe came at last to the Royal Opera House.  Oedipe is an astonishingly complex work, so rich and idiosyncratic that it defies category. We hear sounds that evoke the ancient past. like flutes and folk-like instruments which some identify as being Romanian, and sound that place the opera in the world of The Rite of Spring and Król Roger.  The orchestration is luscious yet elusive, embellished with unusual sounds like saxophone, wind sheet and whips.  Musically we are in  strange territory, as if suspended in time and place. Oedipus's psyche is unsettled, alienated from his surroundings, and so should we be, too, as we follow his journey. Yet Oedipe is hypnotizing, with its combination of beauty and foreboding. So many clues in this opera lie in abstract music. Will London audiences pay attention? 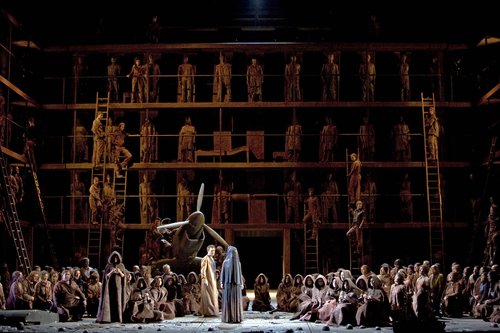 This production, created by Alex Ollé (La Fura dels Baus) and Valentina Carrasco, was a sensation at La Monnaie in 2011.  The overture unfolds in darkness. Figures appear, lit in shades of earthy ochre against a black backdrop. The figures hold stylized poses, like ancient Greek pottery on a giant scale. Slowly, they move, as if called into life by the music.  Ollé is a director who understands the connection between music and visuals.  The First Act is stylized too, reflecting the  discipline of Greek tragedy.  Oedipus  the infant is a doll in every sense, a toy of Fate, to be passed around like an object.  When he grows up and learns about the curse he has to leave his adopted parents.  He loses his identity. In this production, he wanders through roadworks, where familiar routes are blocked off. Literally he's in no man's land. He can see Laius and his companions in the darkness because they wear high-visibility jackets. They belong  there, they know their way.  Oedipe doesn't.  He doesn't even know that the prophecy is fulfilled when they die. 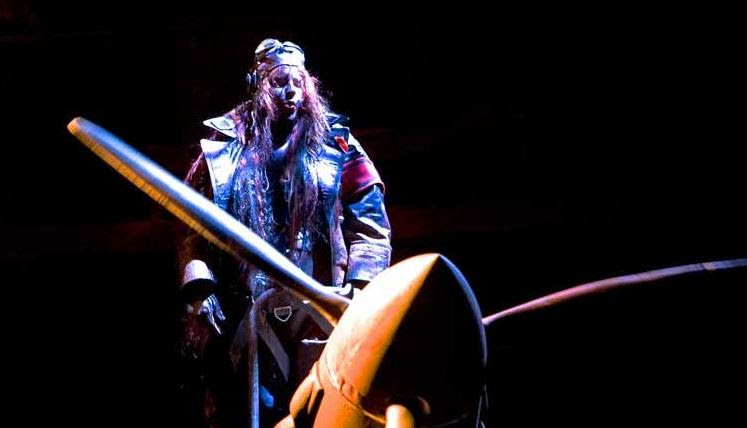 The music in this part of the opera is amazing. It's just as well that we can't see much on stage. We should be listening. We shouldn't complain but appreciate that Enescu is making us think, just as Oedipe finds his way.  Out of the shadows looms the Sphinx, here depicted as a war plane, rather aptly, since the Sphinx has wings and rains down death one those who get in the way.  Again, connect the music to the stage action. The plane is grounded, like the Sphinx, but as the music whirs, its engines springing into life.   Its voice comes from a figure disguised in goggles and uniform, suitably anonymous as Fate is. But what singing!  The part is demanding, and has to be delivered with authority. Fortunately, Marie-Nicole Lemieux who created it in Brussels, sings in London too.  As her music fades away, the orchestra emits a low drone, like the sound of giant wings, taking off into the air. Again, perceptive matching of music with action. Try staging that "realistically", especially in an opera that predicates on surreal non-reality. 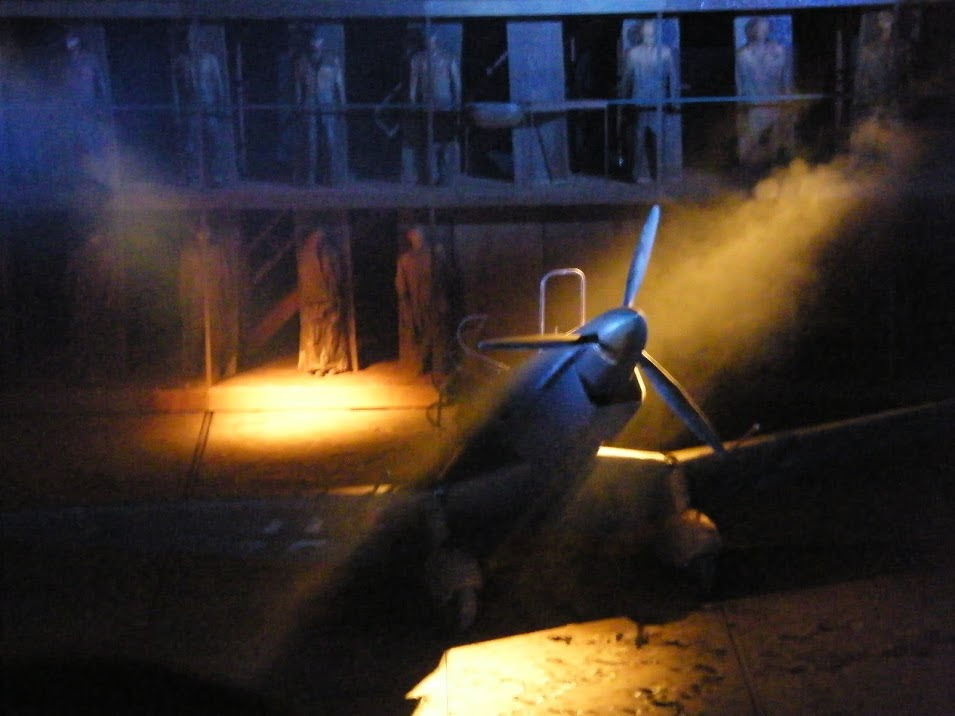 As saviour of the Thebans, Oedipe gets to marry Jocasta. Strictly speaking he is the rightful heir but the irony is that the succession wasn't meant to be this way. Years later, Creon, Tiresias and the shepherd spill the beans. Perhaps Oedipe had an inkling all along. His part is vividly characterized in the musical line, wavering in indeterminate tones, immensely difficult to sing, especially as he's on for nearly two and a half hours. When Dietrich Henschel sang Oedipe in Brussels, his hard metallic timbre was absolutely ideal for the portrayal, since it reflected the idea of Fate as a machine, consuming those it traps.   Even the slight strain that ate into his voice as the evening wore on was perfect.  I'm not sure the part is really right for someone too ripe. When John Relyea sang it in Edinburgh in 2002, he was very young indeed, adding a good sense of tension.  Faced with the truth, Oedipe rips his eyes out.  The staging reflects "blindness", visual detail obliterated in strong washes of single colour. Again, follow the music when you can't see.  Oedipe has Antigone.  We have Leo Hussain, who also conducted in Brussels, and is masterful.

When father and daughter reach Colonna, Oedipe knows he can escape no more and departs in a blaze of light. Reports of near-death experiences often mention tunnels of light. In Oedipe's case, however, the reference could also be to the birth canal whence Oedipe once came, and where he travelled back, incestuously.


Enescu's Oedipe is a masterpiece but it's certainly not obscure.  It's hard to produce, requiring a baritone with stamina and personality, a large chorus and some very tricky stage effects.  So hopefully, London audiences will appreciate how lucky they are to get a chance to experience its full impact.  There are  several recordings from the late 1990's,  like José van Dam with Lawrence Foster in Monte Carlo, and Monte Pederson with Michael Gielen, recorded in Vienna, (originally staged in Berlin in 1996 by Götz Friedrich), followed by the concert performance at Edinburgh in 2000, with John Relyea with Cristian Mandeal, all recommended.

Please see also my review of the brilliant ROH Szymanowski Król Roger. HERE.  London will be a duller place without art, and without Kasper Holten.
at May 23, 2016