Arnold Schoenberg and the Swiss Guards 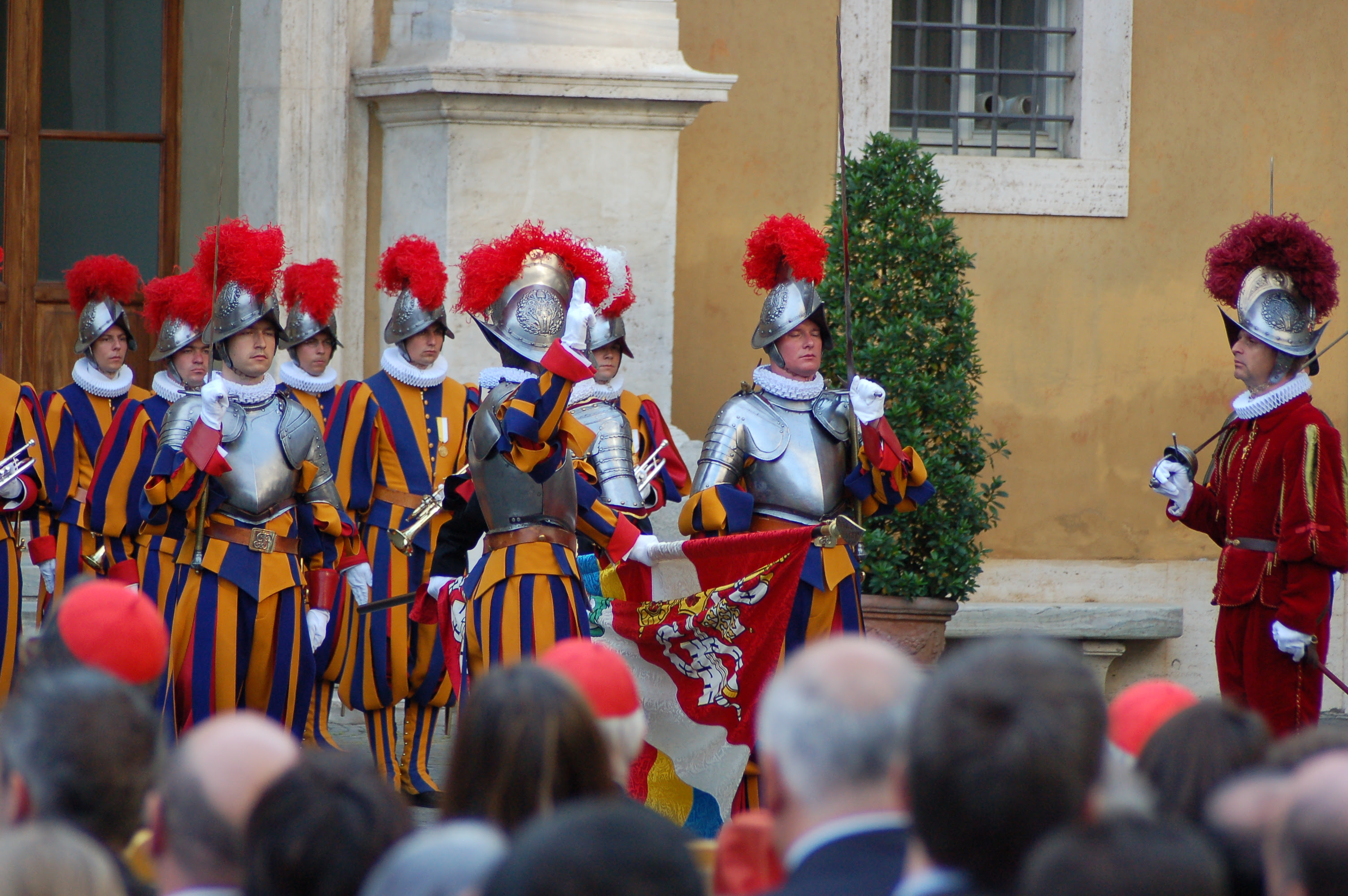 A flash of vivid colour - the Swiss Guards in their Renaissance costumes, guarding the Pope in the Vatican. They have to be bright, physically fit, Swiss and Catholic which limits them to a fairly small gene pool.  Because there's no open recruitment, they're ferociously clannish and loyal to each other and to the standards they believe in. How does Arnold Schoenberg fit in ? Schoenberg's Friede auf Erden sets a poem by Conrad Ferdinand Meyer (1825-1898), the Swiss poet and novelist.

In this poem, Meyer wasn't writing about the Swiss Guards per se,  but he was fascinated by pageantry and especially by Rome. So it's interesting that when he did write about the Swiss Guards, in his poem Der Schweizer, he did so as satire. "Sie kommen mit dröhnenden Schritten entlang Den von Raffaels Fresken verherrlichten Gang, In der puffigen alten, historischen Tracht, Als riefe das Horn sie zur Murtener Schlacht: (They march in lordly formation, as if they were painted in a fresco by Raffael, in their antique garb, as if they were called to the battle of Morat, where they defeated Charles of Burgundy in 1467).

But the Pope is cutting back, skimping on coal and candles. How are the Swiss Knights to survive?

So the Pope mumbles and ups their pay packet and the Lions become Lambs once more. The value of Industrial Action!

Even deeper irony : the poem was set by Viktor Ullmann in 1942, when he was in Theresienstadt. Apart from Schoenberg and the Swiss composer Othmar Schoeck, hardly anyone set Meyer's poetry, so Ullmann must have had his reasions. He would almost certainly have been familiar with Schoenberg's Friede auf Erden, as he knew Schoenberg and his circle. Ullmann plays up the sardonic tone, emphasizing the rebellious anarchy. The Swiss Guards are beautifully kitted out but treat them badly and they'll turn on their master, even if he is the Head of the Church. And the Pope gives in, meekly.