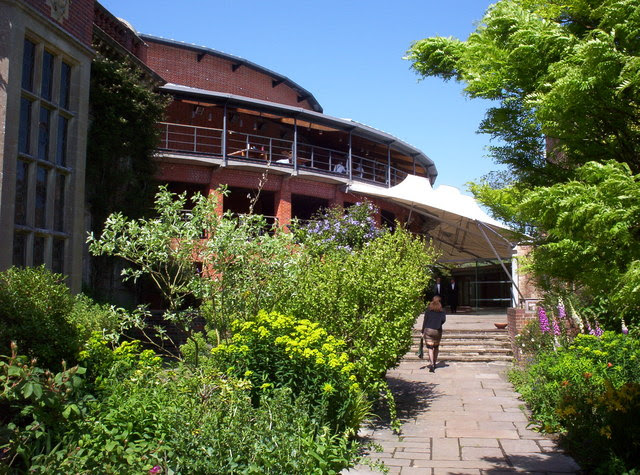 Exciting developments at Glyndebourne! Many new initiatives that could transform Glyndebourne from a summer festival to a truly international, year-round opera experience.

But first, details of the 2013 season. A new production of Rameau Hippolyte et Aricie,
a first for Glyndebourne and relatively rare in live performance. This is big news because it will be conducted by William Christie who does Rameau with more élan than anyone else. If anything, this could outshine the famed Glyndebourne Purcell The Fairy Queen. (reviewed here) Rameau is even more extravagantly baroque than Purcell, and, of course, is associated with dance more than any other composer before Stravinsky. Imagine the possibilities! Christie is joined again by director Jonathan Kent and designer Paul Brown, so they should be able to come up once more with something spectacular. Sarah Connolly will sing the role of Phèdre. No doubt, this will be a highlight of the whole 2013 year.

The other new production for 2013 will be Richard Strauss Ariadne auf Naxos. Vladimir Jurowski is standing down as Glyndebourne's Music Director after 13 years, but there'll be another chance to hear him there in a special Celebration Concert, where he'll conduct a dramatic realization of Benjamin Britten's Canticles. .Jurowski's legacy will also be marked by the release of four of his performances on the Glyndebourne label - La Cenerentola, Love and Other Demons (Eötvös) , Tristan und Isolde,  and Die Meistersinger von Nürnberg (reviewed here)

Not quite a revival, not quite a new production : Donizetti Don Pasquale.  This hasn't been seen in the main Festival but was very well received during the 2011 Glyndebourne Touring Opera season. This time, Danielle de Neise will be singing Norina. Marking the Britten and Verdi anniversaries, Glyndebourne will revive the Michael Grandage Billy Budd (Padmore instead of Imbrailo) and Richard Jones's acclaimed Falstaff. Le nozze di Figaro sold so well in 2012 that it will be back next year too.

Glyndebourne's Sussex summer season is unique, but its magic can be enjoyed all year round. The 2012 Touring season runs until 8th December and reaches eight British towns. The operas are Rusalka, Le nozze di Figaro and The Yellow Sofa, by Julian Phillips, Glyndebourne's Composer-in Residence. This year there will also be special screenings of the David McVicar Handel Guilio Cesare.  Glyndebourne Touring Opera doesn't merely replicate the main Festival but offers its own specialities, as the hit Don Pasquale proved. The big draw in 2013 will be Benjamin Britten's The Rape of Lucretia, receiving its first Glyndebourne staging since its 1946 premiere with Kathleen Ferrier and Peter Pears, who will be a hard act to follow. Also touring next year will be L'elisr d'amore, Hansel und Gretel and a new commission, Captain Blood's Revenge, aimed at schools and families, an important facet of Glyndebourne's outreach programme.

Glyndebourne also reaches out internationally. New for 2013 is a Digital Festival where all six Festival operas will be broadcast in cinemas and online through a combination of live and recorded-live transmissions. Picturehouse Entertainment will be screening Glyndebourne productions next summer in over 100 cinemas. As a special seasonal treat, the Guardian will also stream the 2007 production of Tristan und Isolde (Bělohlávek, Stemme, Gambrill, Pape) from 26/12/12 to 6/1/13. What's more, Glyndebourne's own recording label is now making its entire catalogue available for digital download, with new releases like The Cunning Little Vixen (reviewed here) and the Ravel double bill L’heure espagnole and L’enfant et les sortilèges, (reviewed here)
photo: Iain Crump
at October 04, 2012