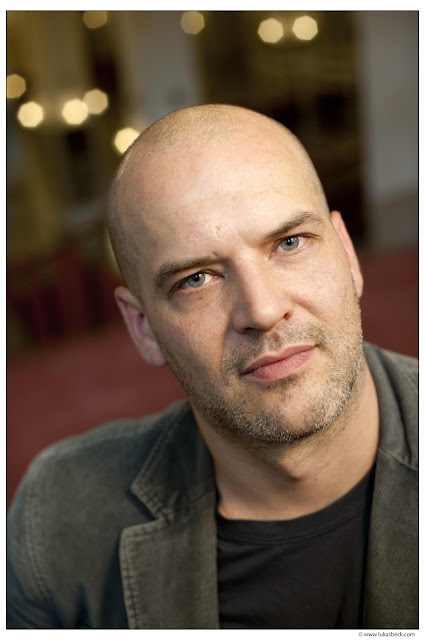 ”Through performing, I've come to understand Die Schöne Müllerin in a different way”. A young miller follows a brook which leads him to a mill. There’s nothing sinister in that per se, for millstreams lead to mills and the miller is looking for work. The miller falls in love with the miller's daughter, but she falls in love with a huntsman. The last song, Des Baches Wiegenlied, is a lullaby, and it’s often assumed that the references to sleep and nightfall mean death.

“It’s much stronger than that”, says Boesch. "The miller is not schizophrenic, he's articulate and has a sophisticated inner consciousness. The Wiegenlied is not romantic simple-mindedness. It's much more profound than a love dream. I believe it is a sensitive human being's way of connecting with his inner self".
.
"We know about Wilhelm Müller and we understand what an intelligent man he was. Although Müller is known today for Schubert’s setting of his poems, in his own time he was known for much more. He fought in the battles of the Prussian Resistance to Napoleon and passionately supported the Greek wars of independence from the Turks. Romanticism involved more than escapist dreams: it embraced action, freedom and progressive ideas.

Boesch refers to the work of Erwin Ringel, the Austrian psychoanalyst who studied suicide. Ringel’s theory on Presuicidal Syndrome involved three phases: constriction caused by situations in life, aggression channeled inward towards the self, and fantasies about suicide as a form of action.  Not all who think about suicide actually follow through. “In that sense” says Boesch, “we can interpret Die schöne Müllerin as a psychological dialogue.  The miller is thinking about the situation he is in and is trying to imagine how to resolve it.  Thoughtful people are always considering the possibilities before them. The miller doesn't have to be talking to a real brook. The brook is another aspect of his own personality, guiding him to make the right choices."

"So," says Boesch, "consider the text". At times of stress, the miller reflects by projecting his feelings. "In Der Müller und der Bach the dialogue is clear. The man speaks of angels singing  to rest the soul. But the Brook says Ein Sternlein, ein neues, Am Himmel erblinkt (a little star, a new one, shining in the heavens)". Then will rise three roses Die welken nicht wieder, Aus Dornenreis.. From the thorns, new growth that will never wilt. "And then, "says Boesch, the image of "die Engelein schneiden, Die Flügel sich ab und gehn alle Morgen zur Erde hinab", What is an angel without wings? A new woman, who will always return. The brook is the more mature, more positive side of the miller's mind. It's telling him that no matter how bad he feels now there will be new mornings and faithful women in the future. The brook is always moving forward, it does not stand still".

Significantly, Wilhelm Müller had a bad love affair but later married happily. Although Schubert wrote the cycle around the time he learned he had syphilis, it isn't necessarily autobiographical.  "Consider Winterreise" says Boesch. "Again, the man does not have to die or go mad."

Boesch's rationale is far more sophisticated.  "In Das Wirtshaus, the man visits the cemetery. Allhier will ich einkehren, hab' ich bei mir gedacht (here I'll settle, I thought). But he rejects death.  Nun weiter denn, nur weiter, mein treuer Wanderstab!" The walking stick leads him on, just like the brook keeps flowing. The man has many chances to stop and die but he chooses to brave the wild weather and struggle on. "Even in the beginning, there's that phrase Die Liebe liebt das Wandern, Gott hat sie so gemacht, von einem zu dem andern. God is not willing death, but Wandern".

"The word Wunder occurs three times in the cycle at critical points" says Boesch. "it means something strange, like Zauberhaft. So Der Leiermann is 'wunderlicher Alter'. Soll ich mit dir geh'n? Willst zu meinen Liedern Deine Leier dreh'n? .(should I go with you ? Do you want to play my songs be played on your hurdy-gurdy? ). The dogs that howl in Gute Nacht appear again in Der Leiermann, who struggles forward, still trying to play although his fingers are frozen. "So I believe in an inner psychological meaning in Winterreise too".

"When I was 12 years old, my grandfather gave me an LP of recited ballads by Goethe and Schiller", adds Boesch. "Two weeks after Christmas, I knew them all by heart. I was fascinated. I studied violincello for many years, but I realized that I would not be that kind of musician. My music is the text", he says decisively "I love the music of language, and expressing the meaning of words in music."

"A performance involves two people, the pianist and the singer", adds Boesch. "Malcolm Martineau is wonderful, because he's very quick to pick up on what I'm singing, and he's very fast to adjust. Although I have a clear understanding of what I want to do, in performance spontaneous ideas can develop". Sometimes Boesch feels like he's accompanying the pianist. "I like working with pianists like Martineau, Roger Vignoles and Justus Zeyen, because they can adjust so well to spontaneity".

This interview also appears in Opera Today
at October 09, 2012