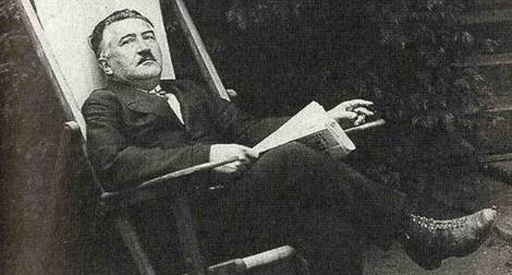 "Where have you vanished, the suns and snows of youth"? As autumn closes in, I think of Josef Suk's The Ripening. The Ripening  op 34 is based on a poem, Zrání, by Antonín Sova, a contemporary of Suk, and a "modern" poet of the renaissance in Czech culture. "Ripening" is  a metaphor for maturity and the cycle of life. The piece isn't as well known as Suk's Asrael Symphony, written in memory of his wife and her father,  Antonin Dvořák, but the symphony and tone poem connect. The Ripening was written slowly, ten years after the trauma from which arose the steely Asrael. There are several recordings, all worthwhile: Talich, Pešek, Neumann, Ancerl, Bělohlávek and Kirill Petrenko. Earlier this year, Bělohlávek conducted it yet again with the BBCSO at the Barbican, and BBC Radio 3 broadcast it with an excellent commentary by Geoffrey Chew, who explained the complex symbolism of Sova's poem, or rather, suggested ways of connecting to its oblique character.

The Ripening starts off with 13 bars that define the moods to come. Pure, almost transparent chords rise ever upwards and hang. Do they suggest mists hanging in the air, clouding vision or images remembered through hazy half-light? Gradually the tranquillity deepens and "Czech" sounds, suggesting Dvořák, emerge. Darker, earthier, evocations of soil and fertliity. In winter, the fields may be barren, but life teems beneath the surface  Beautifully rarefied textures return, harps and lively figures which may suggest youth and hope. At times, the piece feels cinematic, because the music seems to happen on different levels, like contrasting frames in a film. I feel this is very much central to meaning and impact, for it conveys a feeling of events happening on different but separate planes.

Cymbals  crash, suggesting turbulent, violent change. Small speeding figures even suggest the turmoil of urban life. Then a solo violin leads us out of the dense thickets of sound - it feels poignant but progresses forward. Hymn-like figures enter, rolling timpani, then swathes of string sound that seem to cut like knives. Suk doesn't need hammerblows. Yet again, solo violin and winds counteract the full orchestra. Slow funereal passages in the fourth movement Piu tranquillo gradually dissipate, liberating a serene violin melody, reinforced by harps and bells. One remembers that Suk, his father-in-law and his grandson were all string players.

Wilder, flying figures propel the music forward, driven by trumpets calls. Angular shapes, which sway intensely back and forth. I like the way Suk evokes zig zag dichotomies, the swaying like wind through endless cornfields. Bells peal triumphantly, trumpets leading a charge into resonating reesolution. Rich, warm confidence and conviction. Those cornfields will die down at the end of summer, but the grain they provide will sustain others through the long winter ahead.

"Angel voices" (as Bělohlávek  calls them) rise from the choir. We only hear them now, when we ourselves are "ripe", having  been made ready by listening to the transitions in the music that has gone before. The voices are wordless so they feel surreal : the spirit of Sova's symbolist images in abstract sound. Yet the voices alone don't express the mood. The exquisitely high -pitched "ascending" theme that's run through the whole tone poem emerges yet again, led by the solo violin. The dialogue between choir and violin operates on two planes like a strange concerto. The swaying images in the music which have suggested psychic dislocation, dichotomies and cornfields, now reveal themselves as a gently rocking lullaby.