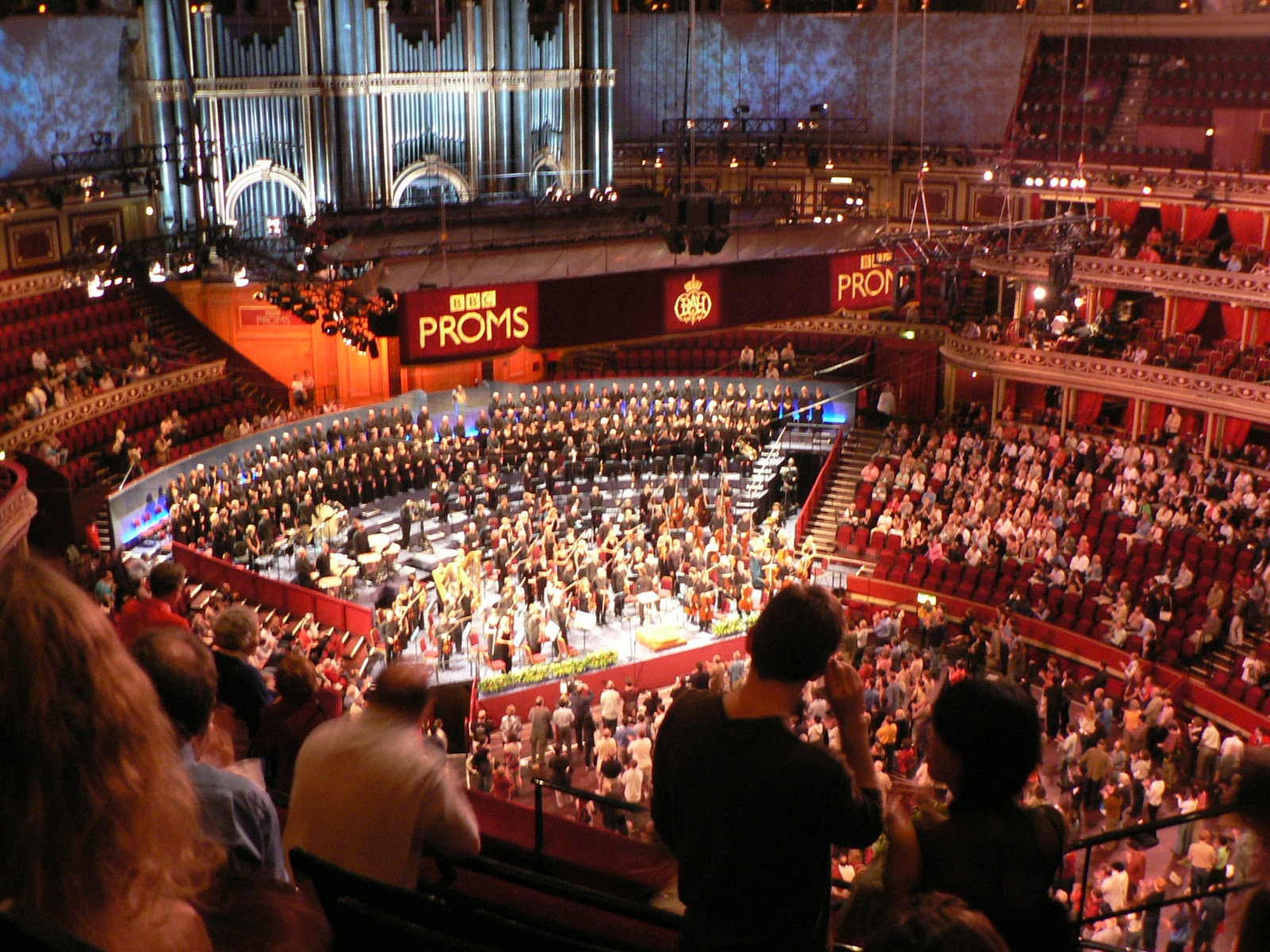 The First Night of the BBC Proms 2013 marks the start of summer. At the Royal Albert Hall, Sakari Oramo, new Chief Conductor of the BBCSO, captured the sense of anticipation. Seldom does Benjamin Britten's Four Sea Interludes get a performance as vivacious as this.  And why not? We all know the piece and its origins in Peter Grimes. So it's good to hear it as a stand-alone celebration of the sea, of wide open horizons : freedom, exhilaration,  adventure. Of course we know what happens to Peter Grimes and his boys, and that the opera is grim. But for a moment we can think ourselves back to 1948 and feel the excitement. Peter Grimes was the "dawn" of modern British opera, and Oramo's bright, optimistic "Dawn" movement sparkled with hope and light. The high violins and flutes suggested soaring seagulls, and the lower strings and brass evoked the swell of the tides. The distinctive clarinet danced, like phosphoresence on waves. Then, woodwinds and brass suggested, well, "wind", stirring, heralding change. Grimes dies, but the sea renews itself with every wave and tide.

"In ceaseless motion comes and goes the tide Flowing it fills the channel broad and wide Then back to sea with strong majestic sweep It rolls in ebb yet terrible and deep".

Stephen Hough was the soloist in Rachmaninov's Variations on a Theme of Paginini. Hough is a Proms regular. I like the maturity of his playing, and his sense of assertiveness, qualities we value on an occasion like The First Night of the Proms. Hearing Rachmaninov after The Four Sea Interludes made me think of the many, fleeting moods of the sea. Hough's hands flew across they keyboard . In my imagination, images of change, energy and renewal. And perhaps, even the image of Paganini, the violinist, remade by Rachmaninov the pianist, and yet again by Witold Lutoslawski the composer. Lutoslawski's Variations  were new to me and thrilling. The familair basics are there,  but this time rejuvenated with a quirky, irreverent flamboyance. Paganini, who sold his soul to the Devil? Hough had been confident before : now he was almost demonic, pulling the orchestra in his wake.

For Ralph Vaughan Williams, A Sea Symphony marked more than a first symphony. (Note it's title "A" symphony, anticipating one of many). RVW lived in London and The Home Counties, unlike Britten who lived literally on the beach at Crag House in Aldeburgh. For RVW, the idea of the seas may have stimulated ideas of voyages of the imagination,  an expanded "Songs of Travel" for nearly 500 voices. It spurred – to use a bad pun – a sea change in his writing. He was making a transition from the safe world of Parry and Stanford into the great unknown. “Behold, the sea itself” could be an allegory for a young composer launching himself into uncharted waters.

RVW's  A Sea Symphony is an extravagant spectacular, ideally suited to the grand treatment it can get at the BBC Proms. A rousing, powerful performance. Roderick Williams sang the baritone part to perfection. His style is direct, almost conversational, yet carries thrust and authority without "period" ponderousness. If anything, he was even better in the quiet second movement "Alone on the Beach" than in the fairly truculent "public" first movement with its reference to imperial power. Even in the cavernous Royal Albert Hall, Williams could convey intimacy and colour. In the turbulent third movement, "The Waves", choirs came to the fore. Oramo's not a specially demonstrative conductor, but he could get the orchestra to deliver on a magnificent scale. You can hear why he was so popular with the CBSO in Birmingham during the Elgar centenary.

Oddly, the mystical final movement "The Explorers" evokes Elgar at his most spiritual. Solo violin, solo viola, solo horn, and Roderick Williams singing at the top of his register, quietly and with hushed reverence, awed by the power of God and of Nature. "O farther sail", Williams, the choirs and Sally Matthews the soprano repeat. The last chords of the orchestra fade slowly, suggesting distance and movement. We are on the way "Toward an Unknown Region".

As so often on The First Night of the Proms, the Prom opened with an extract from a larger work in progress by a leading British composer. This year, Julian Anderson's Harmony, a four minute choral work which may prove interesting on further hearing.

Here's a link to my Proms overview. Usually I listen to and write about 30- 40 Proms a season, so please come back for more.
And look at the SECRET TWINS - Roderick Williams and Benjamin Britten !
photo:  Yuichi from Morioka, Japan
at July 12, 2013