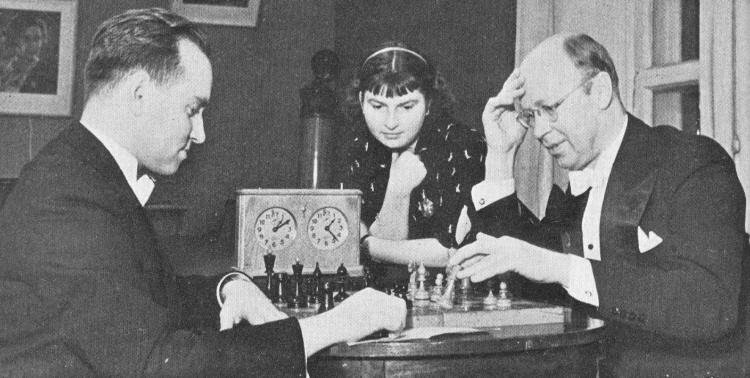 Who will claim the biggest prize on the whole orchestral chessboard when Simon Rattle steps down as Chief Conductor of the Berliner Philharmoniker? Much speculation, some of it decidedly dubious. An orchestra like the Berlin Phil doesn't play games when the stakes are as high as this. Chances are they want someone with something unique to offer, who will remain at the helm for long enough to make an impact. They picked Simon Rattle over Daniel Barenboim because he  was charismatic, dynamic and had a good track record, pretty much putting the City of Birmingham Symphony Orchestra on the map.  In Berlin, he's developed players, repertoire and audiences.

The obvious contenders would be conductors with whom the Berliners have worked most frequently: Andris Nelsons, Christian Thielemann, Semyon Bychkov, Daniel Harding, Yannick Nézet-Séguin.  Alan Gilbert's conducted them at least 5 times, and Gustavo Dudamel 6 times, so who knows?  Dudamel was a Rattle protegé. Deutsche Grammophon rushed into a long-term contract with him right at the start of his career, and invested a lot in promoting him. He sells tickets. But the Berliners don't need that long term. Andris Nelsons would be the ideal choice, since he has the artistiry the Berliners really thrive on, and the charisma essential for a job at this level. He must be kicking himself for having entered into lesser commitments instead of being patient.  Grabbing a pawn and sacrificing the king. He's a Bayreuth favourite, too. Unless he can find a way of "moving closer to Latvia" as he wished,  Nelsons may have to concede to Christian Thielemann, who's brilliant, high profile and has creative integrity. So he's not clubbable? But then neither was Karajan.

Still, the real question isn't so much who will take over but where the Berliner Philharmoniker wants to go in the next 15 to 20 years. That predicates on a younger person, though not youth for its own sake. The Berliner Philharmoniker has re-shaped the whole game. They've mastered the internet for one thing. The Digital Concert Hall brings the Berlin Phil into every PC in the world, making it everyone's "local" orchestra. There'll always be a place for local orchestras (thank goodness) but no place for insularity. Good orchestras are good because they've always developed their own unique identities. The way ahead maybe is distinctive repertoire and individual style: not the kind of safe, bland and corporate that appeals to  conservative sponsors. I don't believe that audiences are as dumbed-down as the media assumes, but when audiences are subject to dumbed-down media (like the "new" BBC Radio 3) expectations will slump. The Berliners on their own can't compensate for that, but they can aim for that section of the audience that still values learning . Having mastered digital distribution, perhaps the Berliners can master the next big challenge: creative vision and courage, not sloppy populism.

The photo above shows David Oistrakh and Sergei Prokofiev having a good time.
at December 01, 2014

Thielemann or Barenboim, if you please. The Berliner Philharmonikee is best with a great old Maestro talking music and getting a pure vision of music out to its players. Go for the mature!