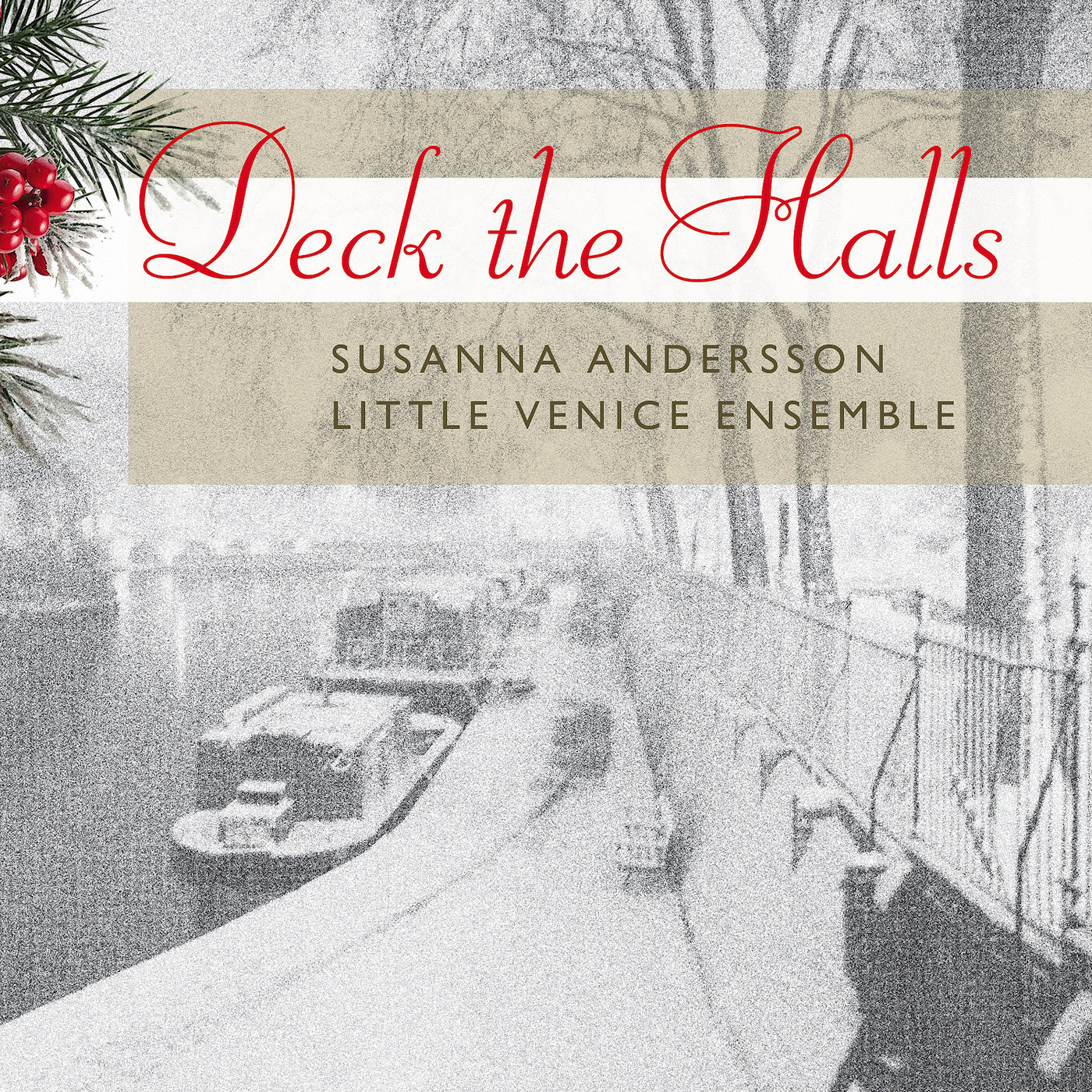 Stone Record's Christmas discs  are always a delight but this year's offering is unique. Deck the Halls, with Susanna Andersson and the Little Venice Ensemble. Imagine yourself at a house party, where some of the young European musicians based in London, (relatively far away from home) celebrate by performing together. The joyous energy on this disc is bound to chase away chills and bring good cheer. Expect surprises!

Standards like Deck the Halls  and Silent Night are livened up in new arrangements by Bjõrn Kleiman (b. 1978) of the Little Venice Ensemble, who have been holding annual Christmas festivals in Little Venice, London, for some years.  Thus they bring to this "house party"  a merry mix of spontaneity and professionalism. Kleiman not only plays (piano and violin) but is also the recording engineer and editor.  The sound quality is so clear that you get the impression of actually being in the same room as the musicians: having fun. Gentle humour, too. We hear reindeer snuffle snuffle before Leroy Anderson's Sleigh Ride. Anyone who's encountered real reindeer up close will be thrilled. Real reindeer have personalities, unlike the fakes we see in shopping malls this time of year.

There are chamber arrangements of Bach and Brahms, with organ, and  Hollywood favourites like  Gene Autry's Here comes Santa Claus, and  Have yourself a merry little Christmas, complete with retro noises evoking the era of 78's.   Best of all, though, are the arrangements of Swedish songs, old and new.  Bereden vag fõr Herran is an old Swedish advent hymn, arranged in a folk-tune version arranged and played by Karin Norlén. I did a double take: Norlén makes the viola sing like a Nyckleharpa, a Swedish fiddle with a unique low, droning character.  Two hymns by women : Nu tändas tusem julesjus, (Emily Kõhler (1858-1925)  and Bethlehems Stjärna (Alice Tégner 1864-1943), both first  arranged by Anders Öhrwall and arranged for chamber forces by Kleiman.

There are songs by Percy Grainger and Max Reger, but the discoveries on this disc are two modern songs, Koppången (Per-Erik Moreaus b 1950) and I Bethlehem (Jerker Leijohn (1956-2009) Koppången is a lyrical folk-inspired song about nature and faith. I Bethlehem is a contemporary art song, in the repertoire of Håkan Hagegård, arranged here by Kleiman for soloist, strings and organ. A wonderful song, which really should be better known. It describes shepherds at the nativity, reverent with wonder at the miracle they behold.  Exquisite and beautifully sincere., with nice part for violin.  There's a lot of new music written in Scandinavia and Finland, quite lost to the English-speaking world.  This song is so good that it's worth the whole price of purchase. Get the CD direct from Stone Records here or from the usual dealers.
at December 09, 2014