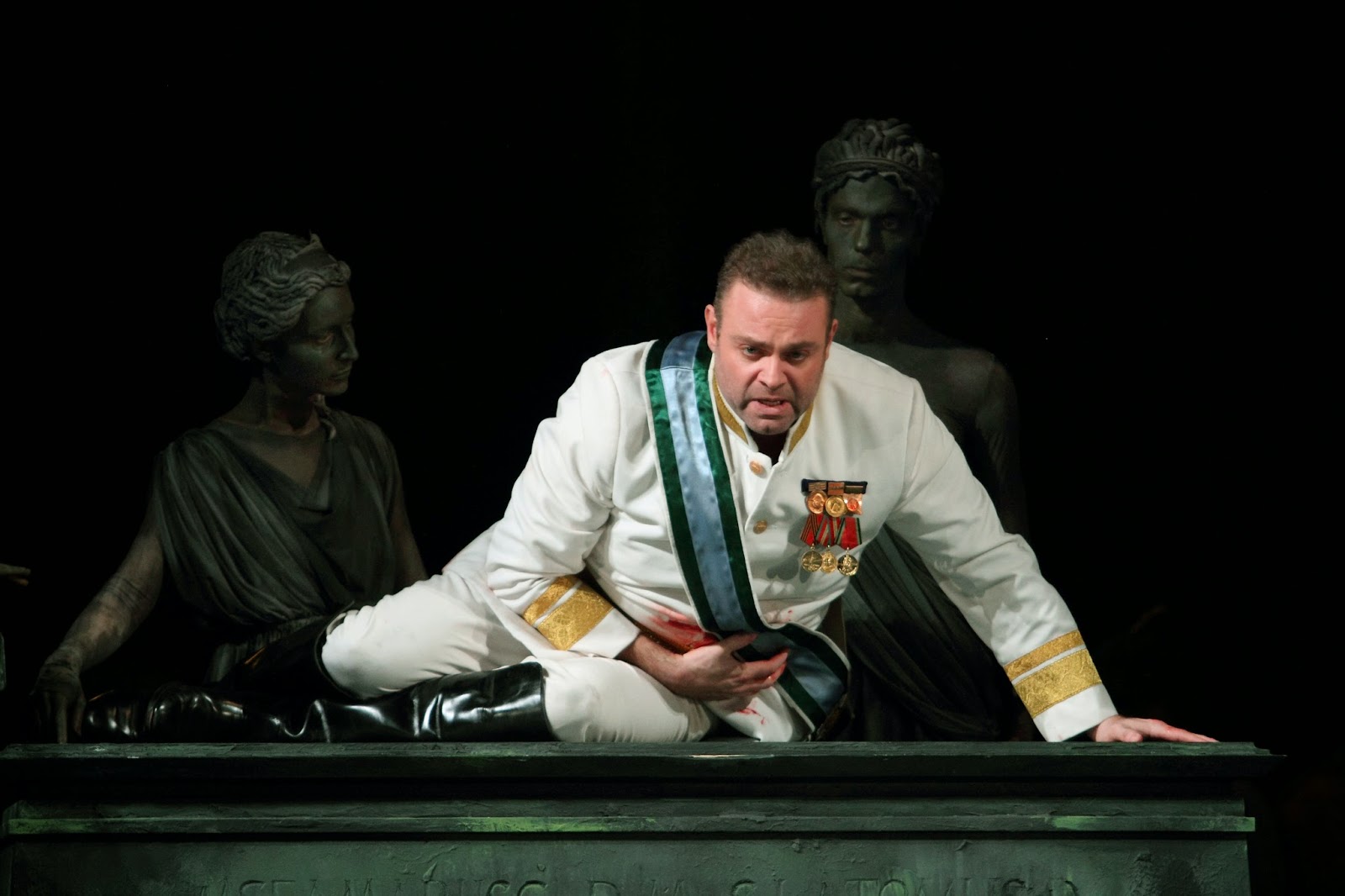 Verdi Un ballo in maschera at the Royal Opera House  - a masked ball in every sense, where nothing is quite what it seems. On the surface, this new production appears quaint and undemanding.  It uses painted flats, for example, pulled back and forth across, as in toy theatre. The scenes painted on them are vaguely generic, depicting neither Boston nor Stockholm, where the tale supposedly takes place. Instead, we focus on Verdi, and on theatre practices of the past. In other words, opera as the art of illusion, not an attempt to replicate reality. Take this production too literally and you'll miss the wit and intelligence behind it. Although the designs may seem retro, it is as conceptually radical as  any minimalist "modern" production. What it demonstrates is that good opera lies not in external decoration  but in creative imagination. 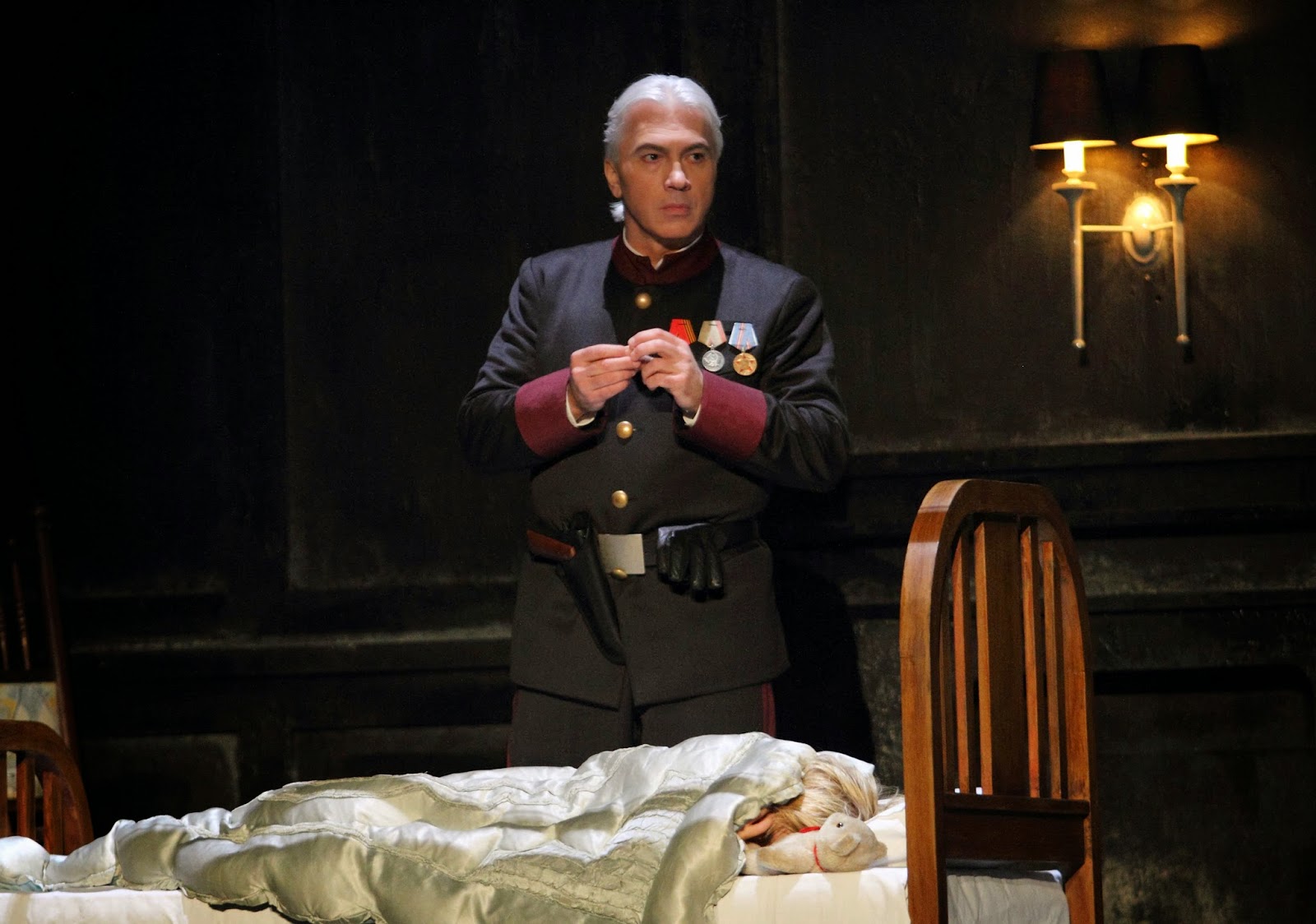 This Un ballo in m,aschera also works extremely well because it places full focus on the singing. The drama unfolds through a series of showpieces, providing the singers with opportunities to display their skills. It's perfect for artists like Joseph Calleja  and Dmitri Hvorostovsky,  both of them highly charismatic personalities. They created Riccardo and Renato as convincing characters, but, perhaps even more unusually, ctreated a powerful dynmaic between themselves as artists.The bond between them felt personal and energizing, and went far further than  good singing. They seemed to be challenging each other with evident glee.  One star turn after another, carried off with exuberance.  Calleja's natural warmth suffused his portrayal of Riccardo, adding elements of good nature and good humour, which go a long way in overcoming the weaknesses in the plot. Calleja doesn't need to act in a naturalistic fashion: he makes you feel that under the costume beats the heart of a sturdy, ardent Maltese tenor.

This is very much a "singer's opera" so the other parts are strongly cast.  Liudmyla Monastyrska. sang Amelia, over whom Riccardo and Renato fall out. There isn't much character development for the part in the libretto, so Monastyrska fills it out with the feminine timbre of her singing.  Serena Gamberoni, as Oscar, Riccardo's page, was impressive. She replaced Rosemary Joshua, who is unwell, but has put her own individual stamp on the role, When Gamberoni sings the "laughter" passages, her voice sparkles with agility and energy.  Anatoli Sivko sang Samuel and Jihoon Kim sang Tom.  It's interesting how little background detail the score gives about the parts, but  Siv ko and Kim sang with such clear conviction that the roles had genuine conviction. They felt like parrallel versions of Renato and Riccardo. Marianne Cornetti sings Ulrica, a delicious part that must be fun to sing. .

Katharina Thoma directed Richard Strauss Ariadne auf Naxos for Glyndebourne in 2013. Read my analysis here.  On a superficial level, this Un ballo in maschera and Ariadne auf  Naxos might seem very different, but Thoma is far too adept to be doing a sudden change of style. Ariadne auf Naxos is a satire on the making of an opera, juxtaposing the "reality" of the players and the opera they are contracted to take part in. In Un ballo in maschera, Thoma balances  the "reality" of cast and staging with  the way they are used to create performance. The acting is somewhat stlylised by modern standards, but that fits the meticulously archaic use of stage equipment. At one point, stagehands fold up the flats we've just been admiring: art and artifice at once.  This studied theatricality pays off brilliantly in the scene where Amelia goes to the graveyard to consult Ulrica, the soothsayer. This is a glorious bit of Gothic High Camp, with graves, urns, weeping willows and statues that come alive and dance.  Verdi's libretto was an adaptation of a play by Eugene Scribe. Hence the similarity to Scribe's libretto for Meyerbeer Robert le Diable. Horror movies entertain when they're so bad, they're good. Part of the fun is the frisson of implausibility.  After the performance, I bumped into someone whose taste in opera is impeccable. He was delighted: "Funny, yet not offensive". Thoma's Un ballo in maschera is a lot more subversive  - and thoughtful - than meets the eye. But is satire over the heads of the audience ? 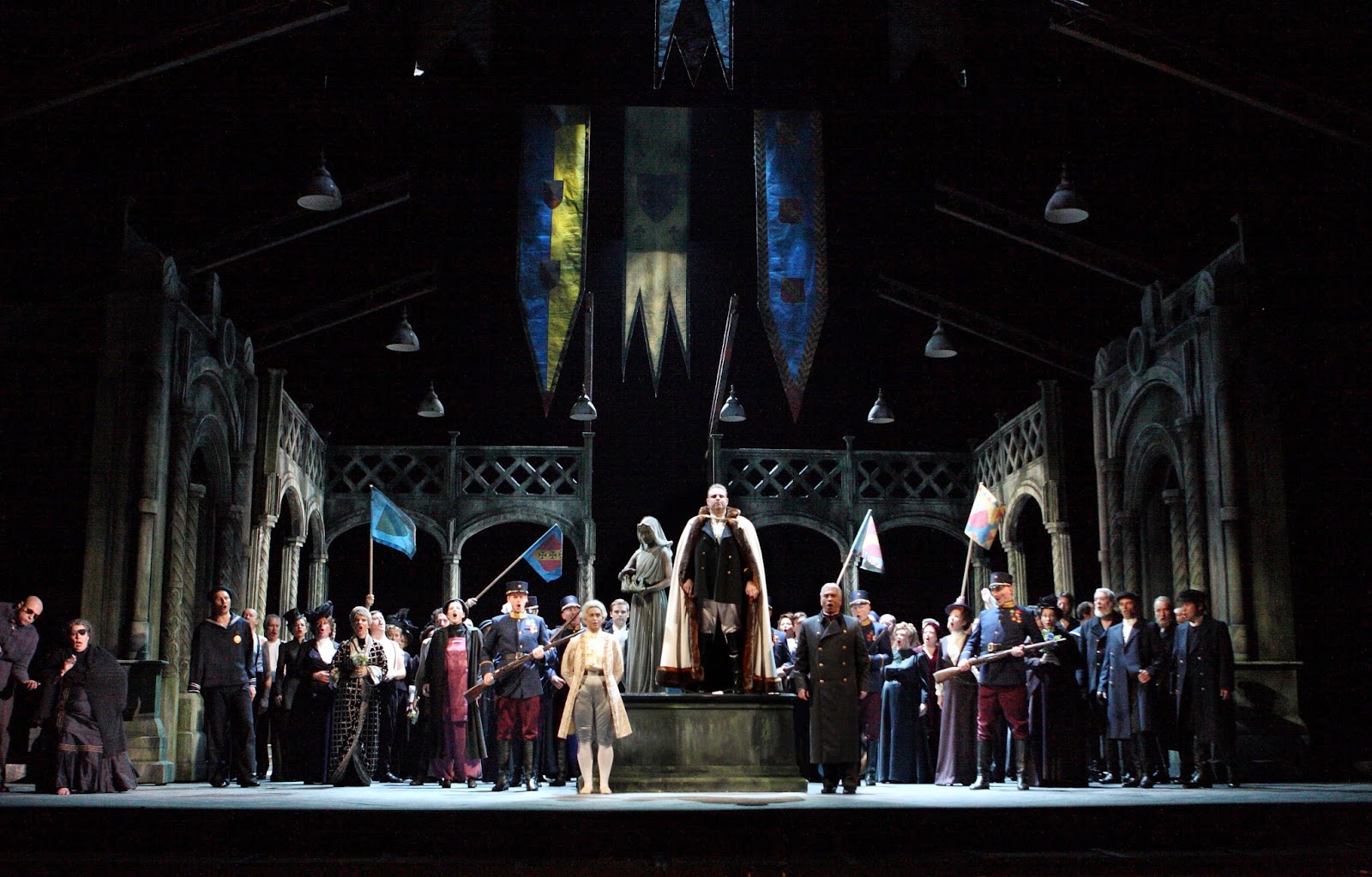