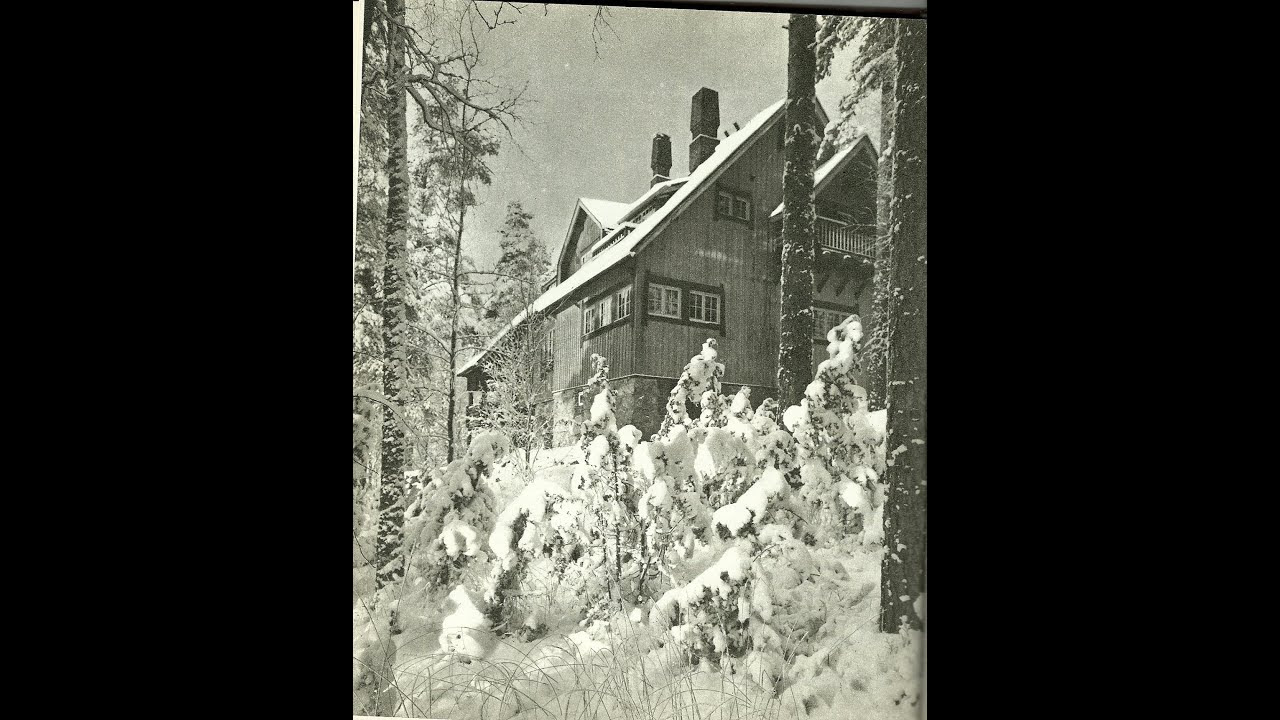 On hanget korkeat, neitosket ("How high the snowdrifts"}.  by Jean Sibelius, op 1/5 published as Viisi joululaulua, a collection of five songs in 1913, but originally written in 1901 for a Helsinki magazine's Christmas edition. The poet was  Willki Joukahainen (1879-1929)  a poet and journalist who would later become a minister of state when Finland became independent. The photo at right shows Ainola, Sibelius's family home, under heavy snow

Listen to the singing and use your imagination to figure out what the words might mean.  The purpose of the exercise is not to guess precise meaning but to respond emotionally to the effect the music has on you. That is all "listening to the music" means, not formal structural analysis or anything like that, but sensitivity to what is being communicated on a deeper level.  Useful life skill, too.

Finnish is a particularly expressive language because of the many vowel sounds which have to be spoken separately, not elided, creating a natural musical line. I don't know what the words in the song mean, but what I get from the music is the steady pace, like the natural rhythms of snowfall. The clear, high registers suggest, to me, the brightness of light on snow,, sunshine or moonlight. The quieter passages suggests to me the hush that envelops the countryside when snow muffles normal sound. This approach to music probably comes naturally to Lieder and orchestral audiences, but would also be useful to cultivate in opera, where music is part of meaning, not just soundtrack. Here is a link to the text, in Finnish, easily babel translated.

Enjoy and have a peaceful moment!