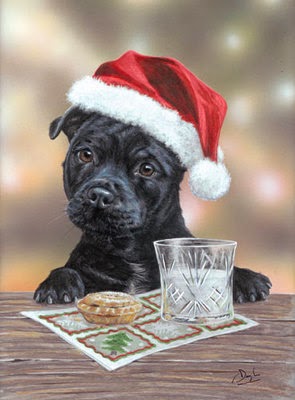 What's happened to Christmas radio and TV? In years past there would be at least something vaguely musical, but this year zilch but for re-runs of the least musical Proms ever.  What does that tell us about the BBC? Admittedly BBC Radio 3 is doing re-runs of Schwarzenberg's summer festival, but the same artists and programmes feature at the Wigmore Hall in London anyway. Not all that long ago there'd always be something interesting, like the year there were TWO complete Wagner Rings. It's as if the BBC has finally given up any pretence of culture.

But the real scandal isn't the dearth of Christmas broadcasting but the total lack of vision in arts policy. Replacing real music with drivel like "Ten Pieces" doesn't spread awareness. Quite the contrary. Even non-classical music audiences aren't so stupid as to think that centuries of culture can be a few pieces chosen by backroom bureaucrats. Even pop music playlists show more verve. By driving away the existing body of listeners, and trivializing the genre so it looks dumb even to non-classical audiences, the new BBC will kill the goose that lays the golden eggs. Don't feed your dog alcohol or mince pies!

At a time when technology is changing the whole way culture (in the widest sense) is being delivered, it is frightening how little vision lies behind the new BBC. Things are changing so fast that even ideas like HD in cinemas has had its day. I've written a lot about the future of classical music and its possible new outlets, so it breaks my heart to read the level of sycophantic non debate in the press.  London is dominant in the arts for many good reasons. It just doesn't make business sense to wreck one of the few great industries this country can still be proud of. And it's an international industry, too, that does as much for the nation as foreign policy or diplomacy. But British bureaucrats don't do vision. Alas, with a new head of BBC Radio 3 with no experience in the industry and management that thinks in terms of Classic FM, we don't have much hope. Fortunately the future may well lie beyond big corporations and similar dinosaurs if they mess things up..