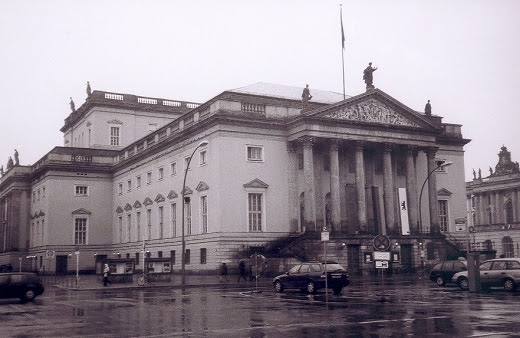 Wagner Die Meistersinger von Nürnberg from the GDR in 1981, when the Deutsches Staastoper was in East Berlin.  This production premiered in May 1968, directed by Werner Kelch.  The film captures just one of numerous performances,  most of them conducted by Otmar Suiner and combinations of the same cast, usually headed by the great Theo Adam. The 1981 version features a very young-sounding David in  Peter Schreier (actually aged 46).  The quality of the singing evidently varied: this Walter, Spas Wenkoff, isn't that great. Yet, despite being a product of the conservative Communist East German regime, it must have been strikingly modern and innovative in its day. The GDR may have repressed poliitcal dissent, but it valued artistic ideals. It understood the meaning of the opera with its message of creative renewal and freedom (though it kept being revived). 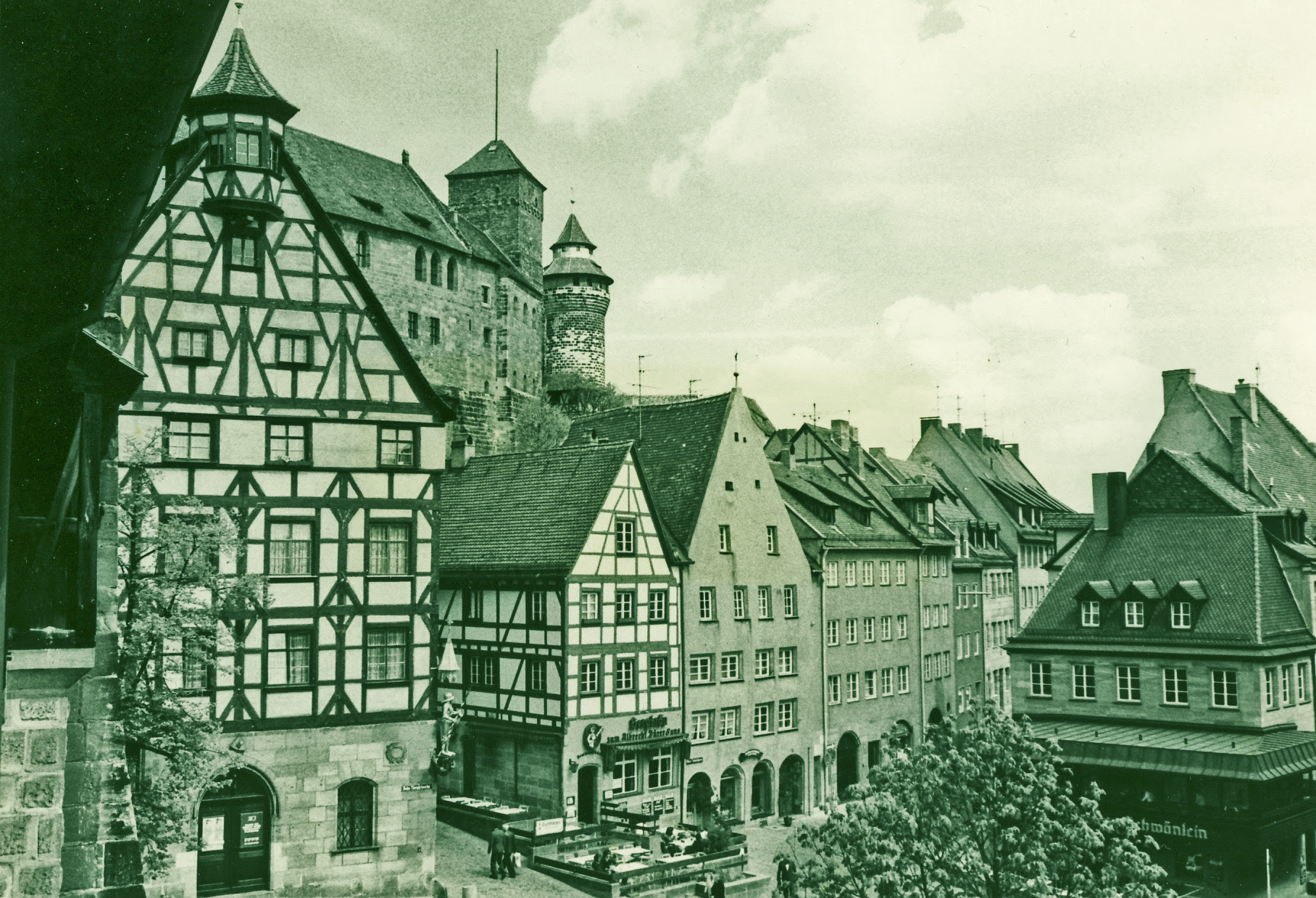 The congregation in Act One sit in a darkened church, where we can just make out vaguely Gothic, semi-abstract shapes on the walls towering above. This background is oppressive, but so is the society in which Eva has been brought up. Significantly, this same set serves for the room in which the Meistersingers meet.  They look like they're boxed in, trapped in ancient mahogany. This interplay of solid, dark mass and brightness flows through the whole opera. Black and white, like the half-timber architecture of Nürnberg itself, woven into the whole production, but not merely for decorative effect.  Angles and shadows, subtle gradations created by different perspective: the meaning of the opera expressed visually.  Costumes are more or less medieval, but subdued - 16th century clothing technology didn't support the flashy kitsch that passes for medieval today.  Thus the visual emphasis falls on the apprentices in their black and white outfits, many of whom are played by young women, whose voices  make the choruses particularly perky. Spotlighting the apprentices is critical to interpretation, since it's they who are the future: still lively, rebellious, and not yet blinded by convention. Oddly, the principals all seem to have the same bouffant wigs and exaggerated stage makeup, but I think that's more the fashion of the time than anything else.

With a few minimal extra details, the same set  works for Act Two, where Walter, Eva and Sachs  face their dilemmas, and Beckmessser crawls out of the shadows.  The characters are "be-nighted" in every way. The Nightwatchman thus calls time on the chaos. Thus, when dawn rises on  Johannes Tag, the brightness and freshness feels invigorating.  Sachs's workshop is lit by the morning sun, adding a golden glow. A bright blue curtain adds colour. Strange angles and shadows still, since Beckmesser lurks to steal Sachs's manuscript.  When the curtain rises on the field of celebration, it's high noon.  Now the black and white seems healthy and clean. Gone forever the heavy woodwork. Instead, an open grandstand, through which air circulates. Three golden banners. Simplicity, naturalism, none of the oppressive overcrowding favoured by Otto Schenk and  Third Reich Bayreuth. East German socialists  knew only too well what mobs and mass rallies  could unleash. No flowery meadow needed: the gaiety in the orchestra is matched by the liveliness of the youthful Guildsmen, apprentices and young women in yellow skirts and white lace, dancing (not marching) merrily. Freshness, purity, renewal.  The Meistersingers enter, part of the community, smiling and approachable. Walther sings the Prize Song dressed in white satin, edged with black, like a true son of Nürnberg!

The notion of "traditional" versus "modern" production is nonsense. What really matters in opera is how well a production expresses the meaning of an opera. That involves some basic understanding of the music and what the composer might have meant by it. Some audiences, however, could not care less. They want preconceived expectations fulfilled, even if thiose assumptions run totally against the nature of the opera. "Regie" simply means "directed", in French as in German, without the implications in English of "regimentation". "Concept" merely means joined up thinking, putting ideas into broader context.  Wagner himself famously said "Kinder, macht neu". It was Cosima, with her obssesive personality,  and Winifred, with her friendship with Hitler, that espoused the idea of blind conformity to external values, at the expense of genuine engagement with the composer and his ideas. Does Wagner support Sachs or Beckmesser. ?  Does he support the individual (Walther) against the mob? Is Beckmesser right to cheat, lie and steal  to prevent new ideas and new art?  If even the Communist regime in East Germany could produce a Meistersinger like this, which respects Wagner's values, why do some - not all - modern audiences in supposedly democratic societies still not get what Wagner was about?
at December 26, 2014