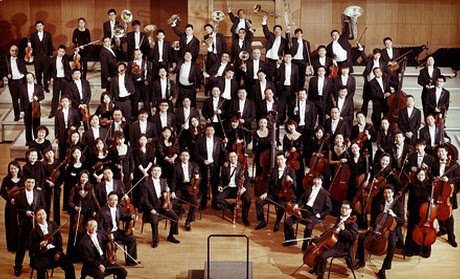 From Rudolf Tang in Shanghai  :

The China National Symphony Orchestra has been running without an artistic director for 13 years, weird for a premiere league orchestra. What happened? Here is the story.

The China National Symphony Orchestra has announced the second half of its 2013-14 season. It is customary for CNSO to announce the complete season in two halves. The first half was usually revealed in September and second half in early March. Earlier this month TAN Dun was appointed Guest Artistic Director of CNSO. The orchestra has been running without an Artistic Director for 13 years. In 2000 CHEN Zuohuang resigned from CNSO as Artistic Director amid probably the most chaotic moment in China's orchestra history when Long YU founded China Phiharmonic Orchestra and pinched 36 musicians from CNSO. Almost disbanded from the shortfall, CNSO named Muhai TANG as Artistic Director to succeed CHEN. However TANG fell out with YU Songlin, then President of CNSO and fled to his Swiss home without any notice.

TANG's flight was considered a cowardly move. His post was revoked afterwards. YU remained as President for another three years before he was replaced by GUAN Xia, the current President. GUAN, a prolific film score and orchestral composer by profession, decided not to err as his predecessor had committed. The Artistic Director has been kept vacant since then while five conductors were engaged to share the baton: SHAO En as principal conductor, Michel Plasson as principal guest conductor, LI Xincao as resident conductor, CHEN Xieyang as chief conductor, CHEN Zuohuang as honorary conductor. In this way none could challenge the authority of GUAN.

Highlights of its second half include a Chinese composer's concert featuring CNSO leader LIU Yunzhi and cellist LI Yang conducted by SHAO En in April, the return of its principal guest conductor Michel Plasson in Bizet and Ravel with Paris-based pianist WU Muye, three screenings of the Academy Award short animation *Peter and Wolf* as its summer education programmes. The 13-14 season closes on July 25th at the National Centre for the Performing Arts in Beijing with LI Xincao conducting Mendelssohn and Bartok. The orchestra has planned an extensive Latin American tour in 2014.
at March 19, 2014