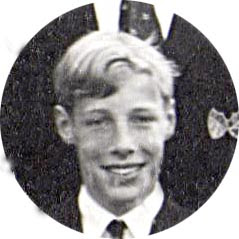 Among the files just released by the National Archives, Kew, is a file on Peter Pears and his "Communist" connections. (KV2/3844 ). The earliest document  is an extract from Special Branch Report no 256 dated 30 June 1951 on The Musicians' Organization for Peace. "This body, operating from 3, Gloucester Gate Mews, NW1 and claiming to be non political, was set up at a meeting of 60 musicians (400 were invited), at the Bonnington Hotel WC1, sponsored by Sir Adrian Boult and Arthur Benjamin".  Boult is President and Vice Presidents include Gerald Finzi, Maurice Jacobsen, Parry Jones, Peter Pears, "Thomas Russell (COMMUNIST)" [upper case on the file],  Sir Arnold Bax and Benjamin Britten. A later memo (1952) also lists, inter alia, Lennox Berkeley, Michael Tippett, Humphrey Lyttelton and Paul Beard as vice-presidents.

Then there's a minute dated 2.4.53 stating that Britten and Pears were "Both members of the League of Democracy for Greece". "As you are aware", states the minute writer (Special Branch?) Britten and Pears "are in close contact with the Royal Family, and for this reason, the Foreign Office wish to be briefed on their security backgrounds".  The League of Democracy for Greece "although Communist-dominated is a rallying point for all those who are opposed to the present Government in Greece". But there's no evidence that Britten or Pears are implicated in other organizations.

In 1959, Pears applied for a non-immigrant visa for the US. On 26/2/59 the Foreign Office tells the US Embassy that the Musicians' Organization for Peace Executive Committee was "for the most part composed of Communist Party Members and Communist sympathizers". In 1955, Pears's name still appeared "amongst the Vice-Presidents listed on the Organization's headed note paper; included also are other distinguished musicians not known to have Communist sympathies".

"On 30 January 1955 Pears sang on behalf of the Musicians Organization for Peace and associated Peace Groups  at a concert entitled 'Voices for Peace' which included some Communist Artists and was advertised in the Daily Worker". However, the Foreign Office concludes "We do not know precisely what are Pears's motives for associating with the Musicians' Organization for Peace. There is no evidence from other sources to suggest that Pears has Communist leanings."

Email ThisBlogThis!Share to TwitterShare to FacebookShare to Pinterest
Labels: Britten

Who is to say Britten and Pears were not Commies? The clincher is surely that they lived in the Red House.

Aha ! The Red House, teeming with revolution ! And it's taken 55 for the government to release the file. But notice how many pages in it are still blocked. Paranoid surveillance culture, nothing new.