Britten Prince of the Pagodas, Birmingham 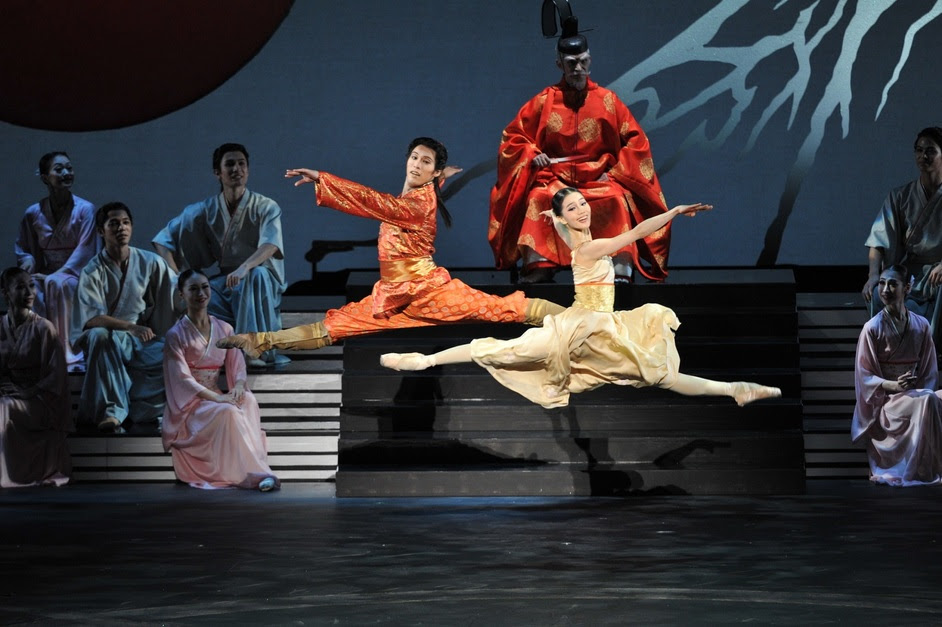 At last, a new production of Benjamin Britten's  ballet, The Prince of the Pagodas, which might erase memories of the gauche production John Cranko choreographed in 1957,  which the composer disliked so much he didn't really touch the genre again. As music, The Prince of the Pagodas is a milestone in Britten's oeuvre because he's experimenting with ideas and sound he absorbed in the Far East, which would lift his music onto an altogether more adventurous plane. From The Prince of the Pagodas, we look forward to Curlew River, The Turn of the Screw and to Death in Venice. Dance infuses much of Britten's work. In Death in Venice, Tadzio's dance on the beach invokes the very spirit of life and art, and brings Apollo himself into the world of mortals,

What might Britten have achieved had he created ballet for more sympathetic interpreters? Until now, we've had to rely on Oliver Knussen's 2006 recording to hear an intelligent account of the music.  The Royal Opera House revived the streamlined Kenneth Macmillan choreography  in 2012.  (read here what I wrote then). But it's high time the ballet was completely rethought afresh.

The Birmingham Royal Ballet, in conjunction with the National Ballet of Japan, commissioned a new production, choreographed by David Bintley. Claire Seymour, author of The Operas of Benjamin Britten, went to Birmingham to experience the new approach.

"In a programme article, Bintley explains that he sees Pagodas primarily as a ‘love story with no reason, purpose, conclusion or romance!’; he has aimed to make ‘another kind of love story, not expounding on the Eros type love of a man for a woman, but portraying something more mystical and subtle … the love of a girl for her brother, a father for his son and ultimately that of a family reunited after much trial and tribulation’.

"......These changes have many merits. Sakura is more strongly characterised and the narrative given more focus and drive, through the introduction of the quest in Act 2. There also opportunities for additional digressions which allow for the introduction of a host of contrasting contexts and characters, and also provide ‘action’ for some of the longer musical episodes.....Perhaps the balance between pathos and humour is not quite right, though, leaning too far in favour of the comic"