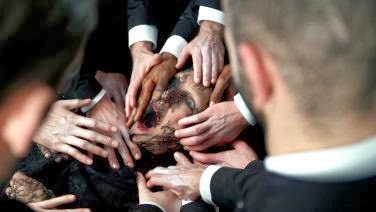 Watched the Bayerisches Staatsoper production  livestream last night, tho' it was ruimned by weather conditions and kept cutting out.  However, heard enough to say that Munich was LEAGUES better than Madrid.  Musically, the singers were wonderful,  Dortothea Roeschmann brilliant, and the orchestra less leaden than Bolton.  The production was suitably austere, the all important choreography so expressive that it extended the music, as it should.  Will write it up when the livestream gets archived


"They see me as a threat but I'm here to do good. Every strong woman in history has had to walk down the same path. I think it's the strength that causes confusion and fear"

Alceste, Queen of Thessaly, gives an interview. The very fact that Alceste should be allowed to give her side of events will enrage the kind of folk who think no-one is allowed insights other than their own. Director Krzysztof Warlikowski.'s production for the Teatro Real, Madrid, doesn't overdo the Princess Diana metaphor too much. Alceste (through Angela Denoke) comes across as a plausible, sympathetic personality. In any case, when the music begins, she slips back into role. In this performance, Denoke's pitch wavers and her consonants elide into vowels.  But  she acts so well that she projects character so well that she's utterly compelling. She dominates the screen, expressing Alceste's deepest feelings  with blazing intensity. A wonderful portrayal: one can forgive the lost notes. This is, after all, a Queen driven to extremes. What happens to her is horrific,  but her dignity and courage shine through.  Denoke's phrasing is plummy, but the raw honesty of her acting shows deep committment. I was immensely moved.

The Overture is stunning. Alceste knows what's happened to Admète. It's a private moment where she can show her vulnerability.  Shaking, Denoke tries to light a cigarette but her hands tremble too much.  When the trumpets announce Évandre, (Magnus Staveland)  who brings the news, the chorus reacts with grief, but as Queen, Alceste has to retain regal composure.as she addresses the populace. Here, they're shown as patients in a hospital with marble walls, whose austerity accentuates the rich, jewel-coloured satins worn by Alceste and her entourage's glowing colours.  Throughout history, royals have been expected to carry out semi-divine civic functions to calm their sujects fidèles.  Diana wasn't the first or last. In the darkness of the Temple, Gluck evokes a mood of elegant dignity. Warlikowski introduces long moments of silence, intensifying dramatic tension. A ritual is being observed. When Willard White's High Priest cries out "All-powerful God", the effect is  striking, even though White's voice is now ragged and dry.

The scene in which Alceste confronts the Underworld is brilliantly realized by designer Malgorzata Szczesniak.  The stage becomes a vast, metallic surface onto which fleeting images of the family and court are projected. Denoke seems tiny in comparison. As she sings, her shadow is shown upside down behind her: everything's in reverse. White light, rippling surfaces: Apollo's beams pierce this dark veil with cold, merciless cruelty. "Divinités de Styx, Ministères de la Mort" sings Denoke. "I will not implore your Mercy". Her pitch may be wayward, but she finds "new strength", her voice now warmed by love. The Court rejoices. Paul Groves sings Admète fluidly: this King takes things as his due, without question. Again, Warlikowski  emphasizes unspoken music. Delicately plucked strings while Alceste dances, and later when the penny starts to drop for Admète. How crude the "Spanish" dance seems in contrast! Similarly in the short interlude before "O! malgré moi, faible coeur", Denoke poses in front of a mountain of opulent roses, her face a mask of anguish. As Denoke sings front stage the flowers are lit with golden light. "Oh, how quickly the dream of life fades" sing the chorus.

Thomas Oliemans sings Hercule with macho energy. When he hears what's happening to his friends,  his cockiness collapses. He starts to shave, but his hands lose their grip, and foam pours over him. This is an interesting detail. Hercule represents male strength, while Alceste represents female strength but both are sensitive to feelings. Alceste wanders through the gates of the Underworld where bodies are being prepared by unworldly undertakers. Admète has followed her, rather than live on alone. As he sings of love, the corpses re-animate, one pair in frantic embrace.  Thanatos (also Willard White) sings to the sound of trumpets. " Charon t' appelles, entends sa voix!" Alceste starts to be wheeled away. The corpses twitch and squirm, as if electric currents are forcing them, unnaturally, into a parody of life. 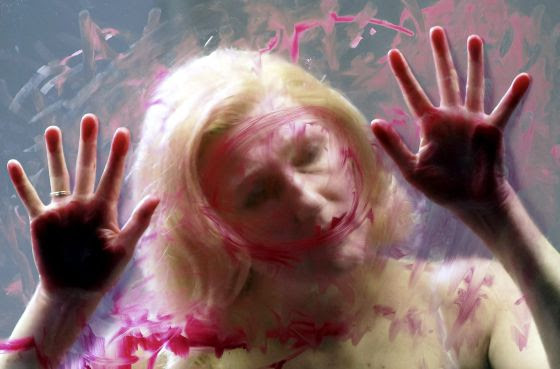 Groves's singing becomes heroic, while Hercule,  stands helpless in the background, his face painted like a sad clown. Admète can't defy the gods, but Hercule, a god, can. He swings his fencing iron, invoking Apollon himself, who releases Alceste from the curse. Denoke, Groves and Oliemans sing the trio of happiness, which is taken up by the chorus. But can Alceste live happily ever after, having entered Hades? The brass fanfares and drum rolls in the finale suggest stately  power. King, Queen, Hercule and the royal children are having breakfast together: one egg, one orange juice, like in a hospital. But Alceste is in a wheelchair, tended by Thanato's assistant. Her body is present, but does her soul wander? Perhaps Admète's love is now being tested.  Perhaps Alceste is learning that you don't have to be superhuman to be loved.

This ending may be different, but it is thoughtful, and reflects a psychologically sensitive reading of the opera. Alceste is strong, but like so many strong people, strength comes at a price. She does good for others, and does her duty. But at what inner price.  Controversial as this ending might be to some, I think it enhances the meaning of the opera, and reaffirms its place in the repertoire. Contrary to received opinion, a good opera can support many different responses. The singing overall, may be better on some recordings, but anyone who cares about this opera would do well to learn from this extremely perceptive interpretation..