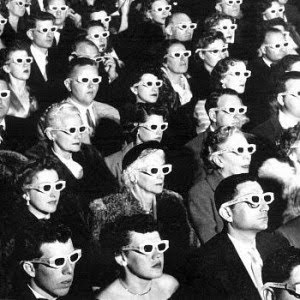 Thumbs up to both Operachic and Intermezzo for flagging this up. Hooray for common sense. Alex Ross is in town speaking about "Inventing and re-inventing the Classical concert". I read the entire transcript through. Long and wordy it is but it boils down to one idea: that the "No applause rule" in concerts isn't a good thing. At the end he mentions breaking down perceived barriers between classical and other genres.

N0 doubt he'll get wild applause from those who think that classical music must somehow be wrong if it doesn't attract football stadium crowds. But classical music has never been aimed at the masses. These days people have more forms of entertainment than ever, so if they don't choose classical music, it's not the "fault" of the genre.

Besides, audiences are made up of thousands of people with different motivations. People don't act the way they do because they've read Adorno. They are what they are because of the way they've been taught, what they want to prove to the world, how they feel about their place in the scheme of things. No different, though, basically, from audiences at any other form of activity. As the Roman crowd bayed for blood at the Gladiators, modern audience get het up about reality and talent shows on TV. Or the news.... That's media for the masses.

The problem with artistic performance is that it doesn't "depend" on an audience's approval or otherwise. Artists do what they're compelled to do, regardless. A receptive, supportive audience is wonderful but good art just "is". A composer, a performer, and artist does what they do with integrity. At the end of the day what Row T seat 66 thinks doesn't matter.

Nowadays, everyone feels compelled to have an opinion and make sure the world knows. That's why TV shows make so much money, people need to "vote" even if it costs a lot. Paradoxically, instant opinions aren't usually the most considered. Sometimes not rushing to judgement is wiser and more artistically valid. So how can anyone judge a performance before it's over ?

Sometimes people clap spontaneously because they're genuinely pleased about something. But often it can be because they feel they should be doing something, or they're bored or confused. Think of all that clapping in Tamerlano last week, as if the evening wasn't long enough. And once one person starts, it spreads and then becomes a pattern and then happens again and again.

The paradox, though, is that anyone "really" listening is often concentrating so hard they don't need to clap, even when something's wonderful. They focus on the flow, and express themselves at the end. Mindless clapping (as opposed to mindful) clapping can be a distraction. For everyone who lets off steam clapping, there are others for whom it's an interruption. So there's no way applause can be considered right or wrong. Or that "more" clapping makes people more at ease - if they were serious about music in the first place it wouldn't be an issue.

There are snobs who know nothing about music who insist on "form" for the sake of form. Wearing white tie won't fool any genuine music person if you can't play or sing. These are the type who make others feel inferior, but that doesn't mean the genre itself is offputting. Classical music attracts snobs because they associate it with money and status, but that's not what classical music is about. This type infests churches, golf clubs etc, not just classical music. Whenever connotations of money, convention, social aspiration come into the equation (right or wrongly) such folk crawl out of the woodwork. But it isn't the fault of the wood.

Of course there are reverse snobs, too, the type who think it's smart to put down what you don't know. Applause and booing aren't really so different.

Unless someone claps disruptively, (and they don't usually), it's not going to shake the earth, if you're genuinely listening. So applause or non-applause just is not an issue. There are lots of ways of growing audiences but changing these non-rules is meaningless. Too bad what people "think" about classical music. It is what it is, whatever non-classical people might assume it to be. Meaningless assumptions don't help anybody.

Forty years of concert going on four continents have shown me how audiences don't think en bloc. In Europe, and even more so in Asia, people go to things because they like music or want to find out. Much, much less social expectations loaded on them than in the US. What happens in the US doesn't necessarily apply outside. I've noticed, too, that the more insecure people are the more fixed they are in their ways and need to prove something by upholding conformity. Often the smaller the city, the more easily threatened. "It won't play in Peoria" went the old saying. Substitute any other town in the world, it applies all over.

Incidentally it is a fallacy to assume that applause used to be acceprable prior to Adorno, as Alex Ross suggests.  Western music developed from two main threads : church music and entertainment.  "Seroius" music like Bach, Schutz and Monteverdi long predated popular music theatre  Try mindless applause there? . No way.
PLEASE SEE MY SECOND POST on this subject
at March 10, 2010