Philip Langridge has passed away 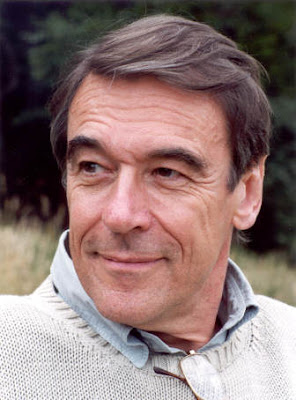 The news was announced this afternoon of the death of Philip Langridge. He was 70, but didn't look it because he was so vivacious and energetic. He was a charmer, but behind that suave smile there was a sharp mind, quick and alert. He was an interesting singer because he had a brain as well as a voice. Had he not been a singer, he'd have made a great actor, for he understood how to get into a role and express it. In later years he taught extensively, passing his knowledge on, and supported ventures like Oxford Lieder.

The public obits will cite his many famous opera appearances, recordings, awards and honours. And so they should, for he was a Grand Old Man of British song, a national institution like Gielgud. His achievements are many, and they meant a lot to him. Others will be able to list them in detail. But for me, he'll be remembered too for the kind of person he was, and for his influence on others.

He was singing until as recently as last November, and gave a recital at the Wigmore Hall. "Farewell? what farewell!" he would have snapped. He was frustrated that his voice couldn't serve him as it used to, but he needn't have worried. The audience were there because they knew and cared about him. He didn't need to prove himself with his voice. He did it with his artistry.

He even premiered a new work, Vanitas, written for him by his old friend Sir Harrison Birtwistle. It's a moving, elegaic work about the transcience of life. Still-life paintings remain beautiful long after the objects depicted have turned to dust: life is short, but art is eternal. The piece is a measure of Birtwistle's sensitivity. It doesn't demand extremes of register but ebbed and flowed, like conversation. It illuminated the best in Langridge's voice and let him show how well he could create a mood with changes of pace and volume.

After that, Langridge really revealed what made him such a star. His encore was the satirical aria from Utopia Limited where a tenor explains away his vocal difficulties. So what if Langridge's tones weren't as high and pure as they had been? He still had wit, and the ability to sing a long and funny monologue. He was hurting inside, but defiantly, he could laugh at the vagaries of life. That deserves respect. Most people can hold a tune. Only the best understand how much more goes into good singing than voice. Please read about what was to prove - despite himself - Philip Langridge's "farewell" concert at the Wigmore Hall HERE. (text of the monologue is given too. (several other posts on Langridge including his amazing role in Birtwistle's Minotaur) In the next day or so I will do an update about the Monotaur DVD in greater depth

A link to the most useful obituary and please see an interview I did with him about Birtwistle in 2008
at March 07, 2010

I was so sorry - and surprised - to hear this. The last time I saw him, I think, was in The Minotaur. I have just checked what I wrote at the time: 'One does not have to shout to beheard in Birtwistle; one simply has to sing well. Philip Langridge and Andrew Watts were both outstanding in the extraordinary tenth scene ("The Oracle at Psychro"). Every aspect of their performances - whether musical or acted, or both - seemed both accurate and idiomatic.'

That role in the Minotaur was amazing, again a sign of how Birtwistle writes to the strengths of voices he knows well. In fact I think that scene was the absiolute turning point in the whole opera, "confronting the truth". , just as Theseus faces his fear, and the Minotaur faces his otherness. The Oracle as as other and as truthful as it gets! Langridge, like Sir Thomas Allen and Sir Joihn Tomlinson are the pillars on which British singing is built (no offence to anyone left out)Pity Langridge didn't get a knighthood, he'd have liked that I think.