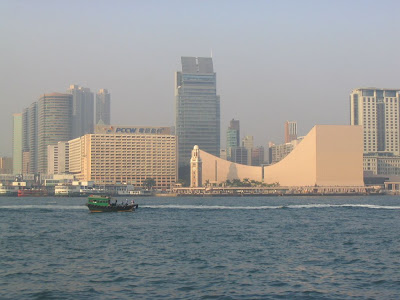 The 38th Hong Kong Arts Festival is underway again. It's a good festival and of course takes place in one of the most exciting cities in the world ! The Festival is unique, because it brings together western classical traditions with Chinese.

This weekend the Suzhou Kun Opera Theatre of Jiangsu Province presents The Story of Jade Hairpin, one of the best loved Chiunese operas of all time. This is major. Kun opera is the most refined and literary form of Chinese opera, developed 600 years ago. Incredibly beautiful and powerful. Suzhou is famous for its scholars, beauties and gardens, it's the heartland of Chinese artistic culture. The Jade Hairpin ("a timeless tale of forbidden love and youthful passion") is one of the great classics of Chinese tradition, but the Suzhou Kun Theatre is way in the uppermost strata. This is a REALLY significant production, and people have been arriving in Hong Kong from all over not to miss it.

Any art form with such a pedigree is significant, particularly as the Suzhou tradition is the best, and part of world heritage. Traditionally, Kunqu operas were treasure chests of literary and historical reference, delighting the scholar classes that loved them. But they are also highly artistic, combining music, poetry, drama, dance and song. Think Wagner without bombast, 16 hours of Gesammstkunstwerk with a similar scale to the Ring, more delicate but the same universal psychological resonance.

This production has been devised by Professor Pai Hsien-yung, who has done more than anyone to revitalize Kun so it's accessible to the modern world. (his father was also a famous reformer). Peony Pavilion was a major blockbuster, from the same company. This link here is the most descriptive source about Prof Pai's Peony Pavilion in English, and there's also a link to where you get the DVD) Prof Pai's right to concentrate on the essential drama and universal appeal. Chinese opera isn't a niche, it's older and richer than anything in the west, and Kun is its greatest glory.

Last week there was a series of rarely performed vignettes from Cantonese Opera, which is closely related to Kun. Cantonese opera is lively and inventive, racier than Kun. It's very much a Hong Kong thing, (though many of the great stars of the past hailed from the area around Macau). This was "a phenomenal lineup.... the biggest gathering of Cantonese stars in over a decade".

Just as the growth of orchetras in the west 200 years ago sparked huge creative advances in western music, the rise of Chinese orchestras has galvanized Chinese music. Lots of new work, new composers. The Hong Kong Chinese Orchestra is the Vienna Phil of Chinese Music and there'; a Hong Kong Sinfonietta, too, with the same clout of the London version. Chinese music's completely misunderstood in the west, so it's a huge challenge to make it better known.

I would, however, have made tracks for the Naamyam concert. Naamyam, which means "southern music". Again, Naamyam is significant beyond South China, even though it's a regional speciality. It's a traditional Cantonese narrative song, a singer and a few musicians at most, singing and telling stories to music. Traditional forms are used, but performers adapt and improvise, so the narratives are often topical. Before TV, this was a way ideas could be transmitted : during the Japanese coccupation, naamyam singers were arrested as spies.

Naamyam is siocial history as well as an art form. Once naamyam programmes were big hits on the radio and you could hear them in every tea house. Later, people switched to TV and pop, and naamyam singers ended up as beggars singing on the streets. The iong Kong Arts Festival is doing very important work in bringing together several singers, and showing how there are regional variants between Hong Kong, Macau and Guangdong styles.

Our own London Plhilharmonia reurns to Hong Kong after 15 years, conducted by Christoph von Dohnanyi. Rene Jacobs and the Freiburg Baroque Orchestra will be playing Hadyn and Mozart. Valery Gergiev brings the Mariinsky Ballet and Operas to Hong Kong. They'll be doing Don Quixote and Britten's Turn of the Screw, the production we saw at the ENO last year.

Hong Kong audiences are different. Lots of children and young people, and certainly not just for dumbed down "children's" events. In China every family that can afford it sends their child to music school. Most kids do piano grades like they'd do GCSEs. In the west, strange ideas about the sociology of music have developed which have nothing to do with music. In Hong Kong and in most of Asia, there's no baggage of social expectation, so there isn't a "problem".
at March 04, 2010