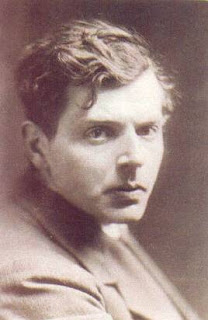 Ivor Gurney's secret love? It's known that Gurney became briefly engaged to the nurse Annie Drummond in 1917 but who was Margaret Hunt? Evidently Margaret, a teacher in Gurney's beloved Gloucester, meant a great deal to him. She was the dedicatee of many works, including the song cycle By Ludlow and Teme. But relatively little is known about her. Four years after her death in March 1919, Gurney wrote a poem "On a memory". It's in manuscript in the Gurney archives, being collated by Philip Lancaster.

Read the poem and more HERE and visit the new Ivor Gurney website for news of a premiere in  Gloucester in June and a Gurney weekend at Churchdown in May.
at February 21, 2011