Nixon in China at the Met 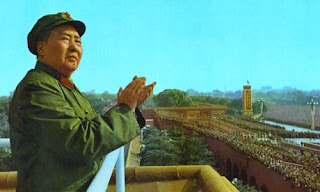 For my detailed analysis of John Adams Nixon in China at the Met please see HERE)
"Nixon in China is a meditation on the events of its era through the medium of opera, which is a new sort of focus to put on the form." writes Jon Yohalem about John Adams Nixon in China in Opera Today (Full review HERE, very detailed). "The curious thing is that the audience for three or four hours of classical entertainment has come to delight in this sort of tableau, this elevation of the humans we have actually known to an archetypal status, and that opera is today considered the proper accolade to the achievement of a certain sort of celebrity, political or otherwise. This makes one wonder what opera, what singing rather than living, now implies to us........"

"But (works like Nixon in China) did not deal in archetypes; they are the musical equivalent of reportage, their substance gone once half the audience no longer knows what Nixon actually did. Modern celebrity opera is a sort of oral history if you like........"

The relevance to Turnage's Anna Nicole is obvious, though from past form, Turnage is more interested in jumpy tunes than in philosophic ideas.  But the idea that there's a new kind of opera afoot is interesting. We're far enough away from Nixon and "ping pong diplomacy" to experience this opera as pure theatre, without knowing the background.  I have been avoiding it for years as I didn't feel I could cope with something that must, necessarily, deal with surface experiences as seen through the US media at the time. But I lived through those times and see it from a Chinese perspective. So what I'll be writing will be different to what most people will feel. Please come back to this site soon for a unique point of view.

My gut instinct is that the opera (as opposed to the history) will deal with the way events are manipulated by the media. Hence the fascination with the agitprop ballet. One of the best known ballets at 5the time was Pak Mo Liuy (White haired Girl). The ballet reached saturation exposure in China at the time, one of the few "western forms" permitted during the Cultural Revolution. Everyone could sing along. The ballet was based on a novel which became a movie in 1949, the year when the Communist Party came to power. Please see the  movie HERE streamed in FULL DOWNLOAD. It's really quite good, better than mere propaganda. Watch this movie, and a lot about modern China falls into perspective.

Although there are no subtitles, the story is pretty straightforward. A girl is sold as debt to a rich landowner who rapes her. She  runs away to live in the wild, where her hair turns white with grief. The villagers think she's a ghost that haunts the temple (from which she steals edible offerings) . Eventually her former boyfriend returns as a CCP hero, liberating the village and overthrowing the landlord. Happily ever after, cultivating the fields, restored to health and sanity. The story is simple but direct which is why it packed such a punch sixty years ago when China was torn apart by decades of war and the collapse of feudal society. Everyone could recognize the situation, Communist or not. That's why Mao was necessary, no matter what a tyrant he really was.
at February 12, 2011