Full download of The Red Detachment of Women the ballet Nixon and Pat are watching in John Adams Nixon in China. Although in the opera, Pat (high on pills) thinks it's reality, in practice I don't know what they made of it. Unlike White Haired Girl which describes the suffering of the poor in feudal times, The Red Detachment of Women doesn't need much background to follow. It's based on Hainan Island, in China's tropics, which was turned into a giant slave camp by the Japanese during the war, since the island is full of minerals. Many Hong Kong people were deported there en masse. The women formed a resistance movement that became known as "The Red Detachment". Because the film is propaganda, it's deliberately didactic and anti-sentimental. The "acting" comes from Soviet agitprop and Chinese opera, so it's not supposed to be realistic. Musically it's pastiche, made-by-committee rather than one composer's vision, since auteurship was considered "feudal" in the new world of the Cultural Revolution. Soon after the Nixons returned Leonard Bernstein premiered several other  Chinese works such as the Yellow River Concerto, also music-by-committee although it's based on a cantata by Xian Xing hai (Chan sing hoi 冼星海) written in Yenan. Lenny reputedly gushed about the concerto but that was the spirit of the times. Lots more on Nixon in China on this site, 3 different performances reviewed
at February 13, 2011

Thanks for the film. I had read about propaganda ballet but had never seen one until just now. Funny it looks like the sort of dance I did as a girl scout, except that our major theme was "we will defeat those communist rascals and restore China.." ^^

Can't wait to read your take on Nixon in China. I only got to listen to the broadcast, and wondered whether the opera was as in lack of depth as the former New York Times reporter Max Frankel said in his article. 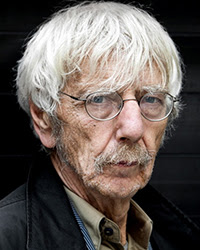