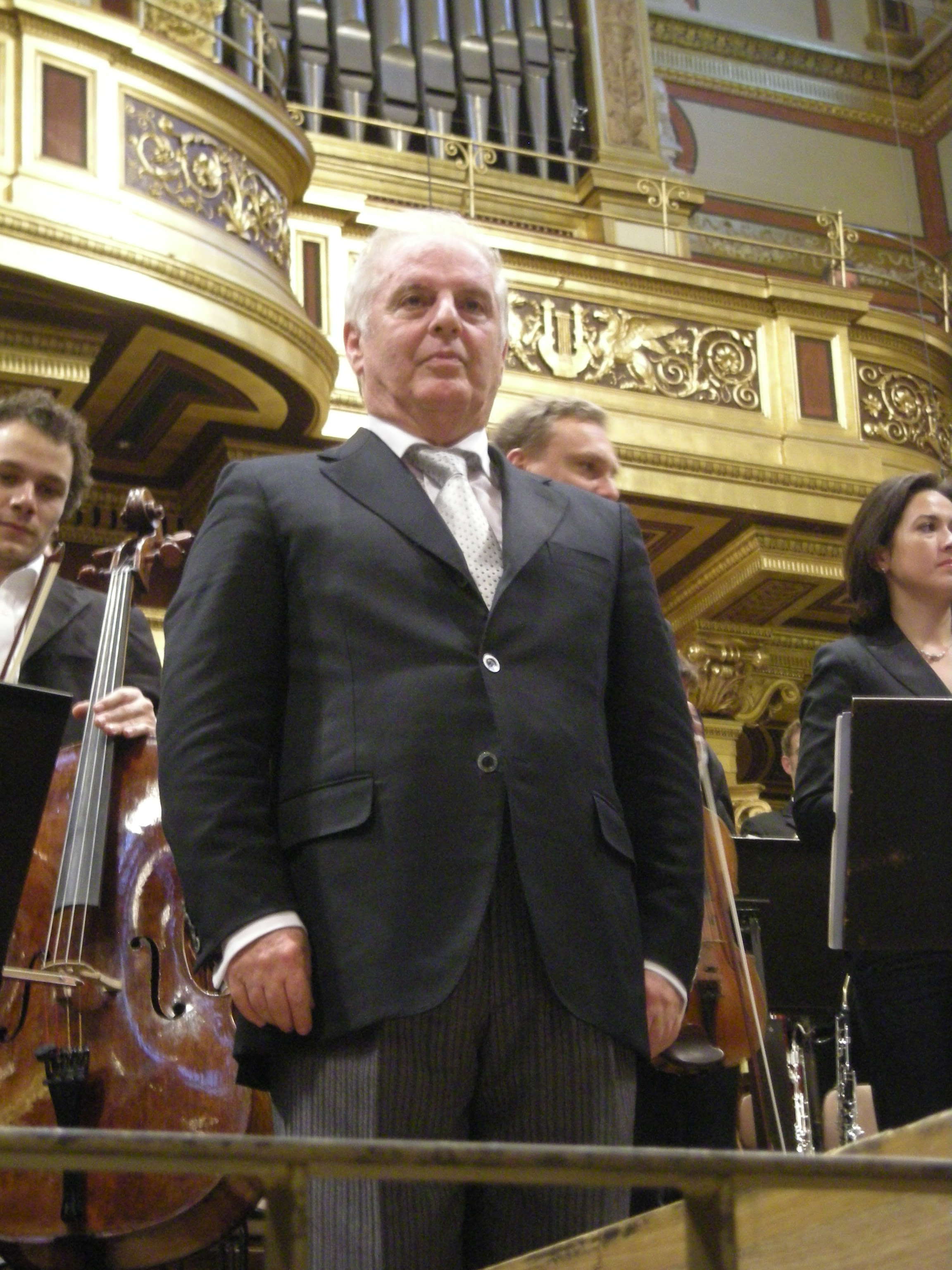 At first I thought, I can't write about this, I can't do it justice. But then I thought, that never stopped anyone else. So I stayed up late in the hope that Mark Berry at Boulezian would be writing and sure enough, he popped up. Worth waiting for! Why can't more music writing be as thoughtful as this? Here's another good link, to Edward Seckerson.  Less technical but perceptive and sincere. I read reviews to learn how people relate to what they hear, not simply to see who was where when.

Liszt is a composer I associate, rightly or wrongly, with flamboyant virtuosi who scream "Look at me!" when they play. So the prospect of Daniel Barenboim and Pierre Boulez doing Liszt was hard to resist. Barenboim's playing was dignified with classical restraint, but not dull, emphasizing the solid structure beneath the flash. For a non-Lisztian like me, it was fascinating to hear how Boulez integrated the piano part with the orchestra. Giving the soloist more space made for greater classical balance, further complementing Barenboim's music-focussed approach. Different, but stimulating.

For Barenboim and Boulez, it's the music that counts, not celebrity. They challenge you musically. Thus Wagner's A Faust Overture. A cheeky choice, since Liszt's Faust Symphony is by far more sophisticated, Liszt wins hands down, there. In the hands of lesser conductors, Wagner's Faust makes little impact. Boulez, brings out the structure so at least we can hear how Wagner might have been thinking in terms of in his youth.

Boulez's Ring for Bayreuth was a revolution.While Patrice Chéreau's direction was striking at the time, Boulez's conducting still sounds so fresh that it still sounds innovative. You feel you're hearing Wagner come alive from the score, undimmed by performance traditions. In the opera, you have to connect to Siegfried, but in stand alone concert performance, you hear it "as music" on its own terms. Siegfried the character, though a hero, is also an immature prat, which is why Wagner offs him. Boulez is anything but stupid. This Siegfried Idyll was extraordinarily personal, and expressive. Perhaps it's because the orchestra knows Boulez so well, that the playing seemed much more intimate than it does normally.

An intimate, personal Siegrfried Idyll? But Boulez made it feel that way. It flowed, mightily, like the Rhine itself, with an inexorable sense of direction. This is what the river symbolizes and why it's such a powerful metaphor for the undercurrents in the Ring. Exquisitely defined details along the way,so beautiful that it's almost heartbreaking to know that they must inevitably pass away.

All of us go on a Rhine Journey of our own through life. Listening to Boulez and the Staatskapelle Berlin made me think what the music might "really" mean, as symphonic statement. Don't swallow the superficial clichés in the media, but go to source, like he does with music. This performance was overwhelming because it was so deep and intense. Only an automaton could fail to be moved. Boulez has had a remarkable life : perhaps he's thinking on where he's headed. But from the passion he puts into the coda, it feels spiritually affirmative and uplifting. Like his Mahler. Mass standing ovation, from an audience who'd most likely come for Barenboim, not Boulez.
at June 14, 2011

I can't imagine a standing ovation for Boulez. Yes, he has a fabulous ear for tuning and balance, but listening for enjoyment is like listening to paint dry, to mix a metaphor.

Maybe you can't, butthat audience were listening. Standing ovations rarely happen in London because we're used to so much. Good music can be expressed in many ways, and there are many different tastes. This audience were very much Barenboim fans and conservative, but they listened and liked.