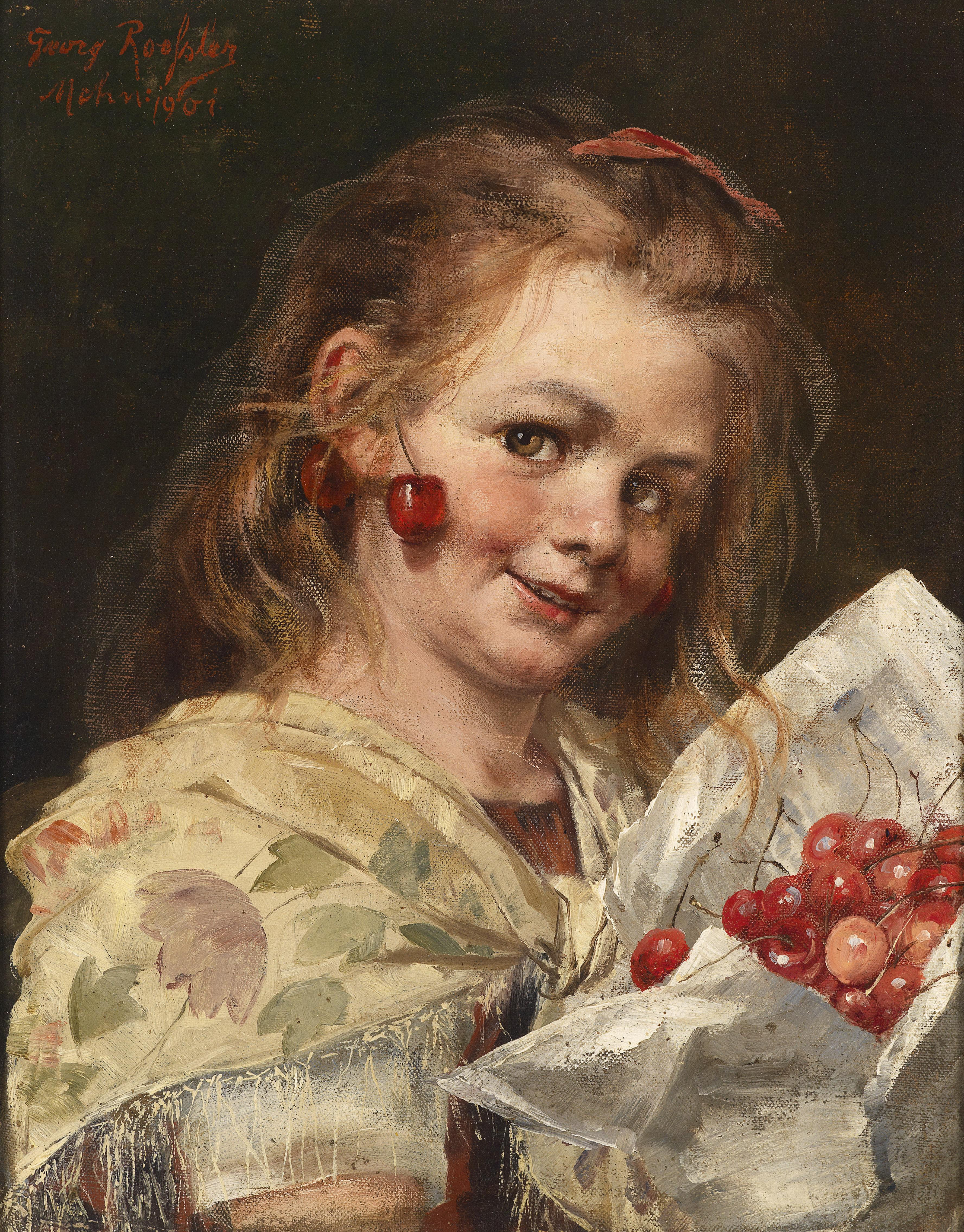 Crusty old Confirmed Bachelor seduced by kid with fruit! Said Mascagni, "I want a simple libretto, something almost insubstantial, so the opera will be judged entirely on its music."  Verdi said the libretto of L'amico Fritz, now on at Opera Holland Park, was "the worst libretto I've ever seen". Certainly it has its charms, rather like the painting here by Georg Roessler (1861-1925)  Imagine, it's 20th century! The kid has cherries hanging from her ears like earrings. But on the other hands there's a lot to said for cheery cherry escapism. And as Mascagni hoped, the music does stand on its own. "The happy ending may never be in doubt, but what it lacks in dramatic tension is more than compensated for by the opera’s glorious, irresistible music. This romantic fable set in an idyllic rural world is just the thing to beguile one’s cares." Read more in Opera Today