Not Peter Grimes, not the Dutchman but L’Étranger 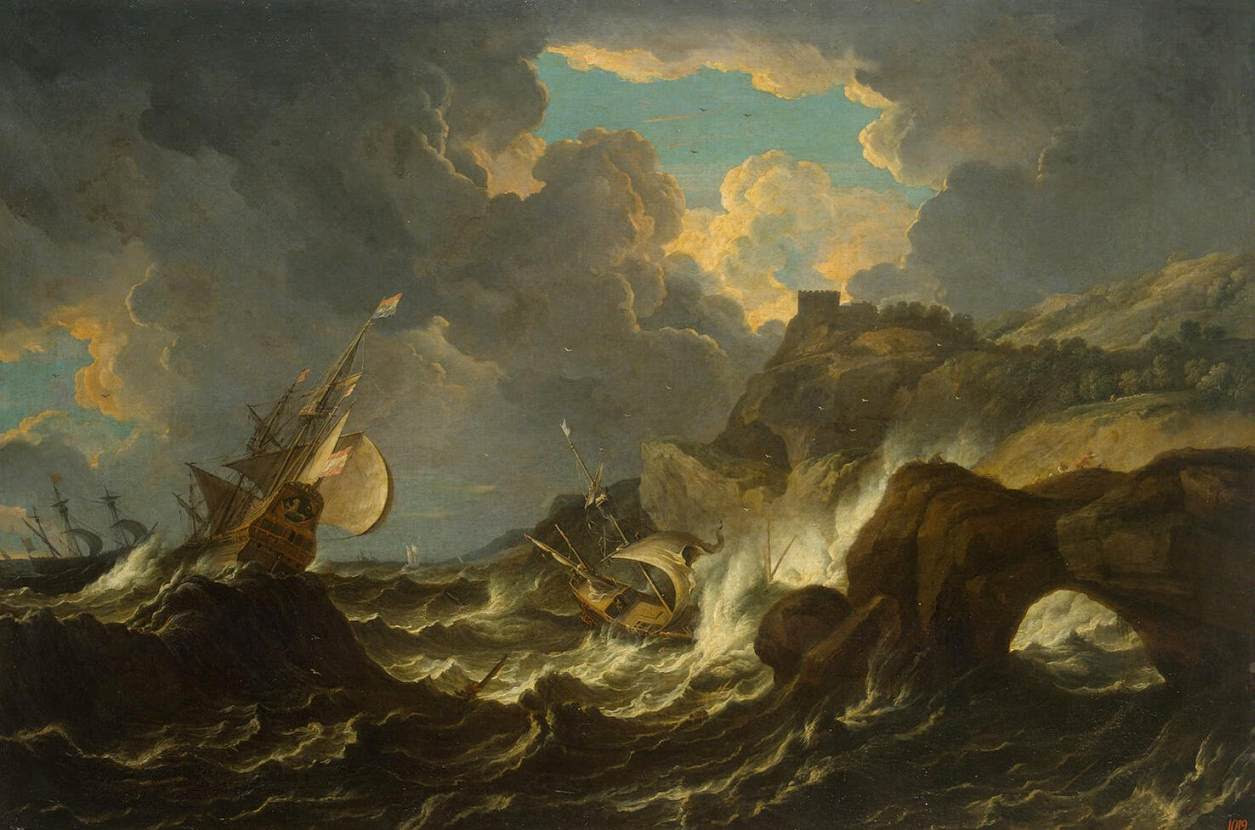 A stranger lives outcast from a small fishing village. He's the nameless L’Étranger. Everyone hates and fears him, but in fact he's a kind of Christian ascetic. Vita, a local woman is bethrothed to André, a customs officer - great marriage prospect, but he's dry and unemotional. Vita and L’Étranger fall in love but he's pledged to his sacred mission whatever it might be. (he's a fisherman but wears an emerald necklace).

Massive storm at sea, the village battens down, a ship is dashed onto the rocks.  But L’Étranger heads out alone into the surf to save the crew of the shipwreck. . Vita decides that she'd rather risk death with him.. Supernatural spirits: Vita throws an emerald into the storm, and the skies and seas light up virulent green. Peter Grimes? The Flying Dutchman? Even Lohengrin? This opera is contemporary with Pelléas et Melisande and La Mer.  It's Vincent D'Indy, his 1903 opera L’Étranger which is still available online on BBC Radio 3 til Thursday. The hyperbole of the plot is matched in the music - sharp rivulets tearing thru masssed tutti, gigantic swells that suggest the power of the ocean or whatever unnatural force is behind it, lyrical passages that suggest the tenderness none of these tortured souls can express.

The performance comes from the Radio France and Montpellier Languedoc-Roussillon Festival, recorded July 26. 2010. Fabulous performance, not that I know this music at all, but it's tightly conducted so the tension in the huge surges of sound  doesn't dissipate. This suppressed energy reflects the repression in the plot and its cathartic release. Superb cast, too. Ludovic Tézier sings L’Étranger. He has the stamina to sing extremely long arias where the voice is driven, like the character and the music. He's amazing. Listen for him alone if you must, this is how pointedly pungent French singing can be. No need for text, his diction's so clear. (The score is public domain). His voice cracks on the final Adieu! which is fair enough. A mysterious horn calls from afar. Then Cassandre Berthon's Vita throws herself into the fray, frightening long, high legato held heroically. Attends-moi!  The orchestra explodes, and the choir intones like spirits of the sea. D'Indy isn't fashionable but this opera ia fabulous, mixing verismo and totally off the wall symbolism. For me a real discovery.

Many thanks for the link as I would have missed this otherwise. I have heard a dim recording of his Fervaal which is all about mystical Medieval knights with a mission and owes much to Parsifal. The prelude used to be a Beecham lollipop.

There is a rich variety of post Wagnerian French opera: Magnard, Reyer , and Chabrier even. Very strange given the humiliation of 1871.

I have just heard the glittering symbolist Dukas opera Ariane et Barbe-Bleue in Barcelona, based on Maeterlinck. Why it is not heard more often I do not know, apart from needing a dramatic soprano of Elektra-like stamina. Where is the Germaine Lubin of our days.

When in Paris I visited the exhibition Les Tragedienes de L'Opera with many evocative pictures of the leading sopranos of that era.

A very rich resource to be explored. Next year is the Massenet centenary and there are works of his which have scarcely been performed since their first outings. Another "Ariane" for instance.