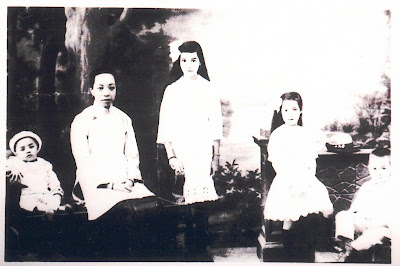 Strictly speaking, Madam Butterfly isn't "about" Japan. Japan is an exotic context, building upon Europe's fascination with things oriental. This fascination with alternatives to mainstrean western culture had a huge impact on the development of western music and art. To Puccini's credit, he took the trouble to find out as much as he could about Japan even though there are things in the opera which aren't historically accurate. It tells little more about real Japanese society than Gilbert and Sullivan. The important thing is that Puccini is psycholgically accurate.

Moreover, Puccini picks up on the basic premise of imperialism that that some cultures are "superior" and have a right to exploit others. Lt. Pinkerton is the ultimate colonialist. For him, the east gives him the freedom to behave in a way he wouldn't dare at home. Ther locals don't matter, nor their culture. They exist for his own use, not as themselves. In the end he takes Butterfly's child, denying her her one comfort and identity as a mother, and foisting a perpetual reminder onto his new wife that she wasn't the mother of his first child. Sexist creep. Few, however, question the assumption that the child might be better off in America. But the fact is that the US was a racist society. Ask blacks and Native Americans. Orientals were seen as The Yellow Peril, almost as non-humans, and a threat to white values. In parts of Canada and the US, intermarriage was forbidden by law. Mixed race kids didn't fit in. So the idea that Pinkerton is somehow redeeming himself isn't true. He's an imperialist who thinks that non-white cultures are inherently inferior, so taking the kid is a further insult.  Any cross culture adoption is fraught with issues, but a man as insentive as Pinkerton will probably never learn. He's even more of blind bigot than the opera portrays.

Non-western cultures were a lot more enlightened than the Pinkertons of this world then and now realize. The Japanese, for example, absorbed change readily. Much of Japanese culture stemmed from China. In the 16th century, hundreds of thousands converted to Christianity. It wassn't just the introduction of Portuguese guns and cannon that interested them. Then the revolution of the Meiji, when Japan transformed from feudal to modern within a few years. The Japanese even adopted colonialism, assuming that if the west could demand concessions from China, so could they. They were nearer, after all, and needed the natural resoures. One of the ironies of the Second World War is that it took the Japanese invasion to end western control of China. Obviously core values don't change but Japanese culture's a lot more adaptive than many.

But not all colonials were Pinkertons. British India isn't typical because British society was exported wholesale. Prior to the arrival of Memsahibs and the High Raj, people mixed. Millions of Madam Butterfly situations that weren't necessarily exploitive, as the number of Anglo-Indians and Luso-Indians indicate. People are people ! From the shores of Africa to the shores of Japan, hundreds of mixed race communities, which developed their own identity and sub-culture. First-generation mixed race had something to turn to, even if it was never easy being different. (that's why anyone who mknows Asia will know there was never, ever an ur-Butterfly).

A while back, there was TV documentary in which a British actor traced his origins. He'd assumed his ancestress in what is now Ghana, was exploited, but it turned out that she was a prosperous businesswoman who'd had a family with a Dutchman. He didn't abandon her and left money in his will to his children. Millions more stories like that, all over Asia and Africa. As one Eurasian super achiever told me, "We have to try harder because we have to prove ourselves". Fundamentally, it's just not true that mixed race situations are prostitution arrangements doomed to failure. That's "colonial thinking" implcitly assuming the inferiority of "lesser breeds" (as they were actually called once) . Obviously there were horrible things, because that's the way the world is. But the idea that non-whites are vaguely inferior, persists. Even now mixed race communities are dismissed by those who think in simplistic black and white terms (sic). It's a throwback to colonial racism, even if it's completely unconscious. Mixed race sub cultures are  important because they show the way ahead in a world that's becoming increasingly mixed. Trouble is, they're not studied properly because they don't fit easy classification.

Click on photo to enlarge. Plenty more on this site about cross culture, yellowface, Japan, mixed culture and stereotypes.
at June 24, 2011