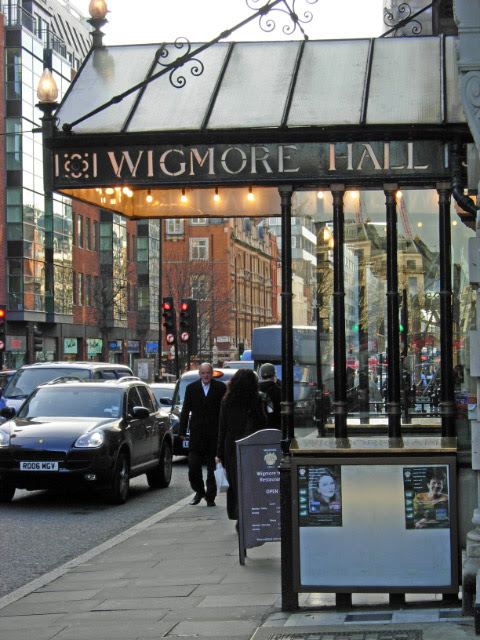 One of the many benefits of being a Friend of the Wigmore Hall is that you get a chance at the really hot tickets before anyone else, and that means Natalie Dessay! Completely sold out for public booking, tho' she's not singing arias but mélodies.

Pianists will probably be drooling - Maria João Pires, Nikolai Demidenko, Marc-André Hamelin and Stephen Hough, but this really will be the season for strings and Beethoven strings in particular. A complete series - Duos, trios, quartets, quintets, and supported by in depth study days such as Beethoven and the cello. Leonidas Kavakos, the Florestan Trio and the Belcea feature on the main page but Beethoven string music runs like a thread nearly everywhere else too. And Richard Brautigam plays fortepiano.

Several other good series, like the continung Dvorak series (Bernarda Fink, one of the best in this composer) or the William Byrd sacred  music series that starts March 5 2012 and runs til May 2013. Series like this are an ideal way of getting to grips with a subject because they leave you time to keep delving deeper in your own time - the only way to really learn. Also much depth for the 3 day workshop on Stravinsky A Soldier's Tale followed by a concert (Janine Jansen). Being a Hugo Wolf person, I'm excited about the Hugo Wolf series that starts on 10/1 with Christoph Prégardien and runs over 4 concerts to 2013.

Song highlights include Alice Coote's Winterreise which breaks every "rule" in the book but works, Ian Bostridge and Angelika Kirchschlager, my beloved Florian Boesch, Werner Güra (discovered while only 24 by Bill Lyne), Anna Prohaska and Hanno Müller-Brachmann.