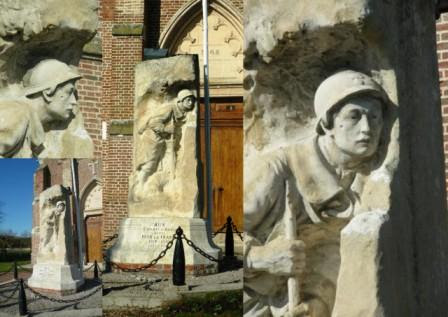 There is an ad around that says "Remember the soldiers who won't come back". Which is true. But remember those who do come back, traumatized, unable to get jobs, wounded emotionally if not physically. Heroes, who end up homeless and on the streets. Yet still the Big Powers are finding excuses for more wars.

St Martin-in-the-Fields often gets overlooked because it's not as glitzy as other places we go to. But that's exactly why this concert is worth attending. St Martin-in-the-Fields has endured. Once, it really was "in the fields" before London grew in the 18th and 19th centuries. Now every tourist stops by but locals take it for granted.  Yet it's a lovely performance place, a haven from the mad rush outside. And on Remembrance Day, it's a spiritual centre. Trafalgar Square was built to commemorate the defeat of Napolean and invasion of  France and Spain. Nelson sits on his column and a smaller statue of Edith Cavell stands in front of Pret a Manger. In 1990, a peaceful protest against the Poll Tax was crushed by police on horseback, riding all the way up the steps of St Martin's, beating elderly demonstrators with truncheons. The film footage "disappeared" apparently under a D notice, but it happened.  In 2002, the biggest ever demonstration against the invasion of Iraq took place in Trafalgar Square. Never in our worst fears did we imagine how that war would escalate and still be with us. No doubt Tony BLiar will wear his red poppy and smirk. Wha happened to the money he pledged the British Legion from his book sales? Not that it would go far enough to mend the damage.


photo : montage of a monument in Amiens, credit : Weglinde Gordon Lawson
at November 09, 2011