New Life for Hugh the Drover 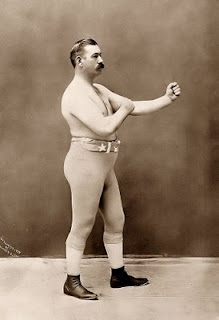 Is English Opera an oxymoron? (other than Benjamin Britten). "Imagine a tuneful eighteenth-century “ballad opera” of country life, say Stephen Storace’s enduringly popular No Song No Supper, cross it with Cavalleria Rusticana, throw in a bit of Rocky for good measure, and you have some idea of Ralph Vaughan Williams’s first opera, Hugh the Drover, a “Romantic Ballad Opera.” writes David Chandler in Opera Today.

Don't laugh too soon! Please read the full review here because it's a erudite analysis on what makes an opera work.

Hugh the Drover would be ridiculous as Grand Opera, but on its own terms there's more to it than reputation would have. The secret is in performances like the recent production by Hampstead Garden Opera, Upstairs at the Gatehouse. "They do not send it up, but they “sub-reference” the audience, to use Charles Lamb’s term, just enough to say “look, this is all tremendous fun, and we’re really enjoying ourselves.”

Context is all. Not long ago, the Royal Opera House considered English operas but dropped plans discreetly. It wasn't cost, but artistic good sense. Even Sir John in Love or A Village Romeo and Juliet wouldn't work in a space more suited to Wagner or Verdi. Why doesn't ENO do more English opera instead of opera in English? The Coliseum has connections with the English Music Hall tradition, and is small enough to suit the domestic nature of the English style. RVW's Riders to the Sea was popular, though it was treated much more as the J M Synge stage play with music than as the opera it is. That's the usual ENO hang-up about theatre rather than music. If the ENO could do musically-literate English opera, that would be a real challenge.
at November 24, 2011

New Sussex Opera staged Hugh the Drover last year, and it worked very well as a nostalgic "road " opera and even the boxing match was handled well.

But the Coliseum small enough.....?