Beethoven and Schubert in Schwarzenberg, Austria 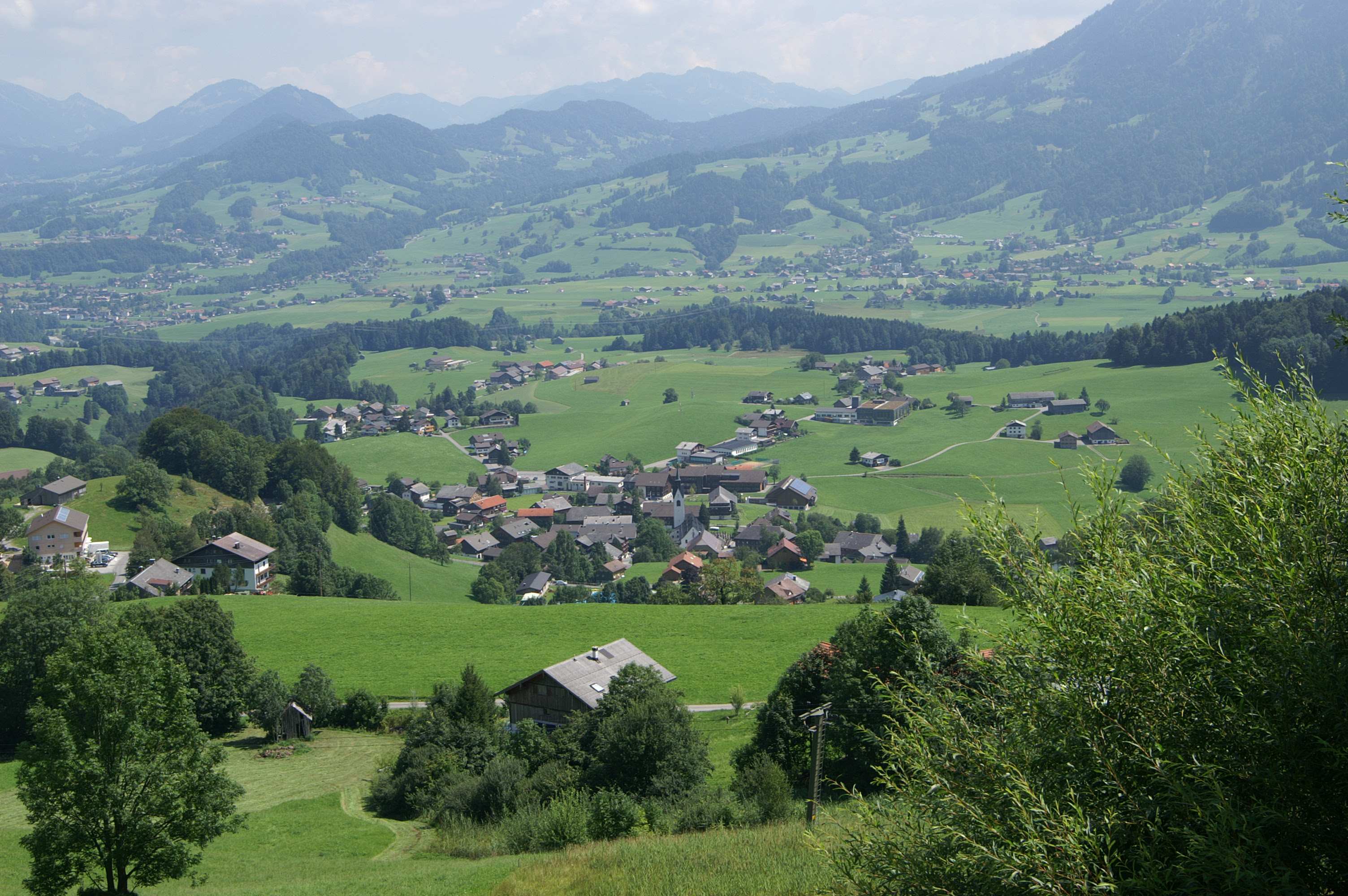 From Barbara Miller in Schwarzenberg in the Beregenzerwald :

"I am in Schwarzenberg with a Martin Randall tour that combines a wealth of Schubertiade concerts and recitals with walks in the surrounding Bregenzerwald Alps. The first Lieder recital we heard was Sunday night’s performance by tenor Mark Padmore and pianist Paul Lewis of some Beethoven songs, including An die ferne Geliebte, and Schubert’s Schwanengesang. Our tour lecturer, Richard Wigmore, noted that the entire performance could perhaps be characterized by the title of the Beethoven song cycle, as so many of the Schwanengesang songs talk of separation (either physical or emotional) from the beloved. In that light, it is possible to see the opening songs of Beethoven as setting up the “happy” time of the relationship, as “Mailied” celebrates the awakening of love in springtime, and “Neue Liebe, Neues Leben” shows ambivalence about the inner change this brings to the poet. This was followed by the spiritual musing of “Abendlied unterm gestirntem Himmel”,before the artists launched into An die ferne Geliebte, as a possible hint at the reason for the unexplained separation that is the subject of the song cycle."

"I found these songs less pleasing in Padmore’s voice than, for instance, the Schubert Heine songs that came later in the program. His vocal technique allowed for neither a heroic ring nor a smooth clear tone at the top, so the climaxes of the songs could sound a bit strained. In An die ferne Geliebte, in which Beethoven was exploring a return to simple, folklike melody as he began his final compositional period, much of the musical interest is actually in the piano, and Paul Lewis, who has had an extensive career as a solo pianist (including the complete Beethoven sonatas), gave that part the constant presence that it requires to tie the cycle together and give musical impetus and word painting to the heartfelt, but by no means brilliant, text. Schwanengesang, performed without interruption (other than a break for applause between the Rellstab and Heine songs), formed the second half of the program, and here the two artists (who have recorded the piece to some acclaim) really shone. I should first mention Paul Lewis’s magical handling of the water effects in “Liebesbotschaft” and of the fog in “Die Stadt” (to name only two places where I was willing to break my concentration to make notes). There were some spots in “Aufenthalt” and “Der Atlas” where Padmore’s low notes didn’t quite cut through the piano, but he had powerfully ringing high notes in “Der Atlas” (proof that he doesn’t always need to cover them), as well as a magically transparent tone in “Am Meer”, creating the numb memory that led to a perfect ratcheting up of the drama on the final line."

“Vergiften mit ihren Tränen”, which is taken by scholars to be a metaphor between being poisoned by the girls tears and the onset of venereal disease. I have heard the Heine songs taken in different orders; here the ordering was: “Der Atlas”, “Ihr Bild”, “Das Fischermädchen”, “Die Stadt”, “Am Meer”, and concluding with “Der Doppelgänger”, where again the drama was built beautifully through flawlessly smooth dynamic changes. After a pause, Lewis broke the desolate mood of the previous piece with the gentle opening of “Die Taubenpost”, and Padmore, whose hand gestures through the recital had been stable but showed sign of tension, opened his hands to the audience as he asked us if we also understood “Sehnsucht”, as if coming back to himself following the storm of the Heine Lieder. Paul Lewis maintained a constantly brooding presence throughout the recital and the bows between sections, lightening up a bit during the numerous enthusiastic curtain calls that followed the performance, no doubt providing much gratification to the singers, but failing to tempt them to follow this long, demanding sing with any encores."