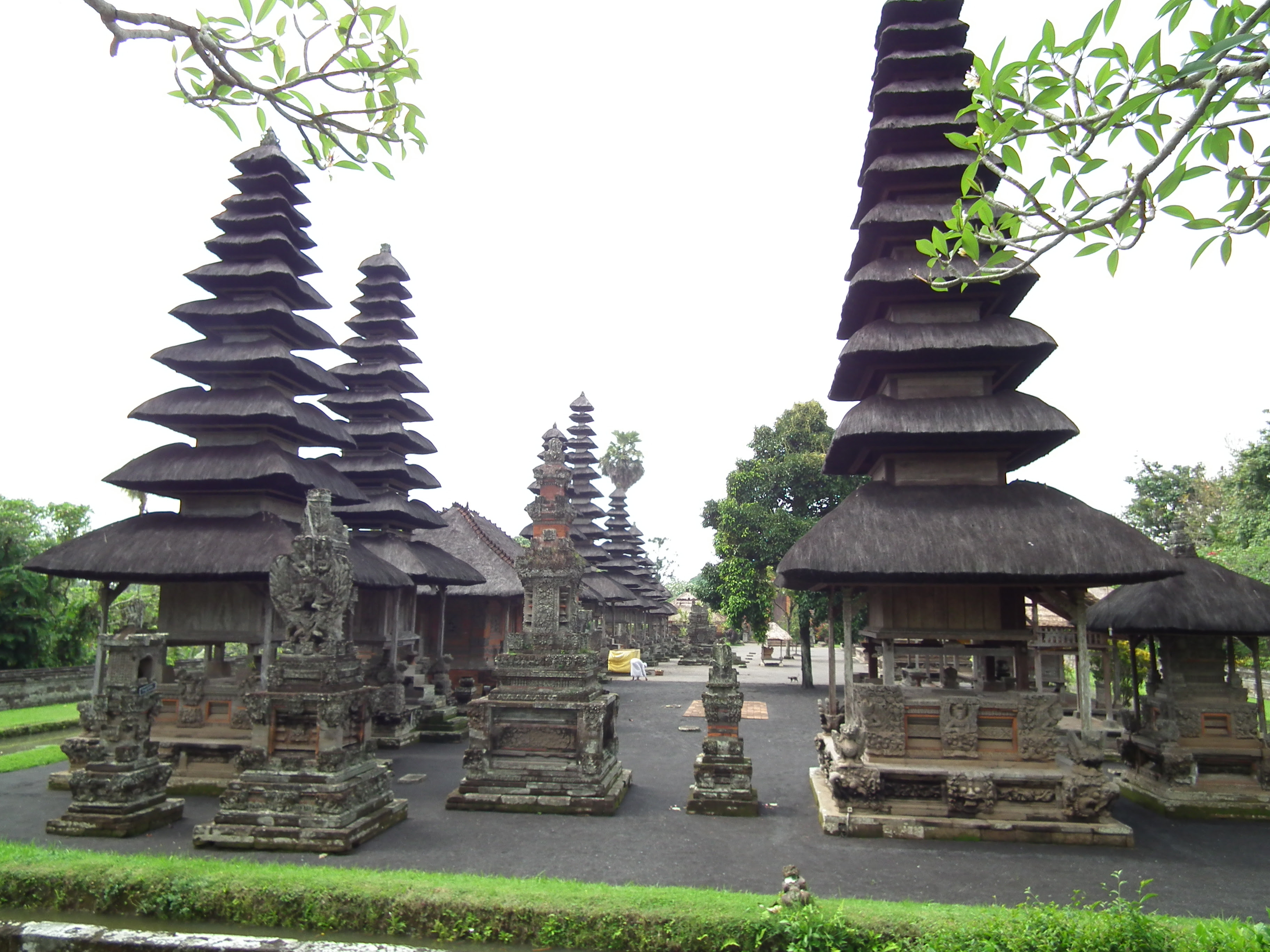 The Prince of the Pagodas is so crucial to Britten's music that that it's surprising that there's been so little analysis in the media. What makes this ballet unique is that Britten is consciously cross-cultural, experimenting with new ideas he would develop later. Nowadays gamelan is practically mainstream, and everyone's heard about Bali, so it's hard to miss what makes the music in this ballet unique. In serious music circles, however, the importance of The Prince of the Pagodas has never been in doubt. Read Mervyn Cooke's Britten and The Far East (Boydell, 1998)  It is so well written that it is a first point of reference for anyone interested in Britten, or indeed modern music and cross-cultural studies.

Benjamin Britten was never insular. Mervyn Cooke describes the influence of non-western music on western music (Debussy, Poulenc, McPhee)  and Britten's visit to Bali, where he was assisted by a Dutch musicologist who specialized in Balinese music. Britten was no casual tourist. He'd learned Balinese music from McPhee (see here for a clip of Britten and McPhee in 1941, playing transciptions) and knew the correct terminology and structures. Cooke's analysis of the impact on Britten's music is so penetrating that I won't summarize. Cooke's book is a central key to Britten studies. You NEED it! 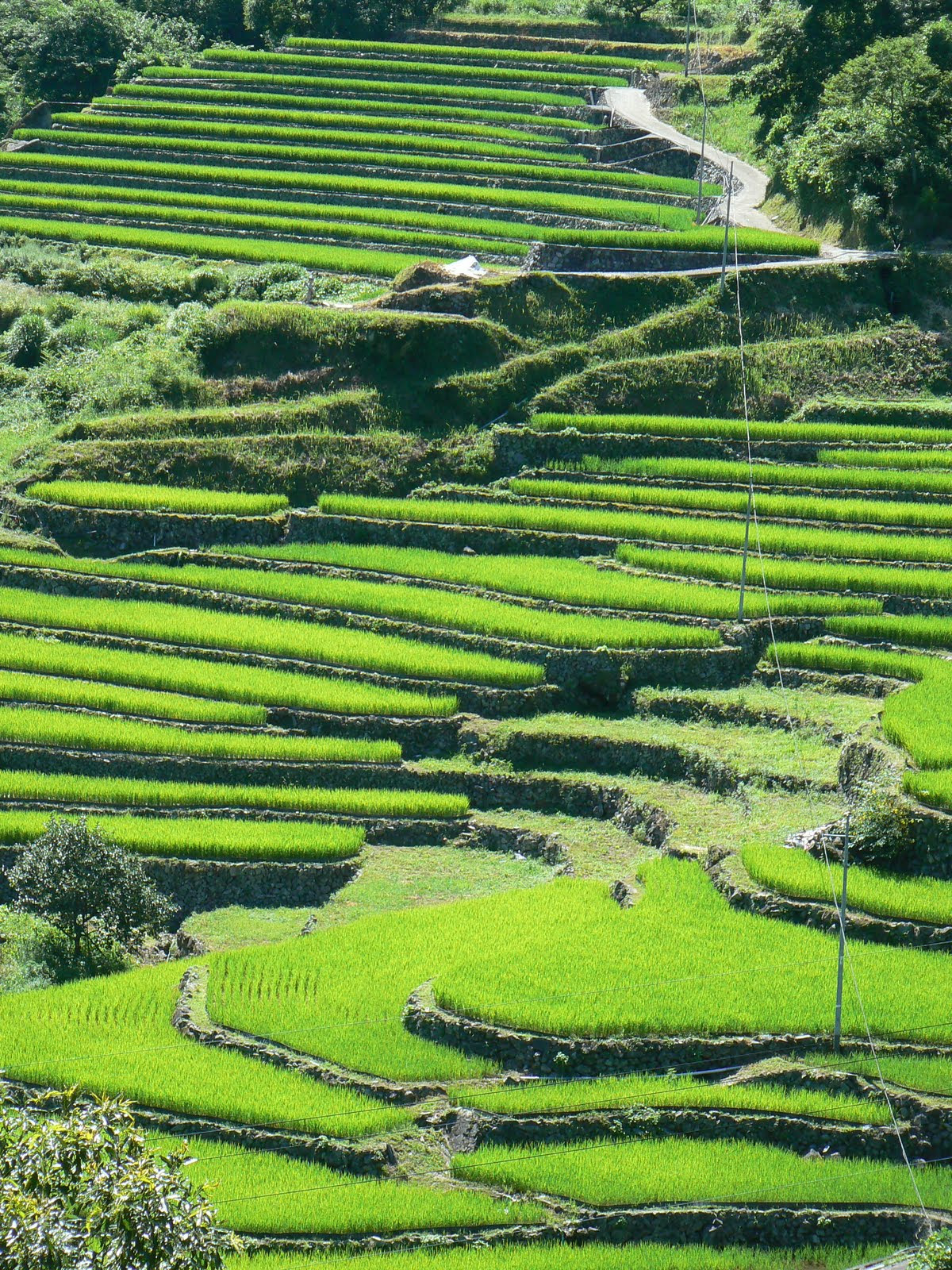 The photo above is Taman Ayun Temple, Bali, coutresy Geoff Clarke. Click to enlarge. It's interesting how landscape affects culture. Throughout Asia, rice fields are carved in terraces, curving round the slopes of mountains. Rice is also grown on flat plains, of course, but even there rice padis are enclosed by low walls to regulate the flow of water. There's still a pattern  in the landscape as the padis are small and follow the shape if the terrain. Terraces and padis are ecologically sound because they make maximum use of rainflow and growing space. (This photo is Japan.) Pagodas and temples reflect this too,as they rise upwards in stages. There is cosmological significance, too complex to go into here, but the point is that physical design comes from organic experience and from the landscape. Think of the way the Great Wall follows the contours of the land. .

Translate this into music: rhythmic series! Much non-western music moves in plateaux that vary imperceptibly, acceleration and decelaration, changes in tempo and pitch regulated communally by the performers when they feel right about it. The whole structural ethos is different to western music. Percussion predominates. Perhaps it's also significant that in many non-western cultures, music is associated with dance. Thai and Balinese dancers for example use angular, rthymic movements that might seem at odds with body shape, but are used sensually and expressively.

As Mervyn Cooke notes, it would be unthinkable to separate music and dance in Balinese culture. We can see why Britten was persuaded to write The Prince of the Pagodas though ballet was not a form that interested him greatly in principle. The Royal Ballet staging (Monica Mason, Grant Coyle, Designs Nicholas Georgiadis) reflects Britten's Bali in the sense that we see pagodas very much like the ones at Taman Ayun - particularly evocative towards the end when they're lit from within, so they seem like glass or ice sculptures. Even the tubular metallic uprights (presumably abstract castle towers) feel right in musical terms. Much of the rest of the ballet seemed very western to my non-western eyes, as if a ballet from the time of Louis XIV or the Tsars were transported to a fantasy setting. That's perfectly apt, though, considering John Cranko's plot is a strange mix of fairy tale and absolute monarchy. As dance, I would have liked more adventuresome movements picking up on the exotic quality of the music, but that's unrealistic. It's  Kenneth Macmillan's ballet not mine! A good critic respects that the author of a work has a point even if it's not the same as the critic's.

Western ballet music is episodic because it has to allow set pieces for dancers to show what they can do best. For dance lovers, that's the whole point.  Some composers do episodic brilliantly, but I suspect that for Britten it didn't come so easily. Read Mervyn Cooke again for more detailed analysis of the work. Britten is not writing incidental music around dance, but experimenting with ideas he's adapted from Balinese music.  This is the USP of The Prince of the Pagodas, it's "unique selling point"  What a pity that more wasn't made of it in the media and marketing. In Act Two,  the long uninterrupted flow allows Britten to write as if he were writing a tone poem. Musically, it's the most stunning part of the whole work. This is where Britten is really "telling the story" as dream  sequence, connecting to the bizarre fantasy that makes a princess fall for a Salamander. (The Freudian symbolism is obvious.) Perhaps that's why there were two intervals which killed the dramatic pace. The first and last acts are almost bookends for the heart of the piece. .

Oliver Knussen conducted Britten's The Prince of the Pagodas in 2006. There's a wonderful recording, energetic, bright, idiomatic and also accessing the darker levels of its meaning, and brought out the Balinese inventiveness very sharply. He'd read Mervyn Cooke. Barry Wordsworth conducted this 2012 revival with a pleasant Romantc feel, perhaps more attuned to MacMillan than to Britten, which is perfectly valid.  Recently, Britten's original 1957 recording has been re-released. It should be interesting as composer recordings usually are, but the genesis of the piece wasn't easy, and Knussen has the benefit of fifty years' extra reflection.

Please explore this site for more on Britten, non-western music and cross-cultural influences. Messiaen is relevant tooi. Please also see HERE for a description of the theatre Britten and Pears gave a recital in when they visted Macau in 1956.

Email ThisBlogThis!Share to TwitterShare to FacebookShare to Pinterest
Labels: ballet, Britten, Britten Prince of Pagodas, Britten The Princer of the Pagodas