This latest release in Stone Records' Hugo Wolf Complete Song series fills a valuable niche in the market. Wolf's early and lesser-known songs, some written when he was only 15, are spread out all over the discography and take some tracking down. Here, they are gathered together in a convenient group, with more to follow, since Wolf wrote 88 extant songs before his breakthrough with Mörike. Since the disc also includes songs Wolf wrote towards the end of his artistic life, it shows insight into his creative processes

Because these songs aren't well known, it's important to hear them in context. Richard Stokes's programme notes are superlative. His knowledge of the background is encyclopaedic. He's analytical, and draws well-judged comparisons with other composers, citing specific works, some known mainly to specialists, but does so in a style that general readers might be spurred on to explore further. This is what intelligent music writing should be about. Anyone seriously interested in Wolf will need this disc, but Stokes's notes are worth the price alone.

Although most of these songs date from Wolf's youth, "none of them is insignificant", writes Stokes, and explains why. Even in his teens, Wolf was well read, experimenting with different poets as if he were learning to hear the "music" that made each poet unique. Wolf sets Chamisso, Hebbel, Körner and Rückert and poets whose names are obscure today, some even anonymous. In Körner's "Ständchen" (early 1877) Wolf observes the hesitant changes of mood perhaps more pointedly than the poet does. The flow may not be conventional, but it's emotionally sensitive.

Wolf was also well informed about other composers. Beethoven's setting of Freidrich von Matthison's "Andenken" is exceptional, but Wolf finds interesting things to say himself, particularly in the piano line. Wolf revered Schumann but even at this age was wary of imitation. "Whereas Schumann composed a chorale-like setting with close harmonies", writes Stokes, Wolf's setting of Rückert's "So wahr die Sonne scheinet" (February 1878)  is "altogether more euphoric". Wolf's an exuberant teenager, while Schumann was reverently writing for, and with, Clara, after a long, troubled engagement. Wolf is learning originality. Later in life he didn't set poems unless he felt he had something personal to say.

With the settings of poems by Hoffman von Fallersleben, signs of Wolf's mature style emerge. The poems aren't subtle, but this gives Wolf the freedom to dash them off in rapid succession as the excitement inspires him. "Auf der Wanderung" bursts with joie de vivre. The vocal line surges, the piano part cheerful. This is a song for a young man who has open roads and open skies ahead of him.  "Ja, die Schönst! ich sag es offen!".begins with a vaguely Schumannesque prelude for the piano, but is very un-Schumann-like in its confidence. 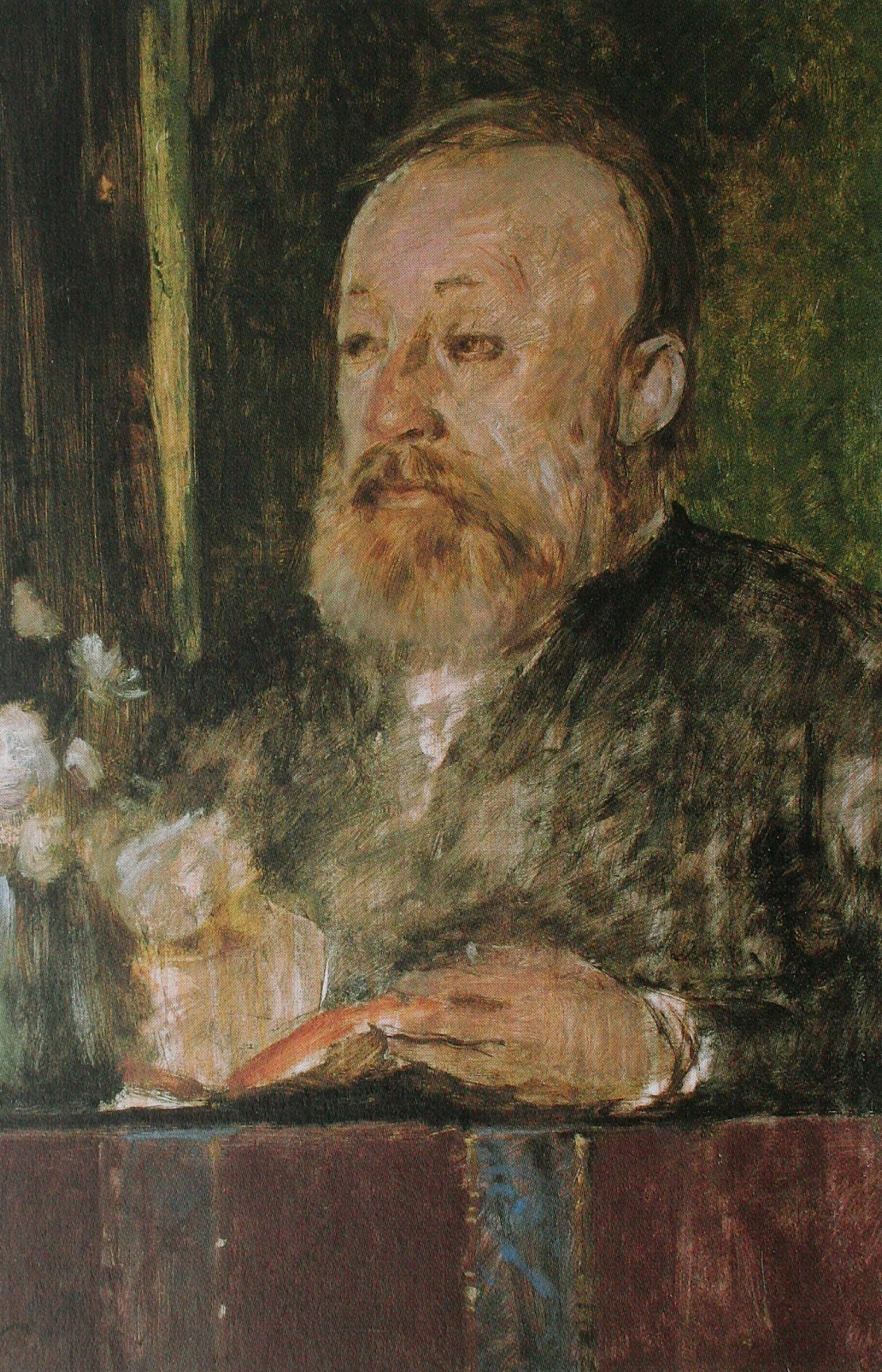 The disc then moves on to June 1890, after the Mörike,  Goethe and Eichendorff songs and the Spanisches Liederbuch. Wolf laboured with "Alte Weisen, Sechs Gedichte von Keller". Even Frank Walker says "Only 'Wie glänztder helle Mond' is wholly worthy of Wolf's genius", but that's only comparative. In these songs, we can hear glimpses of what was to come in the autumn and early winter: The Italienisches Liederbuch. There are also echoes of the Spanish Liederbook  in the droll character vignettes. Wolf's Keller settings are interesting as they fill the relative doldrums betwen the intensity generated by the two great masterpieces. Interestingly, Othmar Schoek, who revered Wolf, went on to set many of Keller's poems. This sketch of Keller was done by Arnold Böcklin in 1889.

The following year, Wolf planned to write incidental music for Henrik Ibsen's play "Das Fest auf Solhaug". Perhaps the translation didn't sing to him,. "Damnred little poetry", he wrote "I wonder where I shall get the plaster from to clothe in music this home -made carpentry". Yet, as pure music, Wolf's songs, espeially the lovely "Gesang Margits" are beautifully expressive. Did Wolf know Grieg's Solvieg's Song (1876)? Like Wolf's other ventures into opera and music theatre, the parts may be greater than the whole.

The soloists on this recording are Mary Bevan and Quirijn de Lang, and the pianist is Sholto Kynoch.  Since the explosion of Wolf recordings after the 2003 centenary of his death, the market is flooded  but this disc is unique because of the material. Stone Records' series Hugo Wolf : the Complete Songs is shaping up well, and this disc in particular is a valuable contribution to Wolf studies. Buy it here.