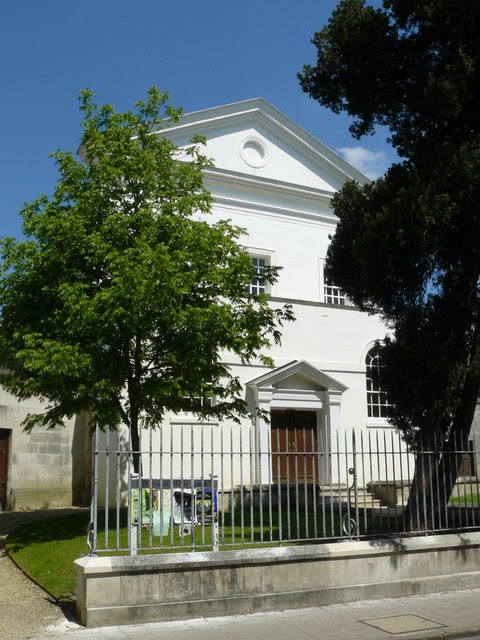 Details of the 11th Oxford Lieder Festival 2012 are out now, and this year there are some very high profile events! Sandrine Piau and Roger Vignoles open the season on October 12th with a recital of French song. Read about her Wigmore Hall recital earlier this year HERE because it looks as if she's singing a very similar programme, built around Debussy Ariettes oubliés. Piau's voice is light and pure, probably even more suited to a small venue like the Holywell Music Room.

In partnership with Stone Records, the Oxford Lieder Festival has been recording all the songs of Hugo Wolf (read about some recordings in the series so far HERE). Wolf's Spanisches Liederbuch features over 2 days, as there are 44 songs in all. The songs in the first part are a mix of religious and erotic, while the secular songs are like miniature operas, where each song tells a story. Birgid Steinberger, who so impressed at last year's OLF (read more HERE), heads a good team. I love the Spanish Liederbook, and 15 years ago told friends why it's so interesting. Then I saw my "masterclass" repeated in someone's review soon after. Why do people write when they don't know a subject? It's not fair on readers.

Florian Boesch and Malcolm Martineau on 14th October. Anyone who goes to the Oxford Lieder Festival has heard Schubert Die schöne Müllerin dozens of times, but Boesch and Martineau make it feel fresh and original. Read here in Opera Today about them doing it in London in March, one of the great recitals of the year. It is excellent to see Oxford Lieder developing a kind of partnership with the Wigmore Hall. They should be doing more together, I think, because they enhance each other. Sholto Kynoch, Oxford Lieder Festival Director and pianist, started the Festival almost from scratch eleven years ago when he was still a student, and now it's firmly established as a nationally significant event. I'm proud to say I've been a Friend since year 2. Oxford Lieder is especially good at nurturing new talent.  Many OLF discoveries go on to great sucess, but return because the OLF atmosphere is good. Back this year are James Gilchrist and Anna Tilbrook, Sophie Danerman, Lucy Crowe, Katarina Karnéus and Alice Coote. How time flies! These singers show why OLF is good to be part of. The secret of OLF is that it encourages the joy of singing, for its own sake, and from this all else follows.

This year the singers to watch out for include Robert Murray (excellent Steersman in the ENO Flying Dutchman), Susanna Andersson (The Baby in Knussen's Higgelty Piggelty Pop!) and Stuart Jackson  who won second prize in the Wigmore Hall International Song Competition. He's very young indeed, but has a distinctive voice. so much so that I could remember him a whole year after I'd first heard him sing a few songs in a private recital. He's sensitive and intelligent, qualities that are extremely important in art song, and deserves a lot of support.

Robert Murray sings Janáček The Diary of One who Disappeared, one of my all-time favourite cycles, on 18/10. Susanna Andersson sings Schubert with much loved OLF perennial Stephan Loges on 27/10. Stuart Jackson will be singing on OLF's Day of English Song on 20/10, together with Johnny Herford, William Vann, Jonathan McGovern, Lucy Crowe and John Mark Ainsley.