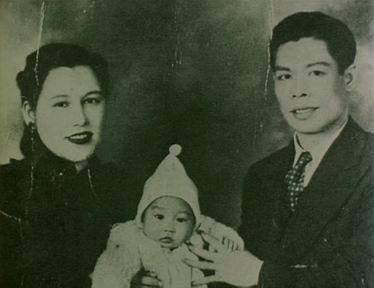 Bruce Lee is a huge cultural icon but do we really appreciate just how radical he was? He brought kung fu to the west but he also transformed Cantonese values. Nowadays we don't remember just how prevalent colonial values were, and how everyone acquiesced in the status quo for many reasons, as if brainwashed.  There's no need to get defensive or deny this. It was just the way things were. It's hard to explain just how radical his impact was without relating to the context of the times Then along comes Bruce Lee.  He kicked ass in every way!  He beat up white guys! It wasn't just his moves (wilder than traditional kung fu) but his ATTITUDE. Kung fu isn't fighting but mental discipline. Bruce Lee did what many felt but could not express, and he did it to better the world around him. But what influenced him to become what he was?  The secret lies partly in his early Cantonese movies.

Bruce Lee (李小龍 Lee Siu Lung, "Little Dragon") came from a movie family, so he absorbed the socio-political values of the industry. In Chinese culture, art and education go together, so right from the start, film in China was linked to modernization and social change. Of course Chinese movies can be totally airhead, but many obliquely address moral values. Chinese films are entertainment with a subtext.

The Guiding Light (苦海明燈) (1953) was Bruce Lee's eighth film, so even at the age of 13 he had long experience. All the stars were big names in Cantonese film, and he almost certainly knew them all socially. The film begins when a pretty young woman (Ah Ngo, played by Yung Siu Yee 容小意) gives birth. She was conned into getting pregnant by Mr Chan who has no children and promises to marry her if she bears a son. In fact he just wants the kid, not her, so she runs away, heartbroken. She has no family and is so poor that she gives the child (Tien Sang) to the kindly Dr Lam who delivered him. The doctor adores the kid  but when he remarries, his wife wants to start afresh with her own child,  Incensed, the wet nurse takes the child to live with her in poverty. He's happy, though, and makes friends with a little blind girl who gers bullied. Eventually wet nurse dies, and her lowlife husband  lets his friend sell the child to a wealthy couple. The boy gets to wear a western suit and bow tie but it's a horribly tense, unhappy home. Then he overhears the new parents scrapping about money and owning children. Shocked, the boy runs away, stealing food to survive, sleeping on streets. Bruce Lee played wild, feral children in several other movies, so maybe this is when he became an independent, self-sufficent personality who wasn't going to accept anything at face value.

Then Mrs Lee,  Pak Yin (白燕 ) comes into his life. She and her huband, a doctor, run a school for blind girls and offer to let him stay. Pak Yin was a great beauty and mega star but here she's dressed frumpy and wears glasses and a grey wig, to show how serious the role is. In real life, Pak Yin was a powerful personality who made many movies with a progressive and even feminist agenda. Even in this film, all the women are dominant characters, even the minor roles.  They are agents for change, positive and negative. Pak Yin was also a partner in the film studios she worked in, and nurtured other creative people. (Read more about her here)  Clearly, she was an influence on what Bruce Lee was to become.

But because the boy has has been rejected so many times, he trusts no-one. Then he sees the litttle blind girl he knew before, and settles in. When the boy grows up he morphs into Cheung Wood-yau (張活游) another mega star who nearly always played  good natured liberals. Grown-up Tien Sang becomes a doctor like his adopted Dad and makes a medical breakthrough to cure blindness. He's feted at a big party, and makes a speech to say that all that he has become is thanks to Mrs Lee who took him in and taught him to better himself and to serve the community.  "I had no parents but you were a mother to me".

Then Pak Yin makes her big speech. "It's not so simple", she says. "Every person is a result of three influences: birth, nurture, teaching. I taught you but I can't be your parent". Old Dr Lam comes in. "Do you remember me? I tried to nurture you, but couldn't, but I've brought your birth mother.".But first, the nasty Chans run in.  They read the newspapers and want to share the success. "I spent a lot of money to bring you into my family", says Mr Chan, "Now you owe me, and I'll sue you if you don't pay up". So natural birth mother, who is now poor and haggard, confronts her former lover. "He is my son. If you're going to sue him, you're going to have to answer for what you did to me". She addresses the gathering. "This man doen't deserve to be a parent". Tien Sang is shocked, as he's suddenly discovered his genes. Ah Ngo says, "I bore you but I couldn't raise you, it's Mrs Lee who made you what you are". "I'm happy just to see you." (ie she's selfless, unlike his father)

Then Pak Yin (the real star of the movie) makes her big statement. "Every child is born with potential but if they're not treated right it's wasted. We have a responsibility, because children are the foundation of good society".  Pan to a shot of a lighthouse on a rock. So perhaps we understand better what made Bruce Lee the man he was.

Lots more on this site about Chinese film and culture, including full downloads. Follow the labels below.