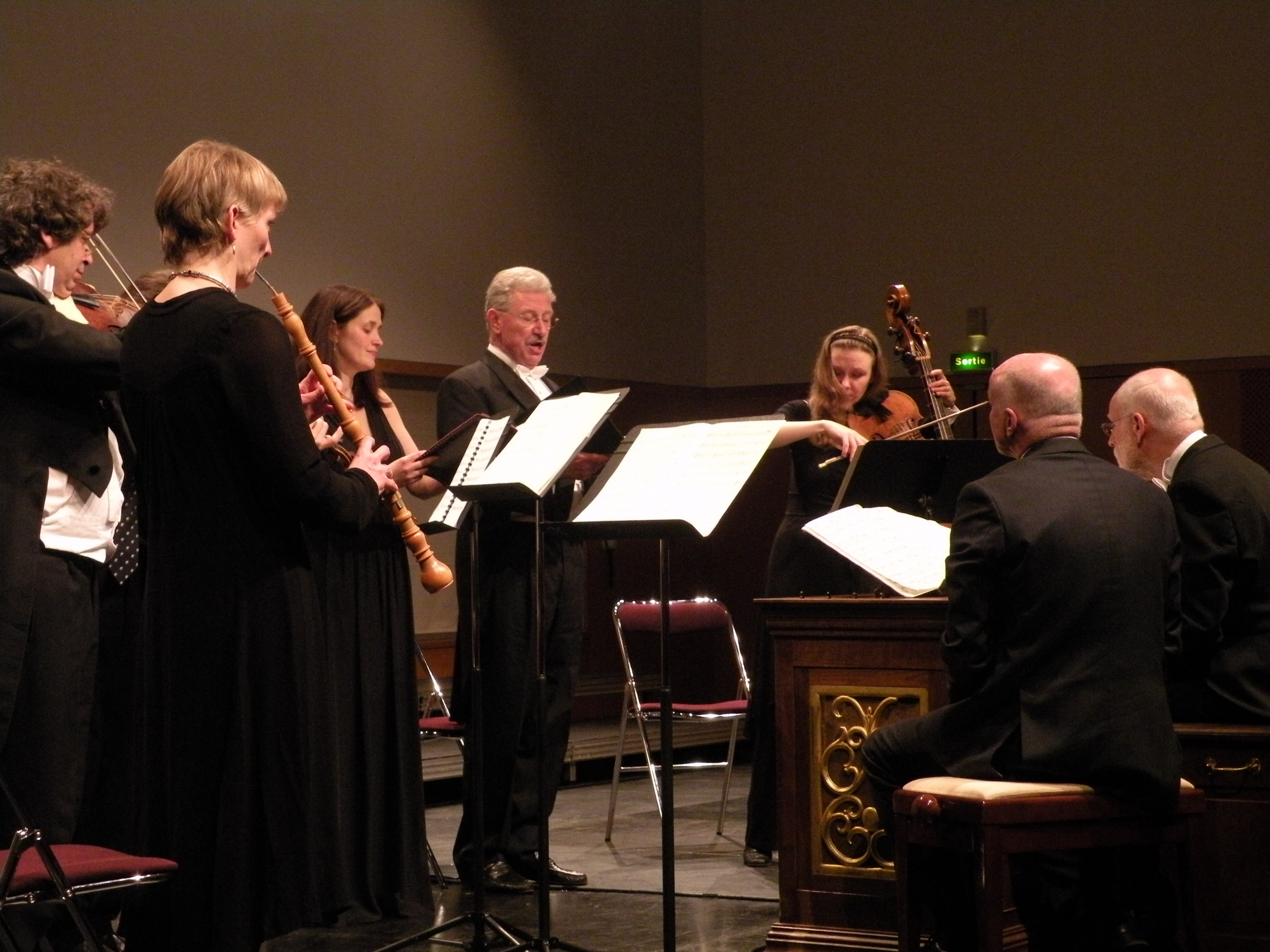 Despite rain and cold, it's summer! The Spitalfields Summer Music Festival starts Friday. Spitalfields Music Festivals have always been an eclectic mix of early music, baroque and up to the minute contemporary. Sturdy foundations, like Christ Church itself, a Hawksmoor structure that's survived despite travails. Good solid period music, done without affectation in simple but dignified surroundings. Modern music sounds good here too, benefitting from the clear, unfussy lines.

Tomorrow,  Ton Koopman and the Amsterdam Baroque Orchestra in an all Bach programme, (incl cantatas) which should be glorious. Interesting to realize that these works were written at the same time that Christ Church was being built. Get there early and hear the new Howard Skempton work for church bells. It's called Five Rings Triples, which might express what it sounds like.

Even bigger highlight on Monday 18th, when John Eliot Gardiner and the Monteverdi Choir do an a Capella Pilgrimage.  Tallis, White, Tomkins and Byrd. Sold out ages ago - returns only. This weekend, though, Harry Christophers and The Sixteen do an all-English selection - Tallis, Tippett, Byrd, Britten.

Next Tuesday 12th, Henry Purcell's The Fairy Queen.  Don't miss The Fairy Queen at Glyndebourne because it's an amazing theatrical experience, (possibly less so on film). But get to Spitalfields for this concert performance because it should be musically rewarding. Paul McCreesh conducts the Gabrieli Consort. Good soloists including Sophie Bevan (currently Donna Elvira at Garsington Opera) and Ashley Riches (a favourite from the Guildhall School of Music and Drama). More baroque and the Stravinsky Mass with the Gabrieli Consort, On Thursday and Friday 14th/15th, La Nuova Musica presents two oratorios, (Charpentier, Carissimi,)  in a staging by Vignette Productions. 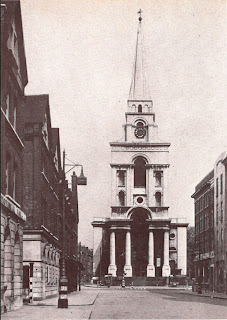 Wednesday brings a Harrison Birtwistle rarity, Bow Down. This is an early experimental piece where musicians (members of the London Sinfonietta) and actors combine to act out a story of love and murder. Primeval saga in tight, intimate form. Very Birtwistle. It's staged by The Opera Group, under their new director Frederic Wake-Walker. The Group has always been innovative and communal, so even without John Fulljames, they should be very interesting.  I can't make it, but anyone who can, please let me know. Two performances, early and late on 13th. It should be interesting heard with Samuel Beckett's Old Earth, with music by Alec Roth, which includes a chorale for The Sixteen. It's a world premiere, staged, with actor Alan Howard. Four performances, 15th and 16th, La Nuova Musica (new music of the 16th century) presents "a staging of two trailblazing oratorios" (Charpentier and Carissimi) with Vignette Productions. Imagine "immersive sound installations".

You can have the London Handel Players play Tafelmusik while you dine at The English Restaurant. This sold out fast, but you can go to the restaurant at any time, without music. Fantastic menu, which might convert even me to English food. "In a world seemingly in love with novelty and fads and gimicry, we aim to offer simple integrity, in never purchasing ready-made, in cooking always and only from fresh ingredients, and in rediscovering the noble and rich traditions of the English kitchen.", they say, which fits in well with the spirit of Spitalfields Music Festivals.