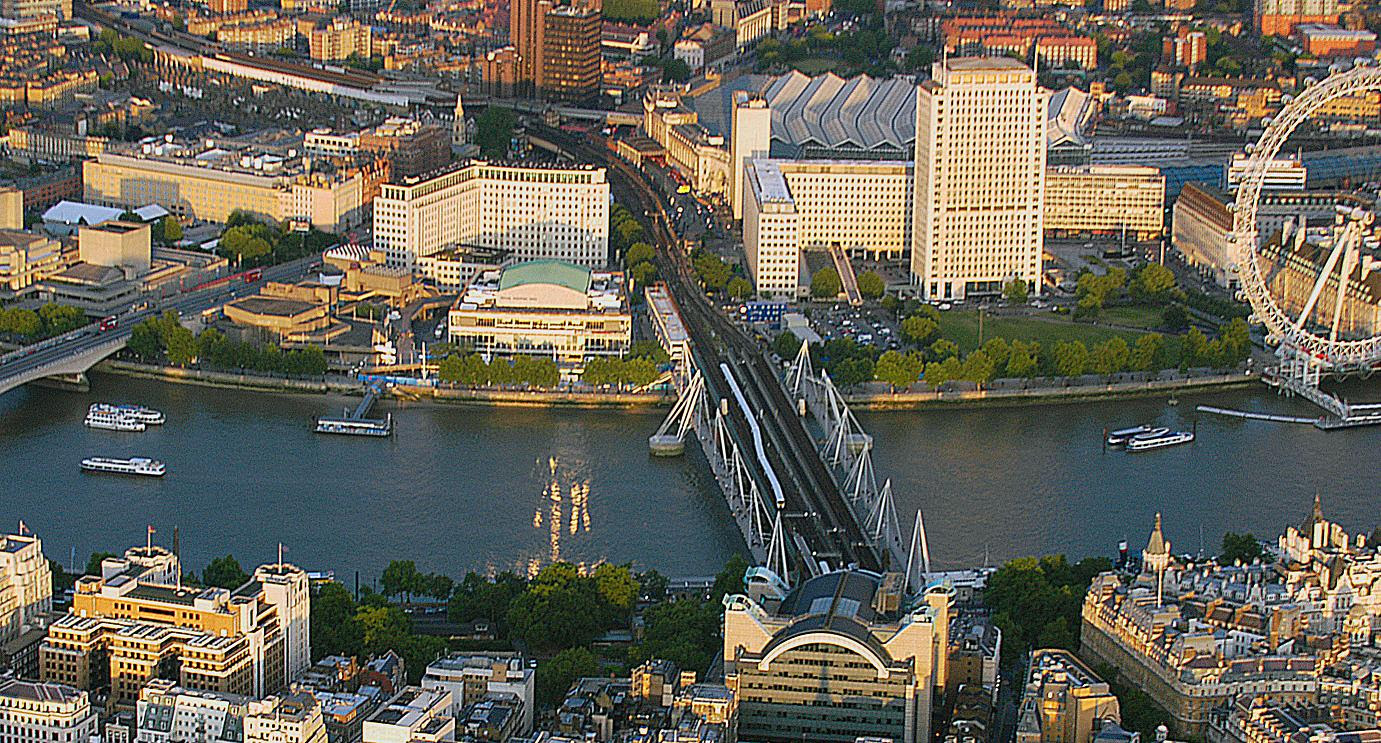 This aerial photo of London's South Bank was taken only six years ago, but it's hard to recognize now. These days you can't walk for the debris,  permanent building works, trucks parked willy nilly and most of London out for the weekend. Is the South Bank consuming itself ? Read this article "Are developers destroying the South Bank?" by Ellis Woodman in the Telegraph.

The first part of the article deals with the proliferation of office space and high rises around the area.  But scroll down to paragraph 10 which deals with the South Bank Centre. Unlike many other organizations, which object to the developments, the South Bank Centre Board has entered into a financial deal with them. Woodman concludes "Anyone who values the public life of London might also care to take issue with the proposals. The number of shops and restaurants on the South Bank was already much increased by the 2008 refurbishment of the Royal Festival Hall and the prospect of another influx raises real fears about the site’s continued relevance as a space of civic inclusion."

This puts ther £120 million plan to redevelop the South Bank Centre into wider perspective. Attention has been cleverly shifted to the skateboarding community, supposedly a soft target, to deflect closer examination. But what will the extra (and expensive) space be used for?  Billy Bragg, who once had credibility on the left, thinks "local people" whatever that might mean, will benefit from new rehearsal rooms, but how so?  As Woodman says "This fully glazed space is billed as a rehearsal area but its extraordinarily prominent location is more obviously explained by its appeal to the corporate events market. A large volume of new retail and restaurant space has also been deemed necessary to balance the books. Some of this is to be housed in a new “liner building”: a narrow, three-storey slab that will extend down the side of Waterloo Bridge before cantilevering bombastically over the riverside walkway", .And how do poor working class locals benefit when the area becomes upmarket office and luxury apartment space ?

The problem with the proposals is that they're piecemeal : either not at all thought through in terms of cost benefit to the arts, or only too well thought through in terms of disguising the benefits to non arts and non local interests.Surely proposals as far reaching as these should be examined in the context of London- wide or nation-wide arts policy ?

It's not just a South Bank Centre thing. The area is unique,. Arguably it belongs to ordinary people, even arts lovers taking secondary place. As has been suggested, a proper solution might be to deconstruct the monolith of the South Bank Centre altogether. Why not decentralize, as other bodies like the Barbican are doing ? Why not shift South Bank management across town, like the London Sinfonietta and OAE ?  That would free up a whole building and packs of open space. The fact is, the South Bank area is a valuable resource. Why not turn the place into an all purpose public space and relocate the arts facilities elsewhere ? Let those who benefit, ie the rich, finance the move. This is far too big an issue to be left on this level. Isn't there any consistent arts/community policy in this country?