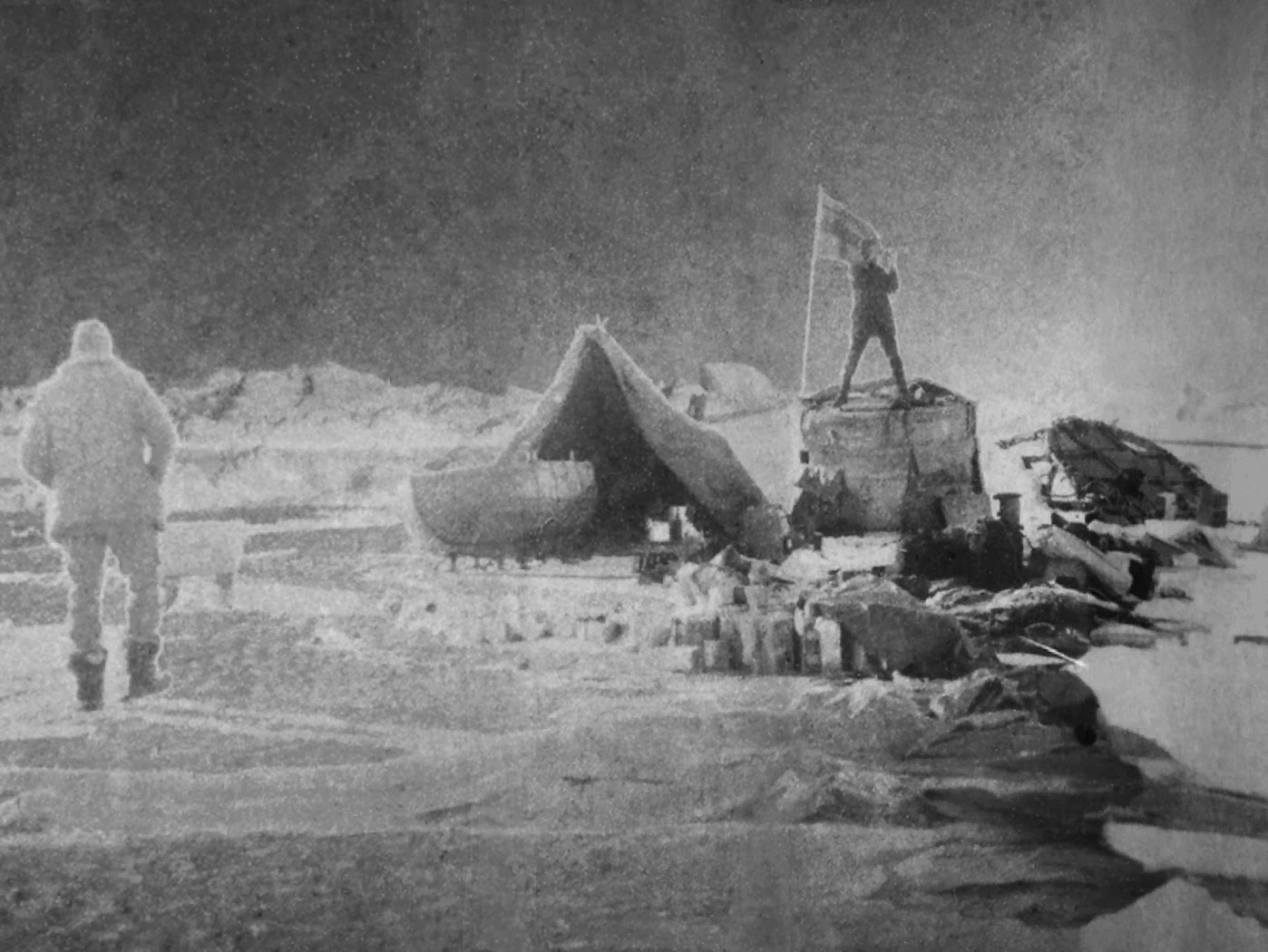 Alas, I've had to misss so much of this year's Oxford Lieder Festival but next week's recitals are so good that they will be worth the wait. Friday's concerts revolve on the theme "Frozen Landscapes and Winter Journeys"  There's a special excursion at the Pitt Rivers Myuseum, perhaps the quirkiest museum in the country, with shrunken heads, "native" artifacts, Inuit tools and models of ships. Currently there's a special exhibition about the Andrée expedition. In 1897, Swedish explorer Solomon Andrée tried to fly to the North Pole in a balloon. Thirty years later, his photographs and diaries were discovered in the remains of his final camp in the frozen wastes. Like Amundsen and Scott in the Antarctic, it's a story of courage against the adversities of nature. Absolutely the stuff of Lieder!

Mark Stone and Sholto Kynoch are doing Ralph Vaughan Williams' Songs of Travel in a rush-hour concert (5.45) followed by Winterreise - of course - with Robert Murray. This will be Winterreise with a difference - there'll be readings from the diaries of Scott of the Antarctic and a pre-concert talk by Peter Clarkson of the Scott Polar Research Institute in Cambridge.

In the late night concert, Mark Stone and Sholto Kynoch return for Dominick Argento's settings of words from Andrée's diaries. Above, one of the "lost" photos showing a photo of the site where Andrée's balloon crashed. It's amazing that the photos and diaries survived.

The second Oxford Lieder Festival weekend is themed around Benjamin Britten. James Bowman will be giving  a masterclass on Saturday afternoon, and is singing the keynote concert on Sunday 20th.  Britten was one of the first modern composers to appreciate the counter tenor voice. This is an aspect of Britten's work that';s rarely given the recognition it deserve : Bowman is in an ideal position since he knew Britten and sang the first Voice of Apollo in Death in Venice. This will be unique, from a historic and scholarly point of view. Lots more very unusual Britten this weekend, including Britten's work for two pianos, the Colin McPhee arrangements of Balinese gamelan. There'll also be a mid-week screening of Tony Palmer's Nocturne,  a new film on Benjamin Britten (reviewed here).

Wolfgang Holzmair has been a patron of Oxford Lieder for many years. He's much loved and appreciated in return. Holzmair is unusually erudite, even for a Lieder specialist. As a young man he said he could never sing Lieder with a non-native-speaking pianist. Then he met Imogen Cooper, and a legendary team was born. Cooper's Schubert is exceptional: she understands the spirit and the words as if by instinct. Moreover, they're doing Schubert's Mayrhofer settings, some of which are so beautiful that they make Mayrhofer sound (almost) as wonderful as Goethe.

Toby Spence, Kate Royal and Christoph Prégardien are giving important recitals. I'll be at Prégardien, for sure! But fundamental to the Oxford Lieder ethos is the idea of practical perfomance. Singing is an interactive experience.. Hence the numerous masterclasses and opportunities to sing and develop. Oxford Lieder has helped launch many careers, and enhanced appreciation of the art of song.  Fifteen years ago, Lieder had a relatively low profile in this country, except for top level, high profile events in the Wigmore Hall. Oxford Lieder changed things, dramatically. Young British and European singers and pianists now have greater opportunities to learn and to share. Audiences, too, have grown to cherish Lieder and art song as a genre with unique delights and values. I am honoured and privileged to have supported Oxford Lieder almost from the start.

For more information see the Oxford Lieder site
at October 17, 2013