China's new Piano Museum and why it's in Chongqing 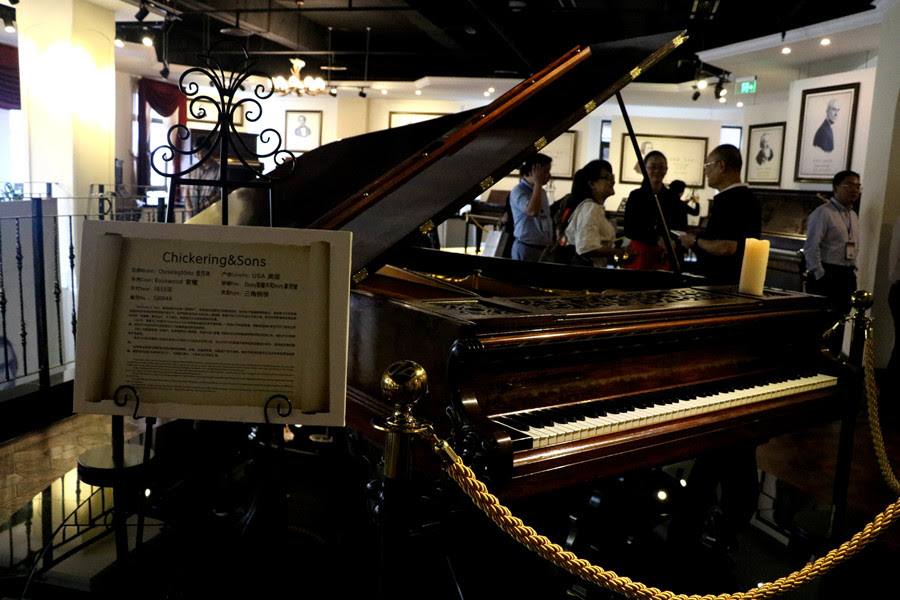 A new Piano Museum has opened in Chongqing in China. More than 200 rare pianos are displayed in 3000 sq meters of exhibition space in a purpose-built new building. The city of Chongqing, capital of Szechuan province near the foothills of the Himalayas, is a good choice. It's a city of music ,home to one of the liveliest music conservatoires in China, with a distinctive character. Yundi Li, a native of Szechuan and a graduate of Chongqing, gave the inaugural concert in the museum last week, and has also been named honorary director.   Pianos are a big, big deal in China, where music is considered a mark of education and culture. This isn't a recent phenomenom, either.  Conservatories were established in Beijing and Shanghai well over 100 years ago. Would that serious music - and learning - were treated with similar respect elsewhere, and not taken for granted. 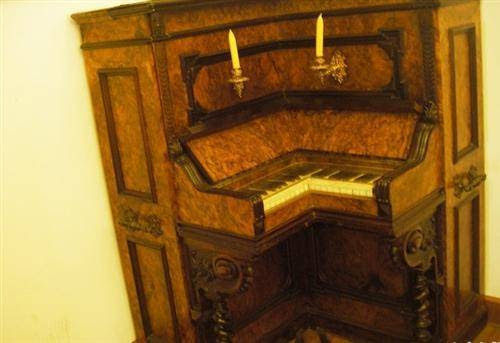 Since the museum is new, I can't find much information about the collection, but it include  an ancient eight-pedal piano, an antique hand-powered organ, an old four-corner piano, a gold-plated piano and the piano used by Camille Saint-Saens. This sounds a lot like the famous Piano Museum on remote Gulangyu Island near Xiamen, put together over many years by a piano devotee, and housed in his family's ancestral mansion. Tropical islands, however, aren't ideal for old pianos, so perhaps the Gulangyu collection has found a new home in a purpose-built museum. Certainly, Chongqing is more on the national music circuit, so there are associated concert facilities and plans to let visitors use some instruments.  Top photo shows the opening of the Chongqing Piano museum, other 2 photos show exhibits at Gulangyu. {on further checking it seems that Gulangyu was loaned to the island council for 10 years after which it went to the national government, who can afford big projects. So if anyone has more detail, let me know. PS Admission to Chongqing is free til 1st October.