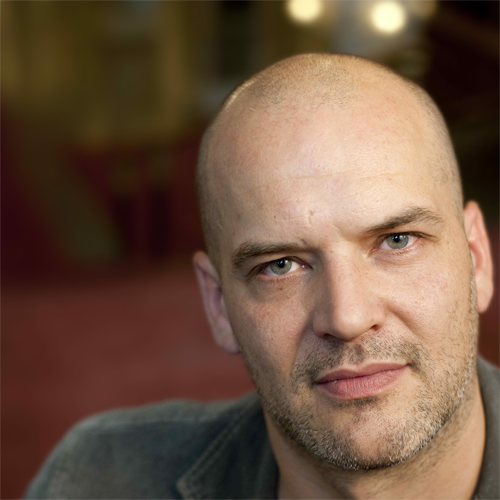 The Wigmore Hall's complete Schubert Songs series of 40 concerts began with a recital by Florian Boesch and Graham Johnson.  (Read my review here).  If anything, though, the second concert, where Boesch was accompanied by Malcolm Martineau, was even better. The programme was  beautifully planned, and the performance  exceptional, even by the very high standards of the Wigmore Hall.

Boesch and Martineau began, "at the beginning" with two very early pieces Schubert wrote while still a student at the Stadtkonvict, a school as forbidding as its name in English might suggest. But Schubert has Antonio Salieri for a teacher.  Quel innocent figlio D 17/1 1812 and Pensa, che questo istante D76 1813, are settings of poems by Pietro Metastasio. Metastasio (1698-1782)  was a prolific composer of operas and other vocal works, whom Salieri knew personally . To Schubert, Metastasio would have been almost a contemporary figure. Boesch and Martineau performed them so well that they seemed surprisingly sophisticated, showing that the young Schubert was absorbing the fundamentals of his art thoroughly from the finest models of his time. 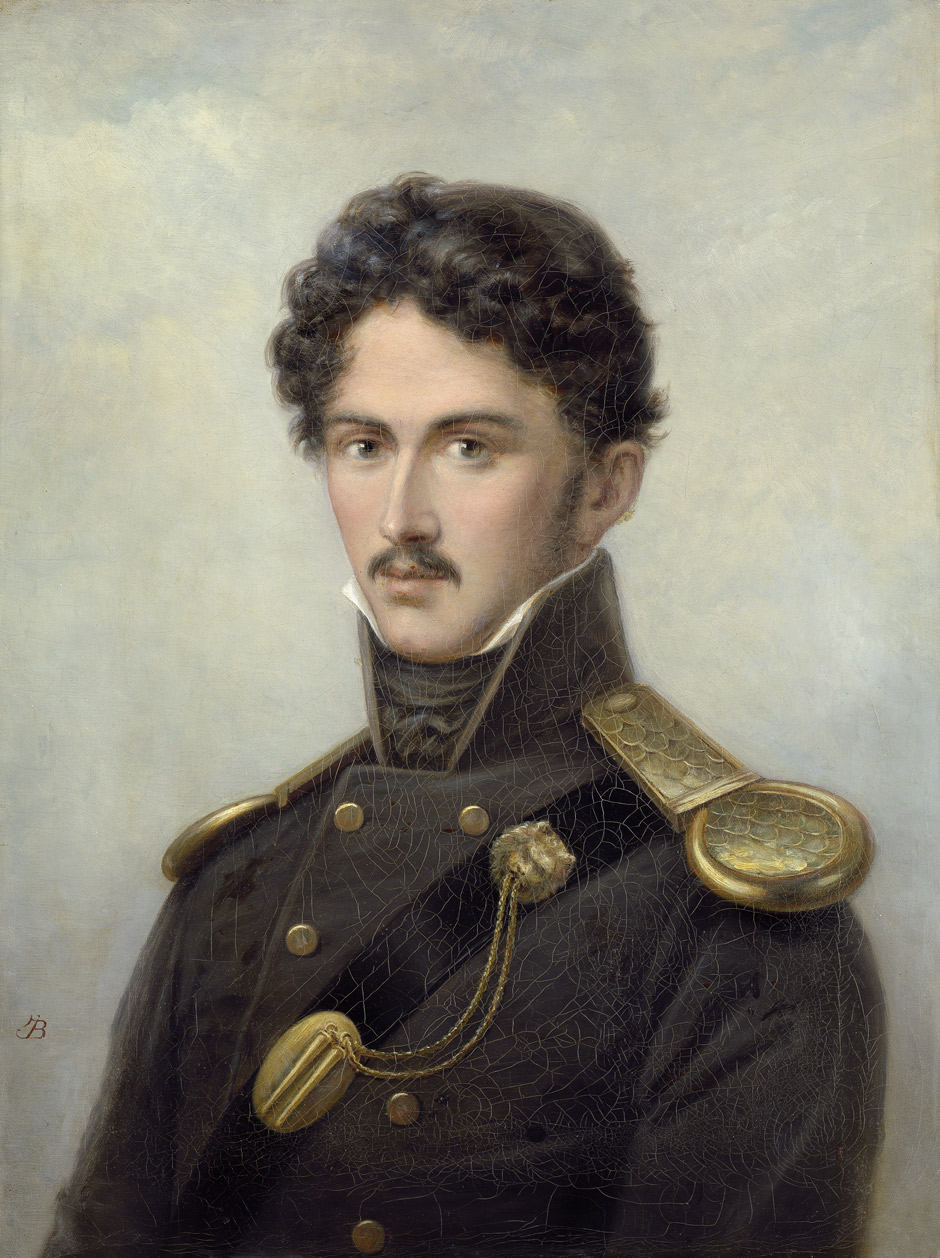 Nonetheless, Schubert was independent-minded, already immersed in German poetry and song. No doubt Gretchen am Spinnrade and other early songs will appear later in the Wigmore Hall series, but for now, Boesch and Martineau chose four of Schubert's eleven settings of poems by Theodor Körner (1791-1813), from 1815.  Amphiaraos D166 is a ballad in heroic mien. "Dank Dir, Gewätiger Gott" sang Boesch, "Dein Blitz ist mir der Unsterblickeit Siegel!"  The thunderbolt of Zeus is the protagonist's "seal of Immortality. Gebet wäjhrend der Schlacht D171 begins with forceful violence turning suddenly to prayer.  Körner was a patriot, a hero of the Lützower Jäger, freedom fighters against  Napoleon, in a period in which the Romantic ideals of German identity were forged.  Körner was killed in battle. . Schubert was a few years younger, and in no position to enlist, which gives the settings extra poignancy.  The mood changed completely with  Das war Ich D174, a song of love with a twist of humour and a delightfully pretty postlude. With a big smile, Boesch sang Liebestädelei D206. "Lass dich küssen" sang Boesch with total charm.

More contrast. Boesch and Martineau followed the lighter side of Körner with the declamatory ballad,  Die drei Sänger D329 1815 to a poem by Johann Friedrich Ludwig Bobrik. Schubert loved setting these sagas, though they are hard to carry off well without the communication skills Boesch and Martineau possess. Schubert didn't complete the song, so Boesch recited the rest of the poem so we could imagine what might have been. The story is familiar. It's a variation of the legend of  Der König von Thule, better known in the Goethe setting Schubert wrote at around the same time. Then, the lyrical dialogue between swan, eagle and doves that is Lebensmelodien D 395 1816,  to a poem by August  Wilhelm von Schlegel, brother of the more famous Friedrich Schlegel, of whom more below. It's a gentle song, made persuasive by the sheer grace of Boesch and Martineau's delivery.

Das Heimweh D 456 1816 (Theodor Hell) prepared us for the high point of the whole evening, a truly masterful performance of Der Wanderer D489 1816 to a poem by Georg Phillipp Schmidt known as "Schmidt von Lübeck". (He wasn't born a nobleman.)  Der Wanderer is the epitome of the whole Romantic aesthetic, so beautiful and so profound that it is, to many, an even greater masterpiece than Erlkönig.  Boesch and Martineau performed it with exceptional intelligence and sensitivity, bringing out its deepest undercurrents.  Magnificent phrasing, elucidating the inner patterns in the music, which enhanced meaning even further. This is why those of us who cherish Lieder appreciate the unique qualities of the genre.  Der Wanderer expresses emotions so universal that no-one with a soul could fail to be drawn in. Capping that astonishing  Der Wanderer would have been near impossible.  After the interval, Boesch and Martineau returned with another Der Wanderer D649 1819 to a poem by Karl Wilhelm Friedrich Schlegel, another great pillar of the Romantic revolution that transformed European culture. That might sound formidable, but what it means is that the Romantiker  shifted emphasis from externals to internals, from the public to the private.  Schlegel's Der Wanderer is a contemplative piece. While Schmidt von Lübeck's wanderer believes ""Dort wo du nicht bist, dort ist das Glück", Schlegel's wanderer finds peace  within himself. "Alles reinen seh' ich mild im Weiderscheine, nichts verworren....froh umgeben, doch allein". (All things I see clearly, gently reflected around me, nothing distorted, happy but resolutely alone). Sometimes it takes greater strength to come to terms with life. In its own way, this Wanderer is as inspirational and as challenging as the other.

The two Der Wanderer songs formed the centrepiece of the recital, whose programme was designed as elegantly as a rondo.   Three more Schlegel songs from 1820 followed, Die Vögel D 691, Der Schiffer D694 and Im Walde D 708  In the latter song, Schubert emphasizes the turbulence of "Windes Rauschen, Göttes  Flügel", Martineau playing with great vigour.  But Schlegel's message is more elusive. Boesch brought out the real depth in the song with the firm way in which he articulated the critical strophe, ""Tief in dunker Waldesnacht, freigegeben alle Zügel schwingt sich des Gedankens Mavcht". (Deep in the forest, in the night we aren't inhibited, so the Power of Thought is made free)  In a nutshell, the spirit of the Romantiker, without which we might not appreciate ideas like what we now call psychology.  and personal freedom.

Thus we returned, refreshed, to more Italian songs by Schubert, the Drei Gesänge D902 (1827), two of which are to poems by Metastasio, who had inspired the composer when he was was learning his trade with Salieri.  This time L'incanto degli ochi and Il traditor deluso are songs of genuine maturity, very much with Schubert's stamp of individuality. Boesch and Martineau delivered them with the grace they deserve   Elegantly framing these songs were three settings to poems by Johan Gabriel Seidl, Widerspruch D 865 1826 before and later Bei dir allein!  D 866/2 1828 and Irdisches Glück D 866/4.  The connections with the rest of the programme go deeper than language. In  Irdisches Glück  the text refers to a man who finds happiness in simple things, even though there are undercurrents of past suffering.  Seidl isn't a poet in the league of Friedrich von Schlegel, but the message isn't so different from that in Schlegel's Der Wanderer : we make of life what we can.  Is Lieder a lost art ? By no means, it's totally relevant to our lives today

This review also appears in Opera Today. The next recital in the Wigmore Hall complete Schubert Songs is on Sunday with Henk Neven.