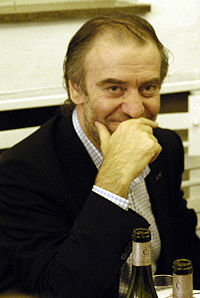 "Sometimes people think they are holding a magic wand"says Valery Gergiev in a remarkably candid interview. Note the source - Tass, the organ of the former Soviet State.   Read the article here.

Questioned about his demanding schedule, Gergiev explains "it's a conductor's job". At the level at which Gergiev works, orchestras have numerous conductors. It's a maestro's job to polish things. Working with different orchestras keeps a conductor on his toes, and nourishes an interplay between different orchestras. It's naive to assume that conductors have to stay in the same place all the time.  Many creative people thrive on challenge.Indeed, such challenges come with the job description for most good conductors. Gergiev can be maddening, and sometimes come close to the wire, but that's what makes him interesting.

Much more intriguing are Gergiev's thoughts on the relationship between the Mariinsky and the Bolshoi. If anyone has a tab on Putin's mind and the artistic scene in Russia, it's Gergiev, Heed his words.

Email ThisBlogThis!Share to TwitterShare to FacebookShare to Pinterest
Labels: Gergiev