Grumpy Old Man at the Proms 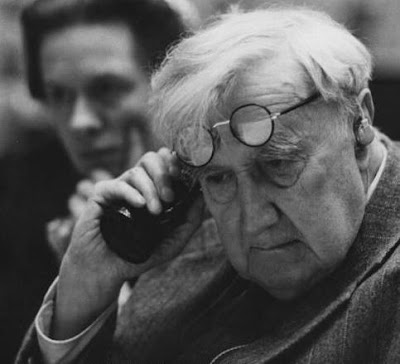 That was the week that was. It’s over let it go” sang the wonderful Millicent Martin in TWTWTW. Would that we could say something similar about the travesty of a Proms season which has just ended. I first went to the Proms in the 1950’s when Sir Malcolm ruled the waves, so I can look back for most of the last 60 years, but actually I don’t want to go there although I have to say that the dumbed down season just ended hardly compares, in my opinion, to the glories of past Prom seasons. No, GOM wants to have a go at the audiences and the management of the Royal Albert Hall. From this I must most emphatically exclude the seasoned Prommers themselves who endure the toughest conditions, listen with extraordinary attention and are a quite wonderful audience as any orchestra or performer who plays there will tell you.

No, it is the management and ‘seated’ audience who deserve a serious douche for helping to turn a once great institution, something to be cherished, into the equivalent of ‘a bad night at the Odeon’. For a start, is it really necessary, as now happens, actively to encourage people to bring drink into the auditorium? If you order a drink at a bar in the Royal Albert Hall you will probably be asked whether you want it for immediate consumption (in which case you will be offered a glass) or whether you want it to take into the auditorium (in which case you will get it in a plastic beaker, quite possibly with ice cubes to rattle). Add to this, that one can now buy popcorn in a cardboard container ‘to take in with you’ – personally I loathe the smell of popcorn and if I am in the Tube when someone gets on with fast food, I generally go and sit in another carriage – but in the Albert Hall one has no alternative but to sit tight and grit one’s teeth whilst they rattle their popcorn and shake their ice cubes.

Then the attendants themselves. What is the point of them? At the first of the recent Vienna Philharmonic concerts which started half an hour earlier than usual, Brahms 3rd Symphony was disrupted by hundreds, literally hundreds, of people being admitted and shown to their seats after the first and second movements. Cue extended break in proceedings and goodbye any chance of a normal cumulative concert-going experience.

And finally the ‘seated’ audience itself. Desultory clapping between each movement of a symphony aside, their behaviour frequently has to be seen (and heard) to be believed as they happily chomp through their popcorn, rattle their ice cubes, chat noisily, take photos on their mobiles (despite injunctions that no photography is allowed) and generally behave in a way that would be unacceptable in any public park on the warmest of days. For instance, at recent Proms I had two girls constantly snogging each other throughout one performance and, at another, a middle-aged pair spending the evening, he with one hand up her skirt. Between times the female of the pair asked me “When are we going to get the audience participation?” (I very nearly replied that there seemed to be plenty going on already). Poor David Attenborough seated next to us was meanwhile whacked on his knee by the person in front of him swinging vigorously on his swivel seat and then turned round to glare at someone in the box behind us eating noisily at the breathless close of the Scène aux champs.

To be perfectly frank, going to the Emirates stadium for an Arsenal game, one is now far more likely to encounter acceptable crowd behaviour any day, and actually to enjoy the experience.
at September 20, 2015

This reminds me of a Prom where a family of 4 were let in during a long, difficult baroque aria. I was close enough to see the singer's eyes register the interruption but he was too professional to be thrown off. Half an hour later the family left, nosily complaining that the singing was "in foreign". This is the kind of audience the government wants to attract in the name of "inclusiveness" ? They probably went away hating all forms of "elite" culture.