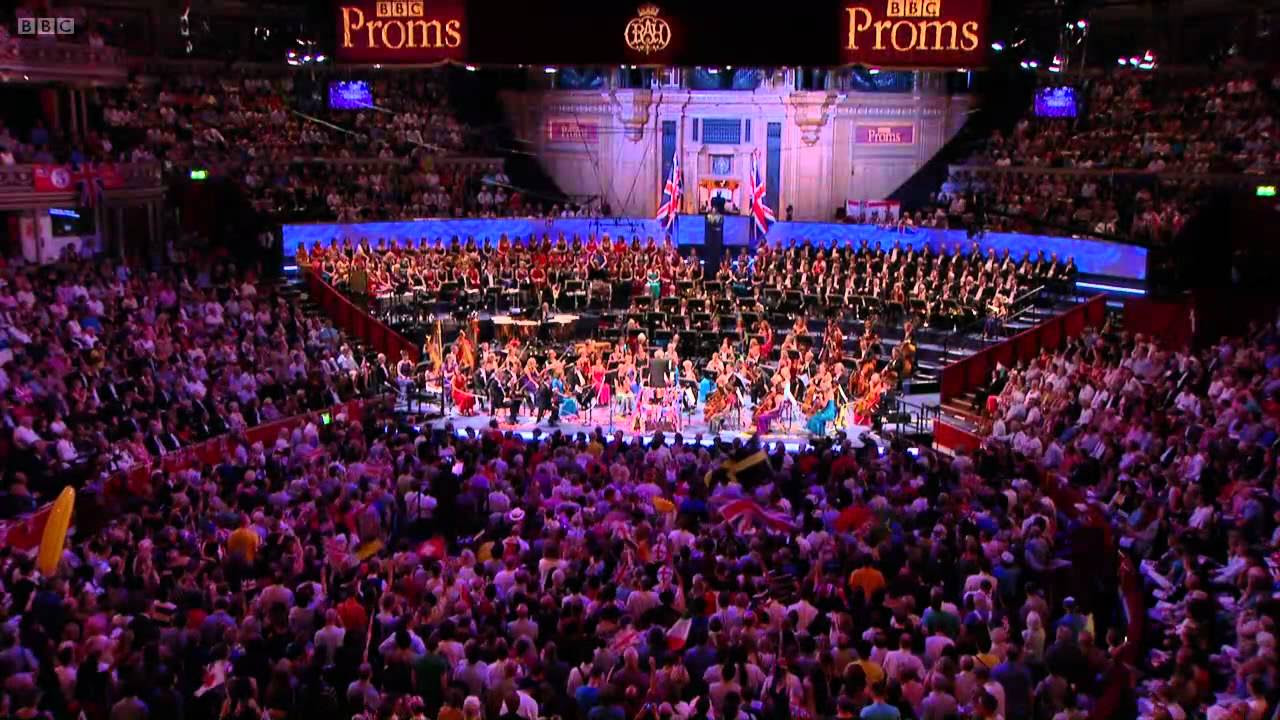 What went wrong? The Last Night of the Proms 2015 was a travesty.  Mechanically-processed mush. No one really expects serious music at the LNOP but that there's something interesting, done with style and pizzazz. This LNOP seems to have been curated by drones, applying tick-box principles. It must have looked OK in theory but in execution it was the opposite of pretty much everything the Proms used to stand for. Symptomatic, perhaps,  of the mindless malaise that's descended on the BBC.

Sir Henry Wood believed enough in people that he thought they could rise to the occasion if they were given good music.  Now,what counts above all is inclusiveness, a buzz word implying that people are too stupid  to rise above the lowest possible denominator.The "inclusiveness" mantra which now dominates arts policy is a stranglehold that will stifle the life out of the arts in this country. Far from populist, this mindset is anti-people.

Every Last Night of the Proms includes  a new work, generally anodyne, so in a sense Eleanor Alberga's Arise, Athena runs true to form, so shallow that it could have been written by Sibelius, the software, that is, not Sibelius the composer. At least with Shostakovich's Piano Concerto no 2 and Arvo Pärt's Credo we got some real music, albeit not premier cru.  Jonas Kauffmann might have saved the day but the JK we heard here wasn't the JK we know and love. A blatantly commercial plug for his new CD, which he himself has dissed. (It was this CD he dissed)   Upper levels of management must have forced him into this. He has too much integrity to be doing sham like this by choice. It's OK for JK to croon and for Benjamin Grosvenor to play jazz riffs (without verve) but such things need to be done with genuine wit. This LNOP was so calculated that humour didn't come into it.

Marin Alsop didn't help either. When she became the first female conductor to head the LNOP, that, at least, was news, of a sort, but second time around, the joke falls flat.  If the BBC cared about women conductors, why not find another, and someone more genuinely gifted? , Gender has nothing to do with music. While other LNOP conductors have used the platform to speak of music and ideals, Alsop's speech was about herself and her orchestras.  Time to change the record.  Making a fuss about a middle-class, well-paid professional for her gender is an insult to the millions of women all over the world who suffer far worse obstacles every day of their existence.

Why not Danielle de Niese as host? She has so much personality and doesn't need to sing to prove it.  Part of being a presenter means having to ad lib instead of wisely remaining silent (the curse of radio), but at least de Niese has flair.

Proms seasons are arranged years in advance - you can't book the Vienna Philharmonic on a whim. So much of this year's Prom season would have been conceived when Roger Wright's vision still held sway. We've had some very good Proms this year (two FX Roths, the VPO, Nielsen, Kullervo etc)  But the overall season was top heavy with gimmicks and trivia.   It was more like an advertsisng campaign for the BBC brand than a season about music. And like BBC self-promotion ads , comprised of snippets stuck together.

When David Pickard was announced as new director of the BBC Proms some assumed that he'd change things because he worked so long at Glyndebourne.  Fact is, one man can't stand up to a corporate philosophy of stupidity. Perhaps Pickard was chosen to lend the mindless suits credibility. He has political and management nous but not much background in broadcasting. But then non-experience seems to be the logic -- so much of the BBC top management doesn't have experience either

The BBC is a much loved National Treasure but now it's facing a battle for its very existence.  Where is the hate coming from? Politicians and those who want to grab personal profit from its demise? At a time when the BBC really needs to get its act together, it's falling prey to the very forces that have created the self defeating inclusivist, anti-elitist myth.

Ivan Hewett on the new Proms mentality. Alas, many people, incl many who should care about serious music, actually LIKE dumbing down.