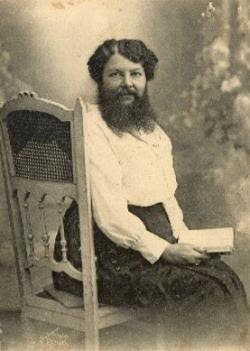 Stravinsky's The Rake's Progress started its 2010 run tonight at the Royal Opera House.

Like the Hogarth etchings of The Rake’s Progress, which so inspired Stravinsky when he saw them in Chicago in 1948, the music in this opera is stark and uncompromisingly spare: black and white, evoking the moral absolutes in the fable, as much as the Hogarth prints. It’s interesting to stage. The famous Glyndebourne production of 1975 (revived this year), used the concept of one-dimensional space, so the singers seemed to jump out of the background like images jumping off paper. That’s why this staging by the theatre artist Robert Lepage is so engaging. It’s a spectacular riot of colour, wonderful on the eye, yet it does bring out other significant elements in the opera, which is what good direction should do.

The idea of transposing The Rake’s Progress to Hollywood is perfectly valid as Stravinsky was fascinated by “the new world” of America in the 1940’s and 50’s. The real drama in this opera is between decadence and purity. Even Hogarth’s London is symbolic rather than factual, so the idea of Hollywood is perfectly sensible. As W H Auden said, the story is “A myth - it represents a situation in which all men, at least potentially, find themselves in so far as they are human beings”.

Lepage’s Hollywood setting is also valid because it captures the fundamental anti-naturalism in the opera. Film isn’t reality, but facsimile. Tom Rakewell’s mistake is to be taken in by surface appearances, instead of true values. What you see is not what you get. Nick Shadow convinces Tom that’s he’s a charming “servant”, but he’s really the Devil. So Tom gets sucked in, even though at heart he’s still basically a good person, as even Baba the Turk can see. The Hollywood staging allows some wonderful moments. The first scene comes straight out of Oklahoma!, the wide open horizon symbolising the prospects before Tom and Anne. Even more trenchantly, Nick Shadow is seen filming the action from up high on a camera rig. He’s “directing” the other characters, pulling their strings as though they are puppets. This expresses so well the sense of devious plot within plot that runs through this opera. Tom doesn’t notice the production crew with their booms and continuity boards.

Even more striking is the way Lepage creates the magic machine Tom thinks will turn stone into bread and save the world (while making him money). It’s a huge television set: feed the public illusion and they’ll lap it up. As Nick Shadow says, it’s marketing. Inside the set there’s a film of a small boy in a cowboy suit stealing a plastic loaf of white bread, so synthetic it bears no resemblance to real bread.

However, the very spectacle of this production leads to weaknesses. The brilliance of the first act starts to unravel in the scene where Baba The Turk and Tom sit by the swimming pool. Maybe this is Sunset Boulevard, but Baba is no deluded diva. The role may seem small but it is in fact pivotal. Baba is a counterfoil to Nick Shadow. He’s charming, she’s unloved. He’s seductive, she’s ugly. He’s respected, she’s sneered at. Yet she’s the real heroine, even more so than Anne Trulove. It’s she who sees through Nick and Tom and helps Anne understand the heart of the fable. And it’s she who can walk away from the disaster, because she has genuine strength of character. Baba may babble, but Baba survives!

Baba is such a powerful character that she shines through no matter what the staging. However, the auction scene doesn‘t have much impact unless Baba’s role is more sharply delineated. In this production, she disappears into the pool, which is fair enough, but audiences who don’t know the plot might wonder why she’s resurrected among the tawdry possessions being auctioned off. This too is a crucial scene because it addresses another important theme in the plot, that material things mean nothing in themselves. That’s subversive, even now, and would have been all the more so in the heady days of capitalism, after bleak years of war. Property is theft unless you’ve earned it. You can’t buy virtue at an auction any more than you can buy the Roman bust the auctioneer holds on high. The crowd scenes were well choreographed, as is always the case at the Royal Opera House, but in the libretto, the crowd is evil, getting their kicks from Ton’s distress. Perhaps the black costumes were meant to evoke vultures, which would be apt. But I suspect they were meant to imply that Baba was dead, though she’s not.

The lushness of this staging was impressive, and might have worked even better had the music fought back better. To use the Hollywood metaphor, this was a shoot out between staging and opera. Stravinsky uses baroque orchestration for a purpose. This is music to listen to if you don’t believe harpsichords can do extreme atonal dissonance. Neo-classical formality may shape the opera, but this is modern music, where old serves new. Harpsichords are vulnerable voices, easily overwhelmed. Just as virtue is vulnerable, overwhelmed by vice. Stravinsky expresses the moral dilemma in his music.

In a more minimalist production, elegant playing might be fine, but here a bit more savagery doesn't go wrong. The Hollywood Lepage evokes wasn’t paradise. McCarthy was hunting down artists and destroying people who didn’t conform to the rampant capitalist ethic this opera trenchantly derides. The Rake’s Progress is disturbing and even subversive. But there was little sense of danger in this production. For a moment, there was a hint of a “mushroom cloud” exploding in the centre of the stage. But it turned into a balloon shaped like a movie star trailer.