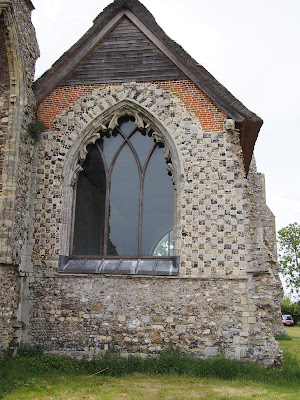 While everyone was at Peter Grimes on the Beach in Aldeburgh, true Britten fans were at the Church Parables at Orford. Curlew River is well established on its own merits but opportunities to hear it together with The Burning Fiery Furnace and The Prodigal Son are rare. The Church Parables will next be heard in Southwark Cathedral in London (tickets from the Barbican) and at the Buxton Festival. But hearing the Parables in Orford is a special experience. They were written to be performed in St Bartholomew's church there. Frederic Wake-Walker's production with Mahogany Opera takes its cue from the design of the building and from the landscape surrounding.

Curlew River (1964) is the most innovative and visionary Parable,  (see my review here) but The Prodigal Son (1968), is much closer to a medieval mystery play. The stylized ritual movements are very much part of this ancient tradition, and relate to the spartan orchestration. The production premiered earlier this month in a chapel in the Hermitage, in front of the very Rembrandt painting Britten and Pears saw when they visited St Petersburg. Hence colours of red, gold and ochre. As Claire Seymour points out in her book, The Operas of Benjamin Britten : Expression and Evasion, The Prodigal Son may have had many extra levels of personal meaning for Britten, so its apparent simplicity is deceptive. Mahogany Opera's production focused more on the church setting.  The father does no violence and understands that the son needs to make mistakes in order to mature. 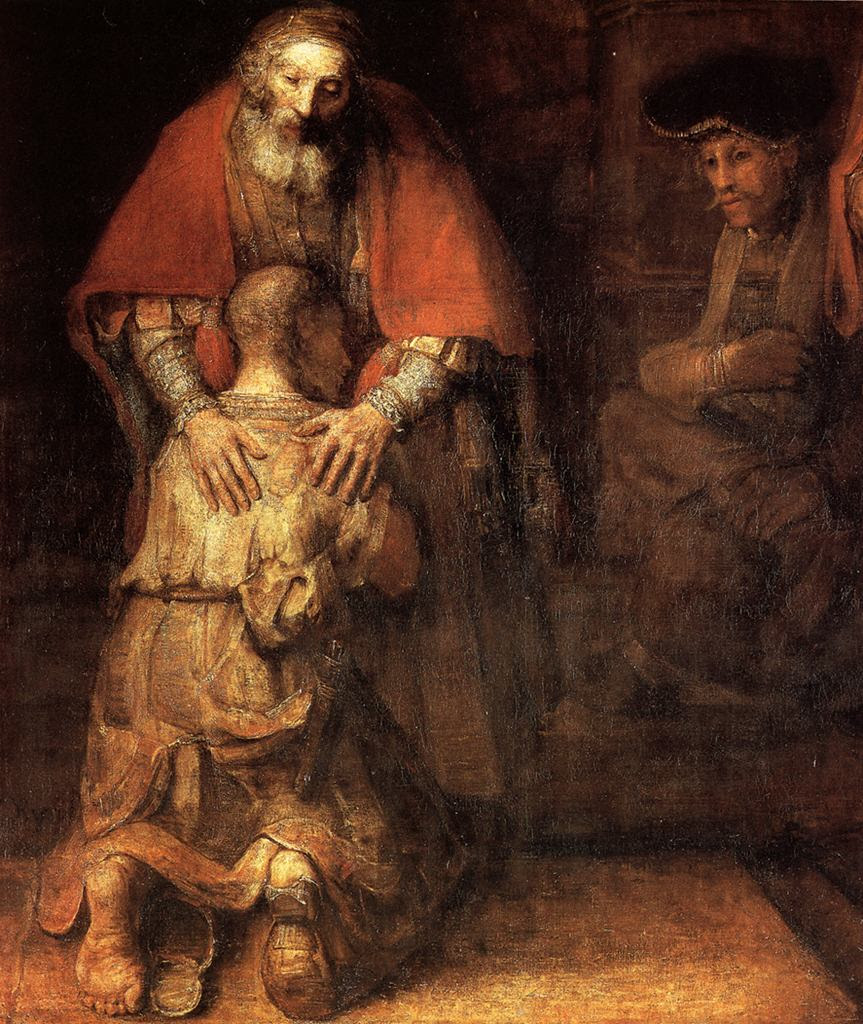 The Burning Fiery Furnace (1966) stimulated a more inspired response. Frederic Wake-Walker drew on the subtle parallels between this work and Curlew River. The Babylonians are "exotic": gorgeous costumes, elaborate vocal lines, music which mixes pomp with sensuality. The Entertainers are boys dancing in vaguely Balinese costumes, their movements angular and ritualized. .In Indonesia, Britten and Pears watched wayang puppet theatre, where puppets are shown in silhouette. The real "drama" comes from the shadows thrown on the wall behind. It's a brilliant metaphor for Britten's personality.

Britten creates the Fiery Furnace in his music and the players of Mahogany Opera act it out visually. The Babylonians converge over the three exiles, Shadrach, Meshach and Abednego. The Babylonians wear red caps, and gloves. Their head bob up and down, their hands raised in jerky movements like fluttering flames. Again, intelligent lighting design (Ben Payne), this time creating huge shadows that reached way above the stage. Their music roars. Britten has built the image into his orchestration. James Gilchrist sang Nebuchadnezzar and Lukas Jakobski sang an extremely impressive Astrologer, his voice booming with resonance, reaching the deepest recesses of the Church at Orford. The exiles aren't intimidated. Their God doesn't do graven images. They survive because they have faith in purity.

Claire Seymour will be reviewing this production of the Church Parables for Opera Today.
at June 19, 2013