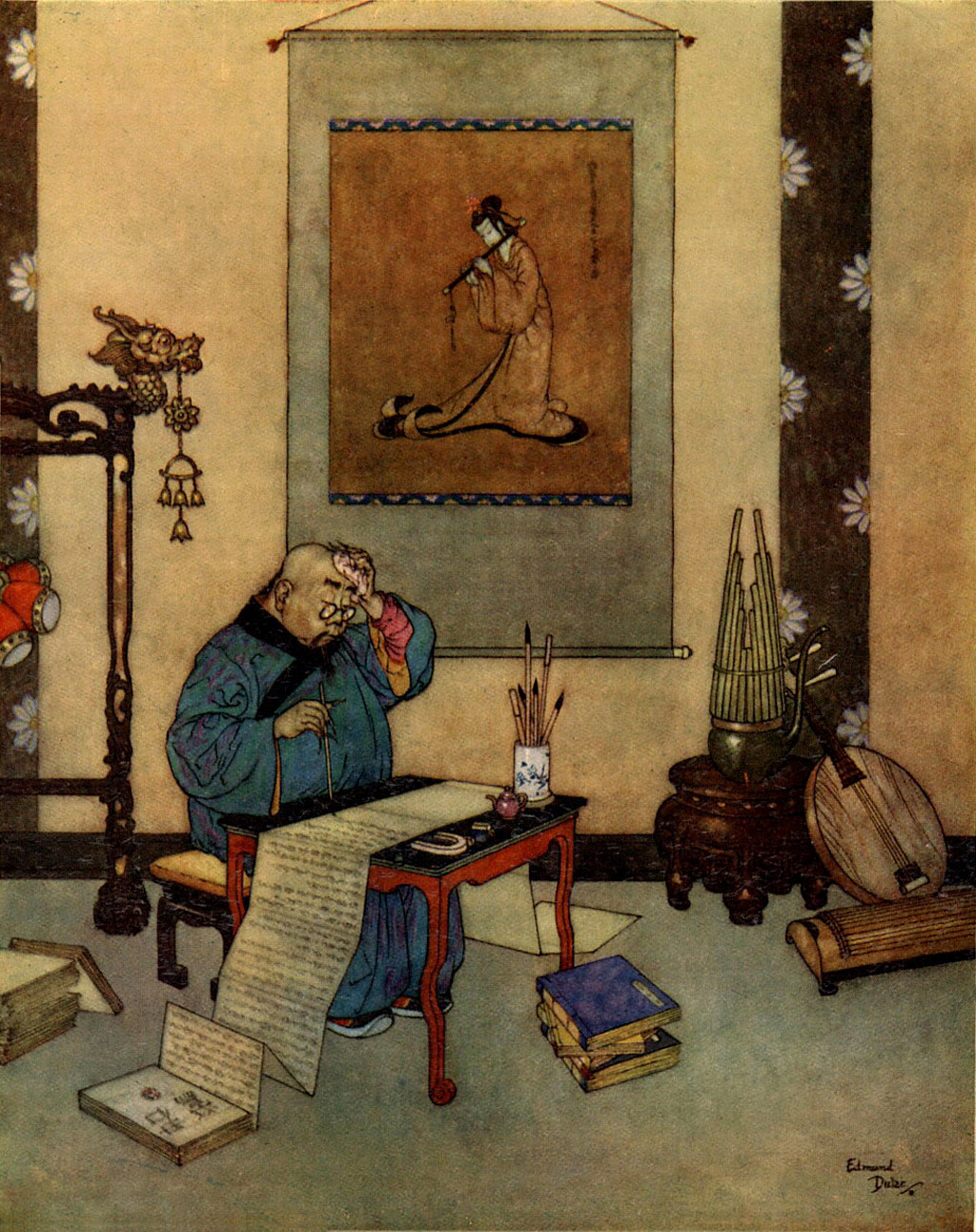 Serious music doesn't need to be dour. Oliver Knussen connducted the BCMG at Snape, Aldeburgh, in a programme that sparkled with wit and whimsy. Really serious composers have nothing to fear from humour.

Britten's The Sword in the Stone (1939) was written for children's radio, when the media took children seroiously enough to give them real music instead of pap. Bright children could get hooked on real music for life. This is so vivid that any imaginative child can visualize the story. It's very superior music for cartoons, which Britten enjoyed.  Trumpet calls  and mock marches describe the young prince.. Rumbling bassoons suggest old Merlin rumbling along trying to keep his dignity. Who else has drawn a sword from a stone (or rather a World Ash Tree? Britten also parodies Siegfried's journey : the wood dove here sounds like a curlew, suggesting that Britten was hinting at thoughts children as sensitive (and odd) as he would have intuited beneath the surface charm.

Hans Werner Henze was fascinated by Britten and by Aldeburgh, so Knussen returns the compliment with Henze's The Emperor's Nightingale ( L'usignolo dell'imperatore) (1959) . Again, the starting point is fairy tale, and the movements describe the different characters. The Nightingale is defined by flute and the mechanical nightingale by piccolo. Marimba, celeste and bass clarinet suggest exotic, diaphanous mysteries. Like the Emperor, the listener is seduced, Gloriously translucent textures, beautifully realized.

Pierre-Laurent Aimard joined Knussen and the BCMG for Elliott Carter's Dialogues (2003), with which he has been closely associated. Dialogues evolves from a fairly simple cell of patterns but is the basis for a vibrant exchange between piano and orchestra. Sometimes they are in harmony, sometimes they disagree, but it is an engagement. The soloists have “voices” as if they were highly individual characters having an animated discourse. Rhythms and tempi are also in constant flux. The piano attempts to dominate but is knocked back by the others. The cor anglais is particularly droll and a high woodwind screams in short bursts. The piano growls with menace then launches into a very fast, almost manic run, but is stopped in its tracks by an exclamation from a high-pitched piccolo. I though of a cartoon policeman blowing his whistle!

Carter's Dialogues II (2010) received its UK premiere. In keeping with Carter's "late, late style" it's pared down to essentials. This time, the piano rumbles, like an angry bull poised to charge. The brass is more assertive. Less whimsical and inventive than Dialogues, Dialogues II feels like a rematch where the combatants are having one last bash for old times's sake. t doesn't feel aggressive though. At the end, there's a wonderful extended chord  where the whole ensemble sings in unison and the piece ends, suddenly, with great emphasis.

Magnus Lindberg has also long been associated with Aldeburgh, so Red House received its premiere with Knussen, an old friend. The piece is panoramic in concept, a "landscape" piece that evokes the spirit of Aldeburgh. The Red House was Britten's home, secluded in woodland but not far from the sea. Broad, sweeping arcs of sound suggest wide, open horizons. The skies over Aldeburgh, the beach and  the ocean, bracing winds, blowing in from Northern Europe : all symbolic of Britten's music. Lindberg also suggests aspects of Britten;s work, from the diaphanous Sea Interludes to the mock-heroics of the Elizabethan works. The piece is very Lindberg, though. I was reminded of his Seht die Sonne from 2007.

Witold Lutoslawski's Venetian Games (1961) is a mood piece suggesting Venice, its canals and perhaps its relationship wiuth the seas beyond. Knussen's programming is fiendishly erudite and part of the fun of listening to his choices comes from figuring out his "devious games".  Here he connects Lutoslawski to Henze (where the Emperor's Nightingale premiered) and to Britten, who of course was inspired by Venice. It's an early piece, heavily influenced by John Cage's ideas of chance and adventure. Knussen enters aleatoric mode with playful delight.
at June 26, 2013