Great Führer of the sausage people 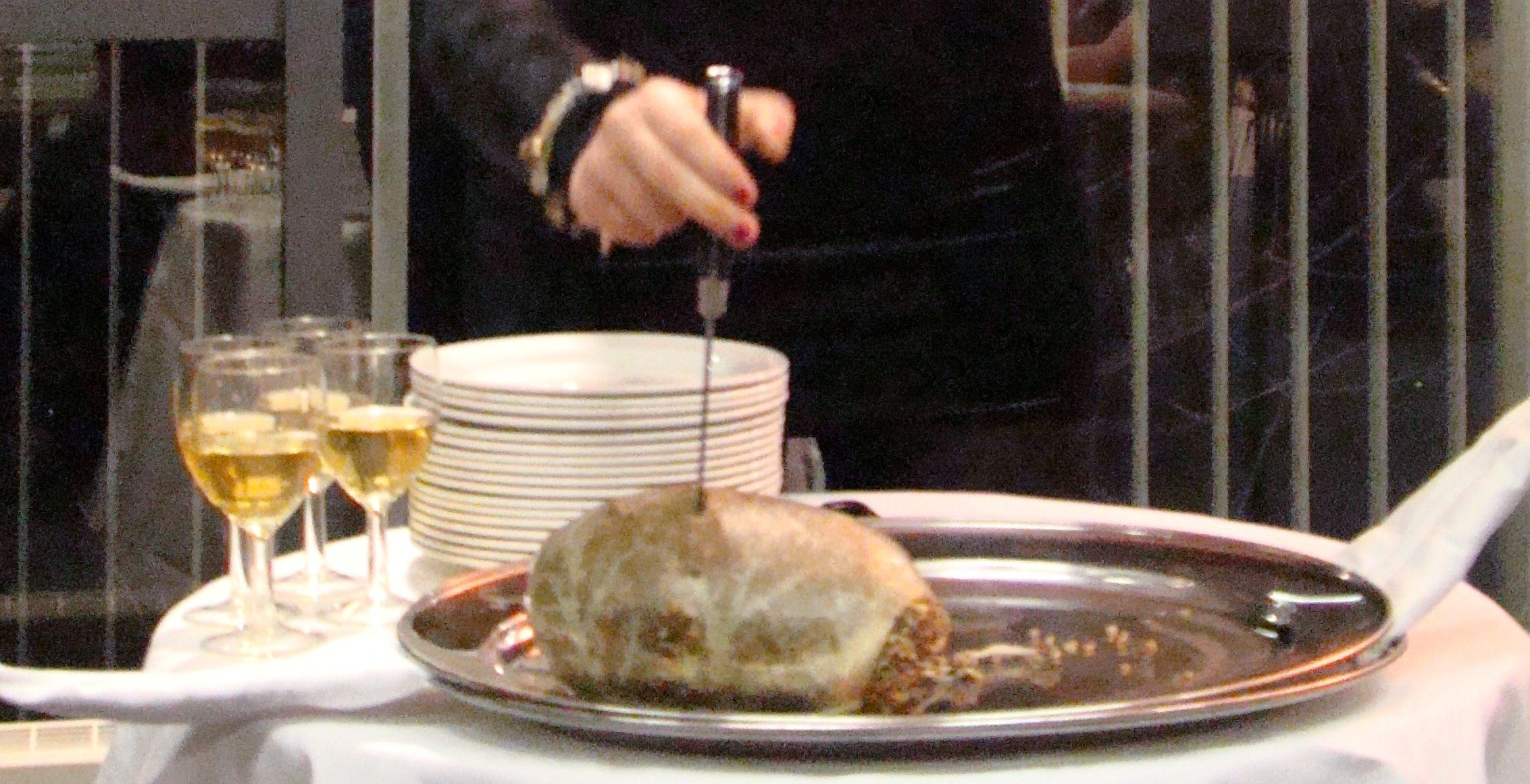 All you really need to get into The ROH Rossini La donna del lago is that a) it is a work of art based on a work of fiction that was consciously created to revise history and b) that Rossini was Italian. Why else is the guy writing Italianate bel canto trills if he's writing "about" the reality of Scotland? What do composers know about opera!

.All works of art are works of the imagination. Even history is a form of performance art because it can be reshaped through interpretation. And so to the Haggis, which appears in the John Fulljames staging. You don't need to know about the Celtic Society seen dining in the opera to get what the image means. All you need to know is what a haggis basically is, which isn't exactly rocket science. And if you don't know, you can find out.

Haggises are simple cheap food,made from offal and stored for times when fresh meat and veg were scarce. They weren't even Scottish. But they "became" symbols of Scotland when Robert Burns wrote a poem about them and the Celtic Club turned them into a cult. From poor folks' nosh to posh toffs' parties. Nowadays  haggises are siupposed to be served with semi-religious ritual on Burns Night, and stabbed in solemn fashion with a knife. Maybe it's a re-enactment of some Jungian memory of hunting real beasts in wild woodlands. Or it's a total send-up! See how easy it is to create culture and history? Anyone can do it if they try. There's no such thing as "fixed" history. Or performance.

Now for .the Great Führer of the sausage people.  A friend mailed me today to say:
"On Burns Night the Scots recite Burns's lines on the haggis when they stab the beast. Thus:

At a Burns Supper in Germany Burns's Lowland Scots lines had been translated into German. They were than translated back into English, thus:

A blessing on your honest, ruddy countenance,
Great Führer of the sausage people

So you don't need to know much to get an opera. But you do need to take on board the fact that you don't know everything. We all have different levels of general knowledge but the skill lies in a) using your brain and much more important b) realizing that other peoiple might just have something to say.