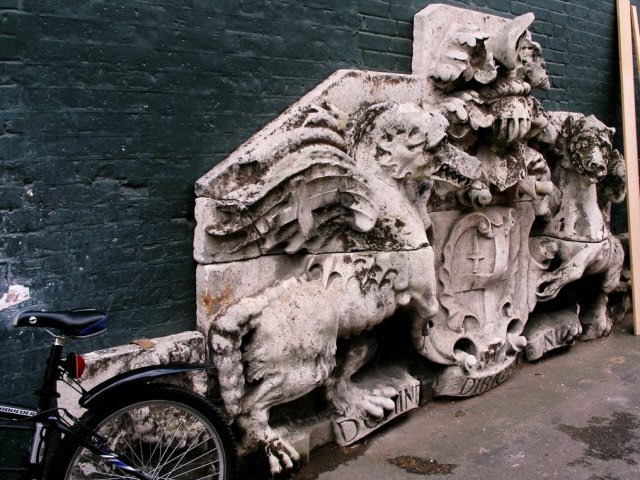 The City of London Festival started Sunday. This is the biggest and best CoLF in ages - more events, more venues and an extremely well planned programme that brings together many different aspects of London's cultural and historical heritage. Read my summary of the programme HERE.

The major highlight next week will br Benjamin Britten's Church Parables in Southwark Cathedral.  This is the same Frederic Wake-Walker Mahogany Opera production heard earlier at Orford Church as part of the Aldeburgh Festival. Hearing all three pieces together is special, because it brings out the connections and underlines the structure central to their conception.  All three Parables begin and end with formal processions, where monks intone Latin plainchant.  Britten makes the connection with non-western music and specifically Japanese Noh theatre. Both are emotionally remote, allowing the suspension of ego. Thus ritualistic stylization is absolutely fundamental to Britten's conception. It's in the music and was also in the original stage instructions. This production expresses the ideas extremely well. Ignore anyone who thinks Britten's interest in non-western music was late flowering or that the staging should be naturalistic. Read my reviews of the performances at Orford Church : Curlew River and The Prodigal Son and The Burning Fiery Furnace.

Aurora Orchestra who play - and act -  in the Church Parables will be giving a concert on Sunday 7th at LSO St Luke's - Boulez Mémorial and Beethoven 8th. If you need another Britrten fix, Tony Palmer's film Nocturne is being screened at the Barbican on Tuesday 7th. It's good, one of his better films. Read my review HERE.