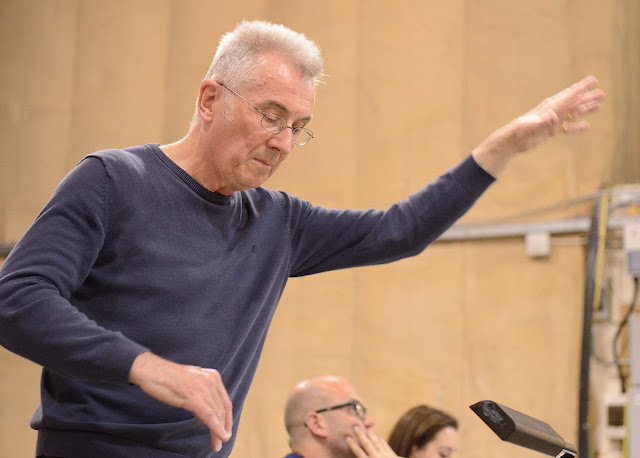 Rossini's Maometto Secondo receives its British premiere at Garsington Opera at Wormsley this weekend. "It is a masterpiece, says David Parry, the Rossini specialist. Garsington Opera was in the vanguard of the revival of interest in Rossini's work. It is very much a "Rossini house".  I love this opera and wouldn't miss this for anything. There are recordings and even a DVD (not very good) but hearing it live at Wormsley will be an unforgettable experience. Last week, I went to the rehearsals in freezing cold and rain. This weekend, though, there will be glorious sunshine and the gardens will be lovely. Read HERE in Opera Today what David Parry says about Rossini Maometto Secondo.

"All the parts are written with amazing coloratura passages, but that´s not simply for display", adds Parry. "It is a dramatic device. Its principal function is to push singers to the edge of their abilities to project the extreme situations they are singing about".

"Rossini knew the singers he worked with in Naples very well, and knew what he could expect from them. His first Anna, who premiered the role, was Isabella Colbran, whom he later married. Fillipo Galli, who sang Maometto, had a range of over two octaves and was one of the most celebrated basses of the time."I have heard many difficult operas in my life, but Maometto Secondo is one of the most demanding for voice."
photo credit : Studio Elite
at June 05, 2013