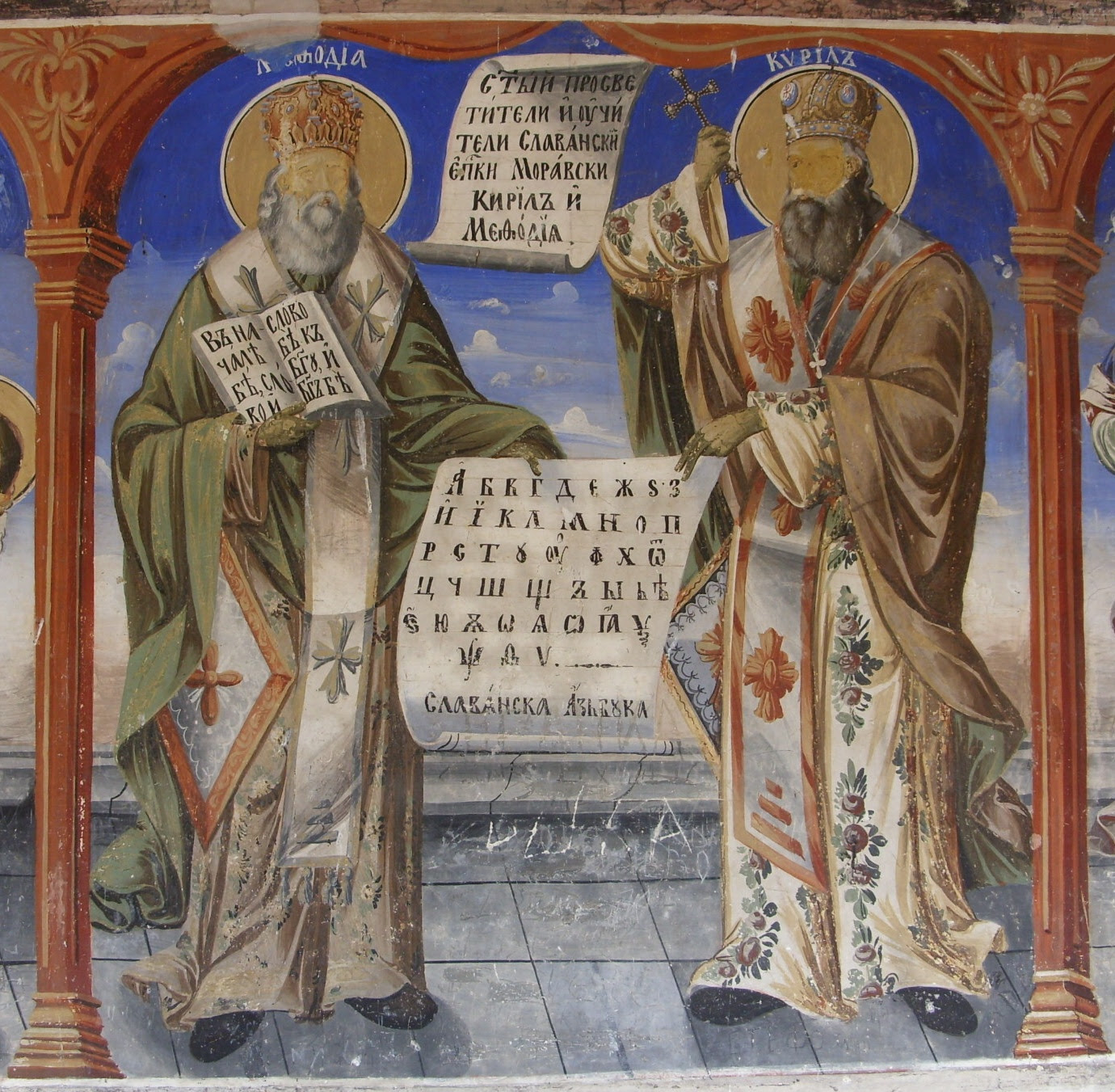 Fabulous sense of occasion, the First Night of the Proms 2011. "Stars, night, music and light", a wonderful way to start the season. Pity the piece, commissioned specially from Judith Weir, is only 4 minutes and insubstantial but it's a nod to the rote cliché that the Proms don't do enough British and female composers.

This year's star pianist was Benjamin Grosvenor, at 19 already an 8 year veteran of the BBC Young Artists Programme. I enjoyed his Liszt but it's not really my thing. Much sparkier, for me, the Brahms Academic Festival Overture, which when done as well as this shines and adds to the sense of occasion.

But the real substance came with Janáček's Glagolitic Mass. Jiří Bělohlávek's Janáček is distinctive and idiomatic. He's transformed the way Czech music is heard in this country. This was a wonderfully affirmative Glagolitic Mass, full of vigour and energy.

Although the piece takes religious form, the faith Janáček is celebrating is the Slavic soul. Some time before the piece was written, the Papacy had made special dispensation for Mass to be said in Slavonic instead of in Latin as was the norm then. This was hugely symbolic since it gave legiitmacy to Slavic independence at a crucial point in time. Janáček's nationalist instincts were fuelled. The Glagolitic Mass commemorates the ancient roots of Slavic culture, just as the Sinfonietta  celebrates the birth of the modern Czech nation. The Glagolitic script, seen in the painting, dates from the 8th century, long before the Hapsburgs consolidated their grip on Bohemia. This Credo isn't about the "Catholic and Apostolic Church" so much as Janáček's faith in secular and national Resurrection.

When Pierre Boulez connducted the Glagolitic Mass at the Proms in 2008, he brought out the craggy, uncompromising structure in the piece so it felt rough hewn, as if it were crafted from stone and natural forces, for this is a remarkable piece of music, coming only 15 years after Stravinsky's Rite of Spring. Bělohlávek's approach is much warmer but also firmly unsentimental,  because he knows freedom is hard won.  Hence the lovingly shaped "Janáček:" signatures, star motifs and quirky whips of melody that leap out provocatively, integrating the piece more closely with the composer's earlier work. Bělohlávek shapes the dense angular blocks, so the sudden traceries of brass zip through brightly. At the end of the Slava, the Amin, Amin's are ferocious. Truculent timpani ! The massive Royal Albert Hall organ enters gradually, almost quietly, so whern it bursts forth in the Allegro, it feels explosivce. A mighty force has been biding its time.

Both Bělohlávek and Boulez bring out the depths of the Glagolitic Mass -- in different ways. Bělohlávek has by far the greater advantage with his singers. No comparison, in fact. Bělohlávek's also a good conductor for voice. Not many are. While Boulez's tenor (Simon O'Neill) faltered, Stefan Vinke for Bělohlávek is a match for the big orchestra, a defiant individual against vast forces. Hibla Gerzmava, Dagmar Pecková and Jan Martinik have all worked with Bělohlávek before, and clearly have the measure of this demanding piece. In fact I can't remember hearing it sung with such committment. The BBC Singers and BBC Symphony Chorus sound inspired, even by their usual extremely high standards  Maybe this will make it to CD, as it deserves to be preserved.

An important note on the edition of bthe Glgolitic Mass used in this performance  "The Glagolitic Mass was given in a new edition by Jiří Zahrádka and Leoš Faltus, which apparently restores passages simplified prior to the first performance in December 1927. According to the programme, the changes included simplification of rhythms, removal of the ‘offstage’ marking for a passage for three clarinets in the ‘Věruju’ (Credo) and cuts to both that movement and the ‘Svet’ (Sanctus). More may be read here concerning the edition, which Zahrádka modestly terms ‘an informative curiosity of sorts’.(Mark Berry in Opera Today and Boulezian)

In the meantime, this Prom can be heard again for seven days from Monday on the BBC listen again facility. It's also on TV, and will be repeated. Please use the BBC Proms button on the list of sites on the right of this site - it gets you straight into the Proms section so you don't need to navigate the whole BBC site.  Lots more coming up, so please keep coming back. In the meantime, here's a link to Rupert Murdoch, eat your heart out, which contrasts the Proms ideal with News International.  Tomorrow, Pappano conducts Rossini William Tell. Here's a link to a full download of the opera from Rome in 1953.
at July 16, 2011

I've written more about Janacek because it's a subject I know and care about. That's only ethical. Knocking Janacek and Belohlavek to boost Grosvenor is infantile. Grosvenor doesn't deserve that kind of destructive "fan". It won't help his career.